Born in India, immigrated to Thompson MB in 2011, and moved to Winnipeg in 2012.  Patel came to Manitoba and made himself known immediately by winning gold in his first provincial U15 tournament at the Wildewood Club; and that was just the beginning.  Since then Patel has won several provincial titles in both singles, doubles and mixed doubles, and has represented Manitoba in Junior National Championships, Western Canadian Team Championships and Western Canada Summer Games.  Just 1.5 years ago he won Bronze in U17 Boys Singles at Junior National Championships in Winnipeg, and now two years later he’s looking like he’s on a similar path as he’s won silver and gold in the only 2 national junior circuit tournaments of the year so far.

Just to add to his collection, Patel also won a bronze medal in U19 Mixed Doubles by pairing with Ontario’s Cara De Belle, a partnership that was newly formed in Winnipeg at the Prairie Junior Elite in September, and just attempted for the first time in Edmonton.

Granted, 4 of Canada’s top players are currently in Spain at the World Junior Championships, but Patel has shown himself a contender for a national gold medal on several occasions and has typically thrived under pressure.  It would not be a surprise to see Arnish representing Canada in the next Pan Am Junior Championships in Markham, ON next summer!

Next on the docket for Arnish though is the Western Canadian Team Championships Tryouts in November, followed by the actual competition in January (assuming he makes the team…).  Until then, Arnish plans to continue his rigorous training schedule at the Winnipeg Winter Club, and keep up with his grade 12 studies at Fort Richmond Collegiate. 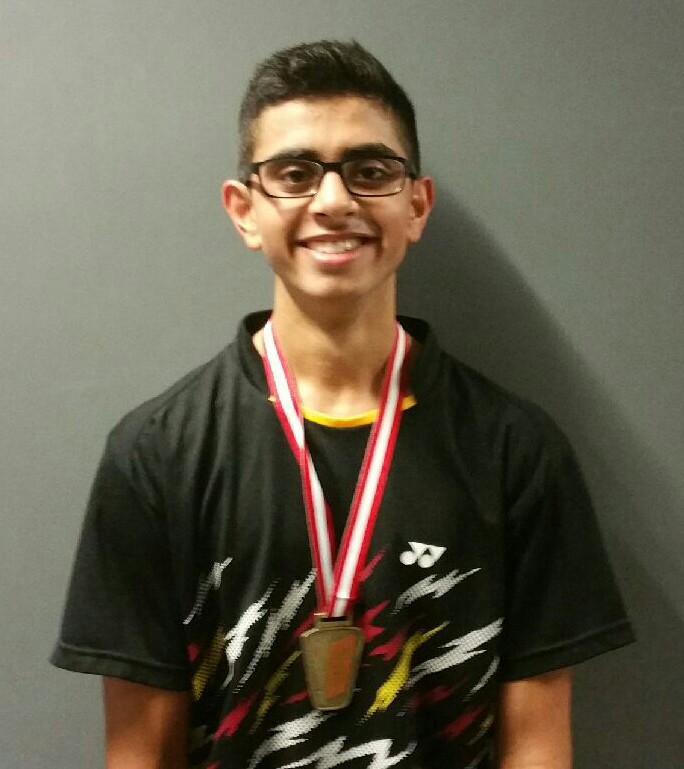