WALSH FIFTH IN KEIRIN ON FINAL DAY OF TRACK COMPETITION

Cycling Canada –​ Gold Coast, Australia, April 8, 2018 – Canada completed the track events at the Commonwealth Games on Sunday with Amelia Walsh making the medal final in the women’s Keirin, eventually finishing fifth overall. Canada was one of six nations to win medals in the track event, finishing with two bronze medals.

The last day of competition at the Anna Meares velodrome in Brisbane had four medal events, with Canadians entered in every one. The first medal was awarded in the women’s Scratch Race, with Allison Beveridge finishing seventh after a last lap surge. Amy Cure of Australia won the title. 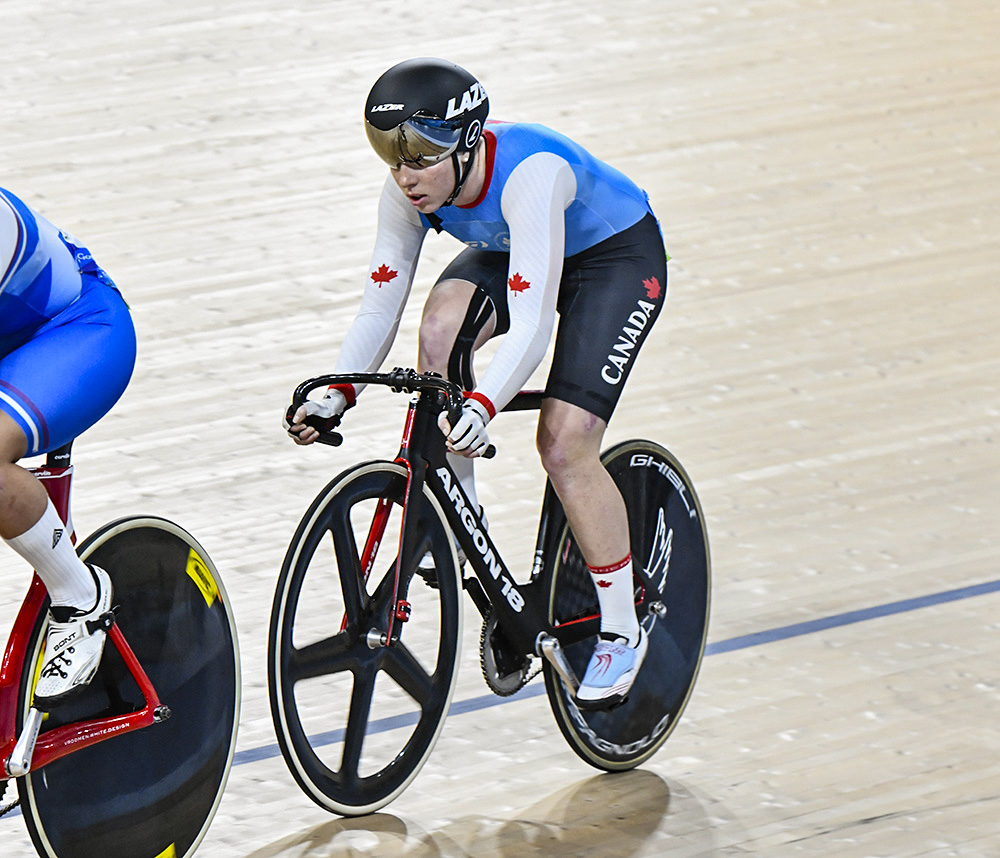 “It’s been a long season, and we peaked for Worlds,” said Beveridge, “so unfortunately we came here not feeling as physically prepped as we would have liked. I knew I didn’t have too many bullets to spend in the race, and I couldn’t quite get around the other sprinters at the end of the race.”

The Australians continued to dominate in the women’s Keirin, finishing 1-2. Walsh, who originally did not make the six rider medal final – missing by one spot – was moved up to ride in the final after another rider was relegated in the semi-final round. In the final, Walsh was at the front for the early part of the race, before being caught and passed in the final lap and a half. Lauriane Genest did not make the medal final, but won the ‘small final’, to finish seventh overall.

“I found out ten minutes before the Final that I was back in the race,” said Walsh. “I had gone to the athlete lounge to cool down a bit, and Franck [Durivaux, head coach] came running in. It was a bit of a rollercoaster this week after getting disqualified in Team Sprint [after qualifying for the bronze medal final]. So I was really happy to make the Final today; I believe this is my first Keirin final at the international level. It’s always a pleasure to represent the maple leaf, and it didn’t quite sink in until I walked in the velodrome the other day and the stands were full.” 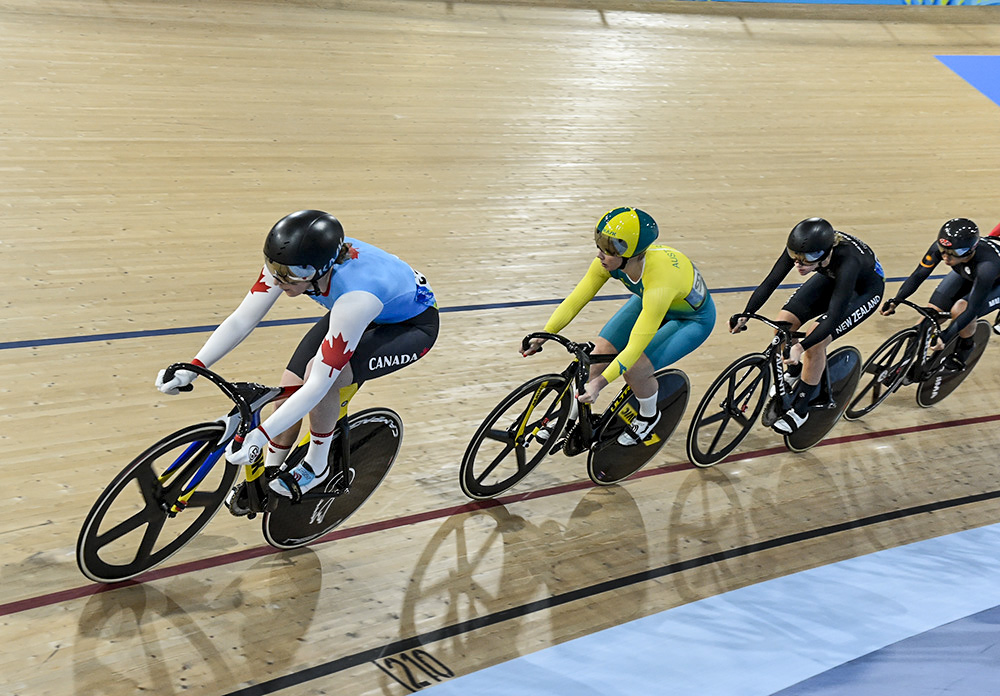 “The Kilo is one of my favourite events and I gave it everything,” said Ritter.  “Unfortunately, I didn’t go as fast as I would have liked to. We’ve changed the gear I ride since Apeldoorn [world championships], and it’s faster off the start, but I think I pushed too hard in the second half, and I really didn’t have anything in the last lap. This was an incredibly special event to participate in; the fans are absolutely amazing, they really push you.”

The track session concluded with the men’s Points Race, and Canada was able to put two riders through qualifying and into the final – Michael Foley and Jay Lamoureux. Lamoureux featured in a couple of breakaways, and eventually finished in 14th place, while Foley did not finish.