Cycling Canada – Lenzerheide, July 10, 2017 – Canada did not score any podiums at Round 4 of the XCO World Cup in Lenzerheide, Switzerland, on Sunday, however, Peter Disera (Norco Factory) had his fourth straight top-10 in Under-23 Men, while both Emily Batty (Trek Factory) and Catharine Pendrel (Clif Pro) finished in the top-10 in Elite Women.

Both Batty and Pendrel moved up strongly in the opening laps of the Elite Women’s race, with Batty reaching fourth and Pendrel sixth.  However, altitude and a tough rain soaked course – that was shortened by a lap halfway through the race due to the conditions – caught up with them.

Batty, after finishing fifth last week in Round 3 in Andorra, had a strong start and was fourth after the first lap.  She faded a bit in the middle of the race, dropping to eighth, before recovering in the final lap to finish seventh.  Catharine Pendrel, who struggled in Andorra and started at Lenzerheide on the third row, had a much stronger race this week, setting the fastest lap time on the second lap and moving up as high as sixth before fading in the last lap and a half to drop to tenth.  Haley Smith (Norco Factory) finished 23rd, her best result of the season, Sandra Walter (Canadian National) was 27th, Catherine Fleury (Canadian National) was 41st and Cindy Montambault (Canadian National) 50th.

“I’m disappointed with today’s performance,” admitted Batty.  “I was hoping to build on my successes in Andorra, and I prepared well. The form is there, and I delivered a great start, but I honestly needed more times splits or position feedback during the race to target a better result and find my rhythm on the course. I also made a few little mistakes which all adds up, especially when the level of racing is extremely tight on a track like Lenzerheide. I’m well within the winning position, I just need to find a way to close that gap.” 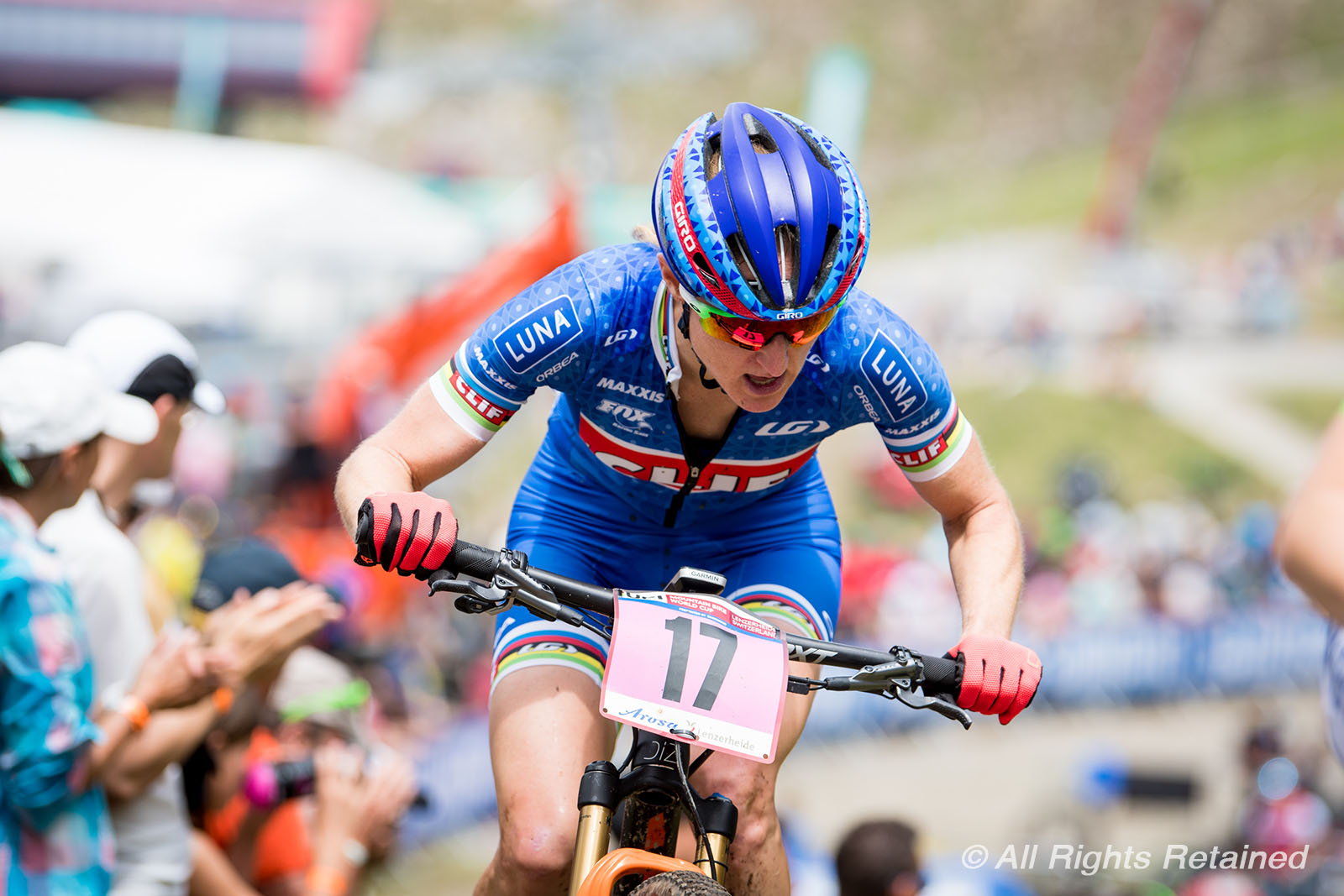 Pendrel definitely felt better than last week, commenting “I’m super pleased with today and to feel like myself again out there riding aggressively. It was disappointing to lose four spots in the last lap, but I think I just used too much gas coming through traffic on laps 1 and 2 to be able to up the pace on the last lap.”

In the overall standings, Batty moves up two spots to eighth, while Pendrel remains in 17th.

In the Under-23 Men’s race, Disera had a strong start that saw him in fourth at the end of the first lap, but he began to struggle in the second half of the race, just holding on to tenth at the finish.  Disera maintains his fourth place overall in the standings.

There were only two Canadians in the Elite Men’s race – Leandre Bouchard (BH SR Suntour KMC) and Andrew L’Esperance (Canadian National).  Bouchard, starting back in the seventh row, managed to make his way up to 37th, while L’Esperance finished 60th, after starting on the ninth row. 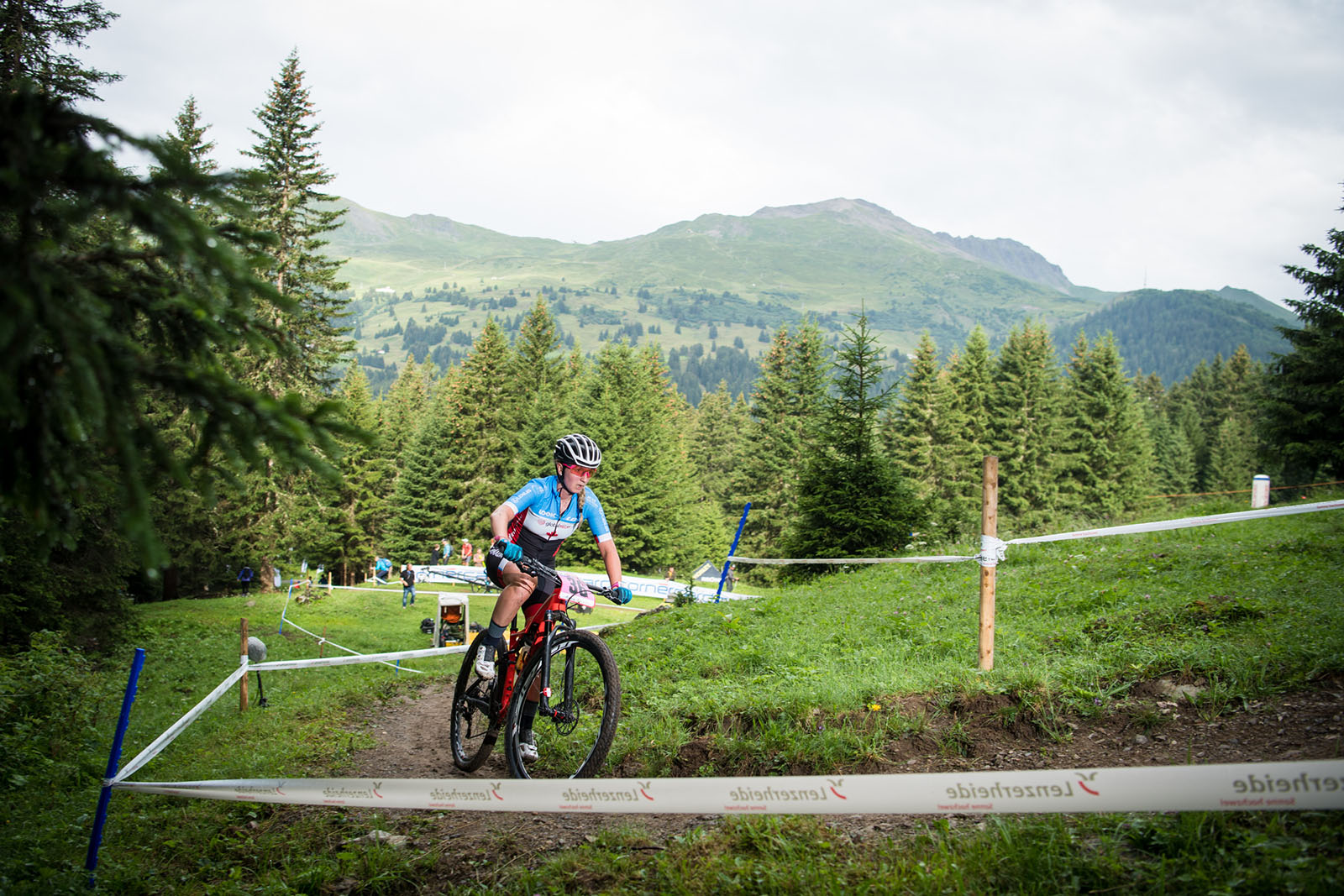