The University of Pittsburgh is welcoming Winnipeg diver Serena Buchwald to its roster beginning in the 2018-19 season. The Revolution Diving athlete has been working with provincial diving coach and CSCM staff member Dallas Ludwick for many years, and has seen podium success at many provincial and national events throughout her career. 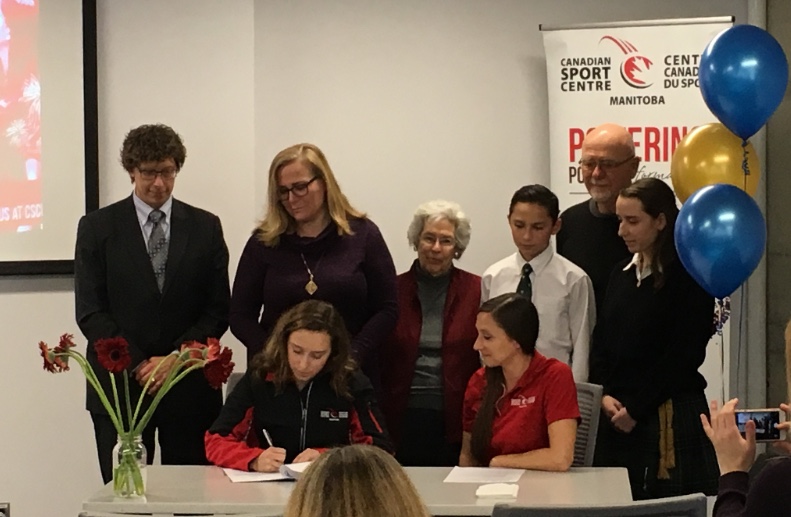 Formerly a gymnast, Serena has a natural aptitude for diving and skill level that will take her to compete at an NCAA Division I level. Last year, Buchwald earned herself a spot to compete in her first ever Olympic Trials, where she got a taste of Canada’s world-class talent. Though she’s talented in each of diving’s three events, Serena’s coach is especially complimentary of her skills on the 10-metre platform. 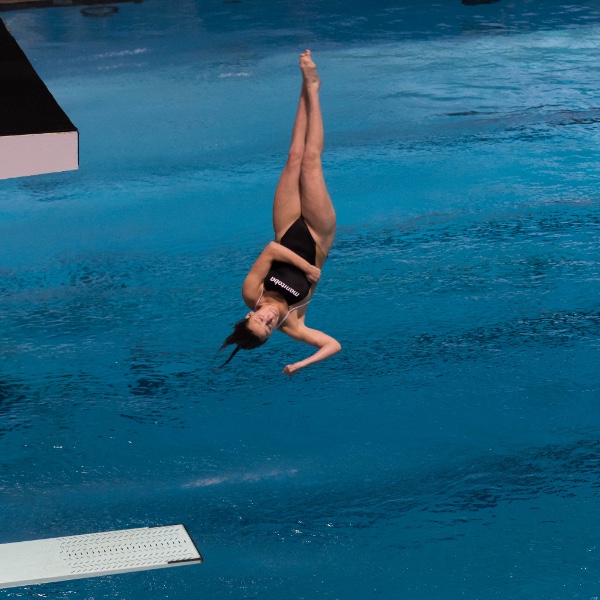 “The difficulty and quality of Serena’s skills on 10-metre will give her an edge in terms of qualifying for the NCAA National Championships,” writes Ludwick. “I know that moving to Pittsburgh and diving in the NCAA program is an exciting new life adventure that she is ready for.”

The Balmoral Hall School senior and Canada Games alumna will graduate from high school next spring, and is looking forward to the new challenges she’ll face upon joining the University of Pittsburgh Panthers team.

“Every coach wants athletes like Serena on their team. She is an incredibly hard worker, very determined, and simply doesn’t give up in the face of adversity.”

Ludwick notes Manitoba’s diving community will be losing one of its strongest influences.

“Serena is a fabulous role model for younger, up and coming athletes,” said Ludwick after Serena’s signing ceremony on Wednesday at the Canadian Sport Centre Manitoba.

Dr. Adrienne Leslie-Toogood, CSCM’s Lead of Sport Psychology, is one of many others who is certain Serena can yield good things in the years to come.

“Serena is focused and she makes things happen for herself. We are confident that she will be successful at the University of Pittsburgh because she has all the assets she needs to succeed!”

Until her departure late next summer, Serena is working to qualify for Senior Nationals on the 10-metre. She’s also focused on performing to the best of her abilities at the upcoming Junior Elite Diving Nationals – her last competition at the junior level – which will be held at the Pan Am Pool in Winnipeg later this season.

“Diving in Winnipeg at my home pool will be a great way to cap off my junior career.”

“It’s a little surreal signing with Pittsburgh,” says Serena. “There have been so many ups and downs in my diving career, but I’m excited to see my work has paid off.”

DID YOU KNOW?
The Canadian Sport Centre Manitoba has been working with Manitoba’s top divers for many years, led by provincial diving coach Dallas Ludwick and supported by CSCM’s Jorie Janzen, Adrienne Leslie-Toogood, and Matthew Davey.