Peter Niedre moving to position at Coaching Association of Canada

Canoe Kayak Canada – OTTAWA, ON (June 1, 2016) – Peter Niedre will be finishing as Canoe Kayak Canada’s Director of Coach and Athlete Development to take on a new role at the Coaching Association of Canada in July.

Peter has worked for Canoe Kayak Canada since 2006. He served as the National Development Team Coach for two years before moving into the office to focus on leading Canoe Kayak Canada’s national coaching education programs.

He has worked tirelessly to further coach education and professionalize coaching as a career pathway. He has integrated NCCP certification, initiated countless professional development opportunities and ran an annual coaches conference. His efforts have significantly strengthened the technical leadership at the club level. Peter also served as interim High Performance Director in 2012 and has been a key player in working with up-and-coming athletes through Junior Academy and NextGen programs.

“The state of coaching in this sport has improved dramatically over the past decade and much of that is thanks to the incredible contribution Peter has made,” said Casey Wade, CEO of Canoe Kayak Canada. “Peter’s energy and dedication to furthering our sport is remarkable. We’re going to miss him, but I know he will continue to make a meaningful impact on the Canadian sport system in his new role.” 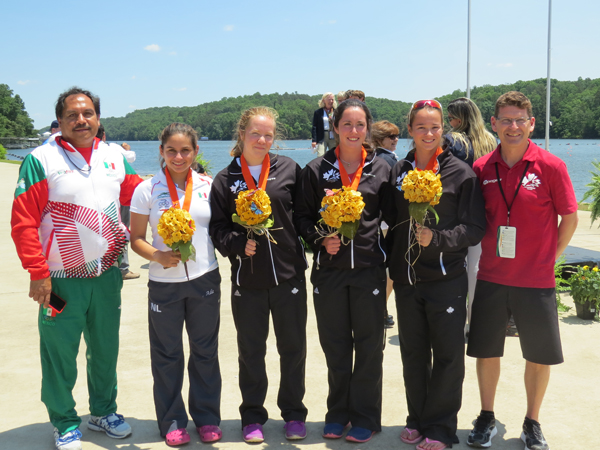 Peter Niedre (right) at his most recent team project at the Pan American Canoe Sprint Championships in Gainesville, Georgia, USA.

Peter has been involved with paddling for almost his entire life. He grew up paddling at the Mississauga Canoe Club and competed at the 1989 Junior World Championships. He then went into coaching and pursued a career in education. Those two interests came together to evolve into a career in coach education.

“Working with coaches, athletes and the many great people in this sport has been a truly meaningful experience,” said Peter Niedre. “I’m really proud of what we’ve achieved as a team over the past decade, and I’m looking forward to continuing to work with fellow NCCP partners to further coach education development in Canada.”

Peter will finish his role at Canoe Kayak Canada on July 11 with the Canada Cup in Shawinigan, QC being his last project. He will continue to work with our sport on a volunteer basis. A transition plan is being put in place with a job search to be launched soon.