BC Rugby – Vancouver, BC – June 29, 2016: BC Rugby is pleased to announce its Senior Women’s Fifteens Team roster for the upcoming National Women’s League. The competition is the pinnacle of women’s fifteens (XVs) rugby in Canada and will feature several players with Rugby World Cup experience, in addition to those making a bid for future National Team selection.

The BC Rugby Senior Women will be squaring off against the Prairie Wolf Pack, Atlantic Rock, Ontario Storm and Équipe Quebec during the week-long tournament, which runs from August 15-21 in Toronto.

Following a galvanizing series of selection games between the regional representative sides from Vancouver Island and the Mainland, 25 players, in addition to seven non-traveling reserves, have been chosen to represent BC. The players hail from across the province, and have come through the ranks of eleven different BC Rugby Clubs.

“This is an incredibly talented group of players, and if we play up to our potential, I feel that this could be a very successful tournament for us,” said BC Rugby Senior Women’s Team Coach Aaron Frisby. “We have good depth in all areas, particularly at key positions, and that will be vital given the physicality and short duration of the competition.”

Notable names featured on the BC roster include 2014 Women’s Rugby World Cup silver medalists Hilary Leith, Andrea Burk, Barbara Mervin, Tyson Beukeboom, Amanda Thornborough and Brittany Waters. The list also includes rising stars Gillian Boag, Chelsey Minter and Jess Neilson, all of whom were recently selected to join Rugby Canada’s Maple Leafs development team for a tour to the United States. Also factoring into the BC Rugby Senior Women’s Team setup will be Carolyn MacEwan and Demi Stamatakis. Both forwards are expected to suit up for Canada’s National Senior Women’s XV Team in the next two weeks during Super-Series matches against the England, the USA, and France.

“Everyone who puts on the BC Rugby kit will know their role, and will be relied upon to do their job,” said Frisby. “On the surface that sounds easy, but it will take a big commitment from all the players to ensure that the team performs at its best when the pressure is on. We’re lucky to have a number of veteran players who have plenty of experience at this level and who can show the younger players what it takes to earn selection for the National team.”

The 2016 National Women’s League will be an important proving ground for players aspiring to make the Canada Squad with the 2017 Women’s Rugby World Cup in Ireland just over twelve months away.

“I’m really excited to get a chance to play in the NWL this summer with BC after last summer’s success at the Western championships,” said BC fly-half Jess Neilson. “To be able to embrace the opportunity to play with and against the best players in Canada provides an amazing chance to learn from them, as well as providing a platform to show what you’ve been working on in a high performance environment leading into a World Cup year.”

The National Women’s League was last contested in the summer of 2014. While the tournament format did not include a knock-out round, the closing game proved to be the deciding one. The BC Rugby Senior Women were unable to secure the necessary bonus-point victory over Ontario, who ended up taking the title on the strength of a 27-10 win. BC finished the tournament with a record of two wins and two losses.

In 2015, BC Rugby’s Senior Women played a two-game series against the Prairie Wolf Pack in Kelowna. Both matches were wildly entertaining, with BC winning on each occasion by a narrow margin. In the second match, the Prairies rallied from a 19-3 half-time deficit to trail 34-27 in the final minutes, but BC were able to hang on to win the game and the series. The BC Rugby Senior Women’s Team’s only other action in 2015 saw them pick up an exhibition game win over the Pacific North West Loggers in Seattle.

Scores and updates
The NWL website is nwlrugby.com.
Rugby Canada Twitter handle is @RugbyCanada.
Results for BC Rugby’s Team will be posted to bcrugby.com and via our social media channels. 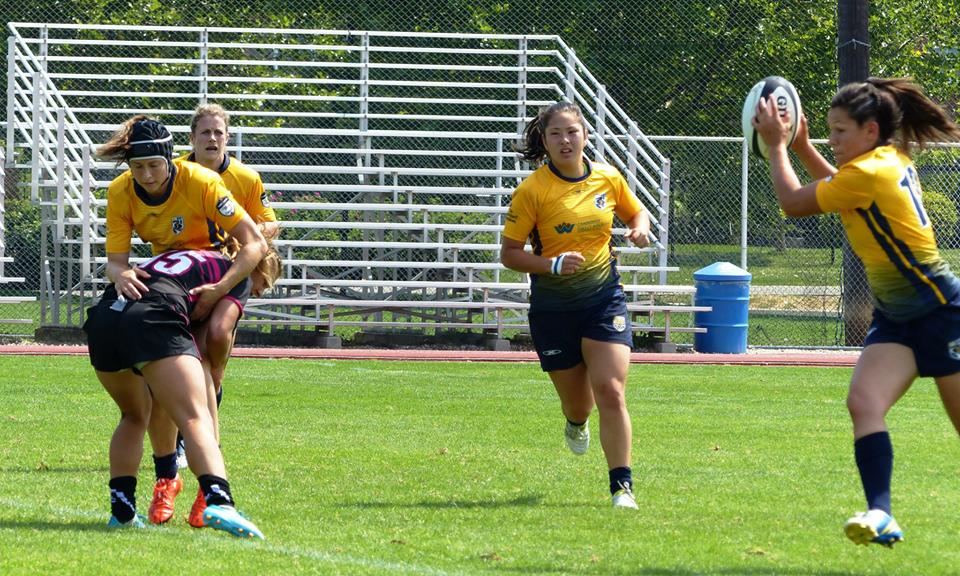