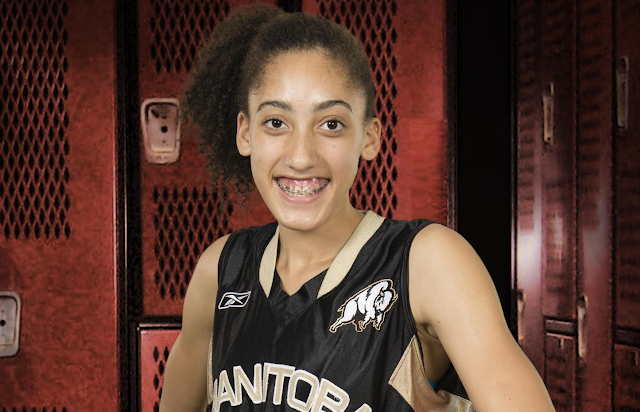 The National Basketball Association (NBA) and the International Basketball Federation (FIBA) today announced the top 53 boys and girls from 27 countries who will travel to Toronto for the second annual Basketball without Borders (BWB) Global Camp.  Manitoba’s Niyah Becker has been invited to attend by Canada Basketball as one of only 10 girls in the world to the special camp.  She joins 4 other Canadian females at the 10 person female event.  The camp will be held February 12-14 at Mattamy Athletic Centre as part of NBA All-Star 2016, the first NBA All-Star to be held outside of the United States, and Nike will serve as the official partner.  Niyah was also recently returned from a Canadian National Team camp in December and is a member of the Manitoba Provincial Team and Centre for Performance programs.  She is a grade 10 student at Vincent Massey in Winnipeg with the #2 ranked Trojans. 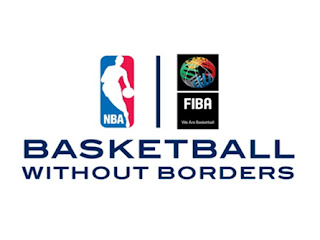 “The BWB Global Camp is a great opportunity for these boys and girls to learn directly from players and coaches, many of whom have been involved with the BWB program for years,” said NBA Vice President, International Basketball Operations Brooks Meek. “The BWB program continues to teach values like leadership, teamwork and respect that have application on and off the court.  I want to thank our partners FIBA, Nike and Fusionetics for helping make this camp possible.”

“This second Basketball without Borders Global Camp continues a fantastic initiative of the NBA and FIBA to provide a unique opportunity to bring the youth of the basketball world together,” said President of the World Association of Basketball Coaches (WABC) Patrick Hunt.  “The players and coaches will work with the campers to enhance their skills, shape their character, and teach values that lead to success in life and our wonderful, global game.”

Players and coaches will lead the campers through a variety of activities on and off the court, including movement efficiency, positional skill development, shooting and skills competitions, 5-on-5 games, and daily life skills seminars focusing on health, leadership and communication.  One boy and one girl will be named BWB Global Camp MVPs at the conclusion of the three-day camp.

Nike, a BWB global partner since 2002, will outfit the campers and coaches with Nike apparel and footwear.  Fusionetics, a system designed to help athletes move, perform and recover, all while mitigating their risk of injury, will provide movement efficiency screens and specific performance data on speed, agility and strength to the campers.

The NBA and FIBA hosted the inaugural BWB Global Camp at NBA All-Star 2015 in New York City, beginning an annual All-Star tradition.  BWB, the NBA and FIBA’s global basketball development and community outreach program, has reached more than 2,400 participants from 130 countries and territories since 2001, with 37 campers drafted into the NBA.  Twenty-one former BWB campers were on opening-night rosters for the 2015-16 season.

The inaugural BWB took place in Europe in July 2001.  Vlade Divac of the Los Angeles Lakers and Toni Kukoc of the Milwaukee Bucks, together with five other FIBA/NBA players and former teammates from the Yugoslav national team, reunited to work with 50 children from Bosnia and Herzegovina, Croatia, the Former Yugoslav Republic of Macedonia, Slovenia, and Serbia and Montenegro at La Ghirada in Treviso, Italy.  The NBA and FIBA have staged 44 BWB camps in 25 cities across 21 countries on five continents.  More than 200 current and former NBA, WNBA and FIBA players have joined nearly 160 NBA team personnel from all 30 NBA teams to support BWB all over the world. 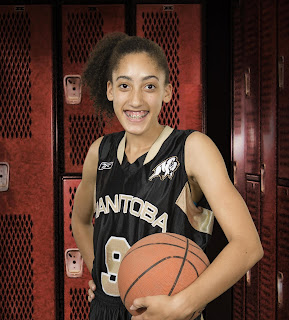