Cycling Canada – Lenzerheide, Switzerland (September 10, 2018) – Canada won its second medal of the 2018 Mountain Bike World Championships on Sunday in Lenzerheide, Switzerland, when Elliot Jamieson took the bronze medal in the Junior men’s Downhill. In the Elite events, Finn Iles finished 14th, Mark Wallace 18th and Magnus Manson 19th for the men, while Miranda Miller was 18th in the women.

“I can’t really believe it,” admitted Jamieson. “This is my third Downhill race of the year, so I didn’t have any expectations; I just wanted to have fun and ride well. I was shaking when the top ten were dropping in and I was still on the Hot Seat. I’m so stoked, I can’t believe I am on the podium.” 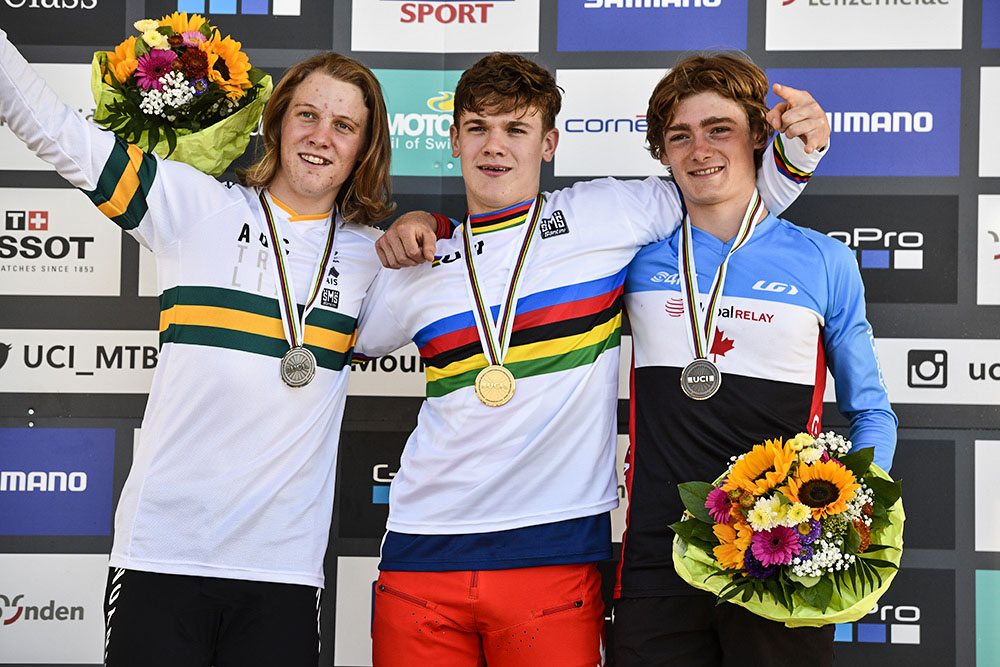 Over 20,000 fans came out to watch Rachel Atherton of Great Britain win her fifth Elite title and Loic Bruni of France repeat as the Elite men’s champion, for his third title. Total attendance over the five days of the Championships reached 65,000 – a record for Mountain Bike.

Other Canadian results in the Elite men included Henry Fitzgerald in 45th, Forrest Riesco in 49th and Luke Stevens in 70th. In the Junior men’s category, other Canadian results were Lukas Cruz in 14th, Ben Wallace in 15th, Kendall McLean in 24th, Justin Clements in 27th, Ian Milley in 40th and Keegan Fry in 47th.

In the Junior categories, Valentia Holl of Austria completed a perfect season with her win in the women’s race, after winning every World Cup during the season. The men’s title went to Great Britain’s Kade Edwards.