Freestyle Canada – During Freestyle Canada’s remarkable competitive season, a select few athletes made their mark on their sport, community and NSO. These athletes are recognized annually and rewarded for their contributions. The awards consist of three different categories: National Team Athlete of the Year (one male and female athlete overall), NextGen Athlete of the Year (one athlete per discipline), and Most Outstanding Performance in each discipline (four awards in total). These awards are made possible by support from strategic partnerships such as Michael Wekerly, CEO of Difference Capital Financial Inc.

Two very distinguished moguls athletes were able to walk away with the Athlete of the Year award for their outstanding performances this past season. Mikaël Kingsbury absolutely dominated the World Cup moguls circuit, capturing ten podiums alongside teammate Justine Dufour-Lapointe, who claimed seven World Cup podiums this season. Both athletes have consistently set the tone for the moguls squad and significantly contributed to their respective communities.

‘It gives me great pleasure to receive this award from Freestyle Canada. I had the best season of my career on the World Cup circuit. Beyond my personal accomplishments, it’s the work of many dedicated staff, friends and family that are rewarded. I’m lucky to be surrounded by such a great team, coaches and support staff’, said Male Athlete of the Year recipient Mikaël Kingsbury.

‘It’s an honour to be named the Female Athlete of the Year. I’d like to thank my team and my coaches! It was a long and hard season on the World Cup circuit, but it finished in beauty with this humbling nomination as well as the completion of the Olympic selection criteria A for the 2018 Olympic Games in Pyeongchang!,’ stated female athlete of the year, Justine Dufour-Lapointe. 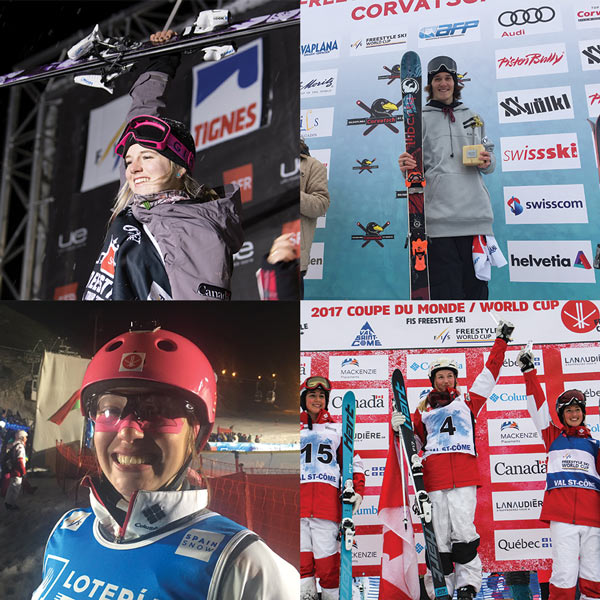 Over the course of the season, we have watched in awe as our athletes performed well beyond our expectations and surprised us with standout results. These performances consisted of never been done (NBD’s) in the pipe, courtesy of Cassie Sharpe, first-ever World Cup victories, supplied by Teal Harle, personal bests from Catrine Lavallée and a Women’s WC podium sweep on home soil by Justine Dufour-Lapointe, Chloé Dufour-Lapointe and Andi Naude. These athletes will all be receiving the most outstanding performance award.

‘I see this past season as a huge learning opportunity… This year was my first real World Cup tour. I managed to finish the season with my best performance to date, a seventh-place finish at the World Championships. When I reflect on the season, I had highs and lows… I worked really hard to master the Full-Full and managed to continue to perfect the manoeuver during the season … I’m proud to have gone through this season, as it now allows me to focus on next year and the qualification process for the 2018 Olympics,’ stated Catrine Lavallée, Most Outstanding aerial Performance winner.

Historically, as each season comes to an end, we look to the young blood, the next generation of athletes that are on the cusp of making the leap to the National Team and the World Cup circuit.  Berkley Brown, Félix Cormier-Boucher, Phil Langevin and Rachael Anderson have all excelled in their respective disciplines and demonstrated tremendous progression over the course of the season. All four athletes will be the recipients of the NextGen Athlete of the Year award. 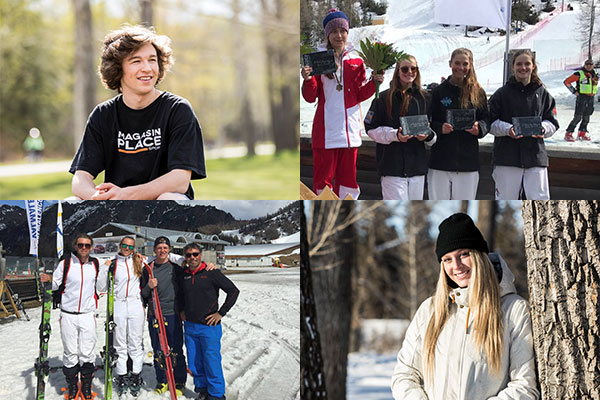 NextGen Athlete of the Year

Male and Female Athlete of the Year

NextGen Athlete of the Year

Freestyle Canada is the governing body in Canada for the sport of Freestyle Skiing. With the support of its valued corporate sponsors along with the Government of Canada, Canadian Olympic Committee and Own the Podium, FC develops Olympic and world champions in all disciplines of the sport. For more information about FC, please visit www.freestylecanada.ski