View All News
Cycling Canada – Mont-Ste-Anne, August 7, 2017 – Canadian riders appeared on the podiums in both Downhill and Cross-country over the weekend at the Mountain Bike World Cup in Mont-Ste-Anne, Quebec.

Racing began on Saturday with Round 6 of the Downhill, and BC Junior rider Finnley Iles (Specialized) continued his dominance by taking his fifth win in six events.  Iles, the reigning world champion, has been battling illness all week and came back from a flat tire in qualifying to set the fastest time in the Final with eight riders to go.  No one challenged him until the last starter, Matt Walker (Madison Saracen), who was faster at the first split before suffering mechanical problems.  Iles had already won the overall title coming into the race. 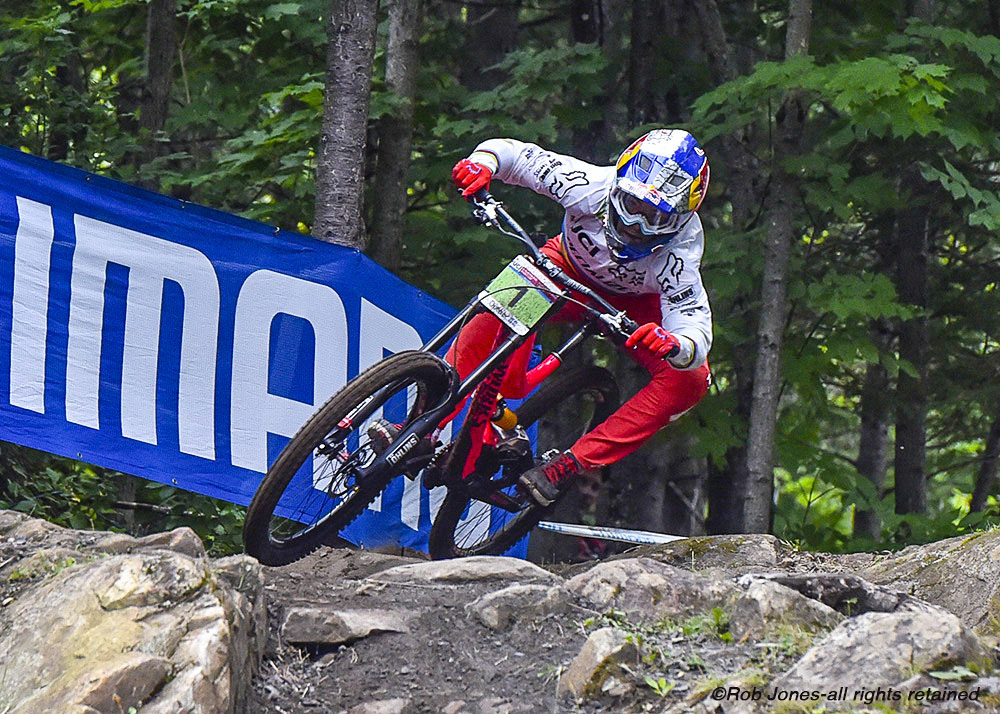 On Sunday, Canadians put in top-5 performances in the XC race, with Catharine Pendrel (Clif Pro Team) and Emily Batty (Trek Factory) finishing third and fourth in Elite Women, while Quinton Disera (Norco Factory) had the best ride of his career to finish fourth in Under-23 men.  Rio Olympian Raphael Gagne (Cannondale-3Rox) was the top Elite man, in 34th. 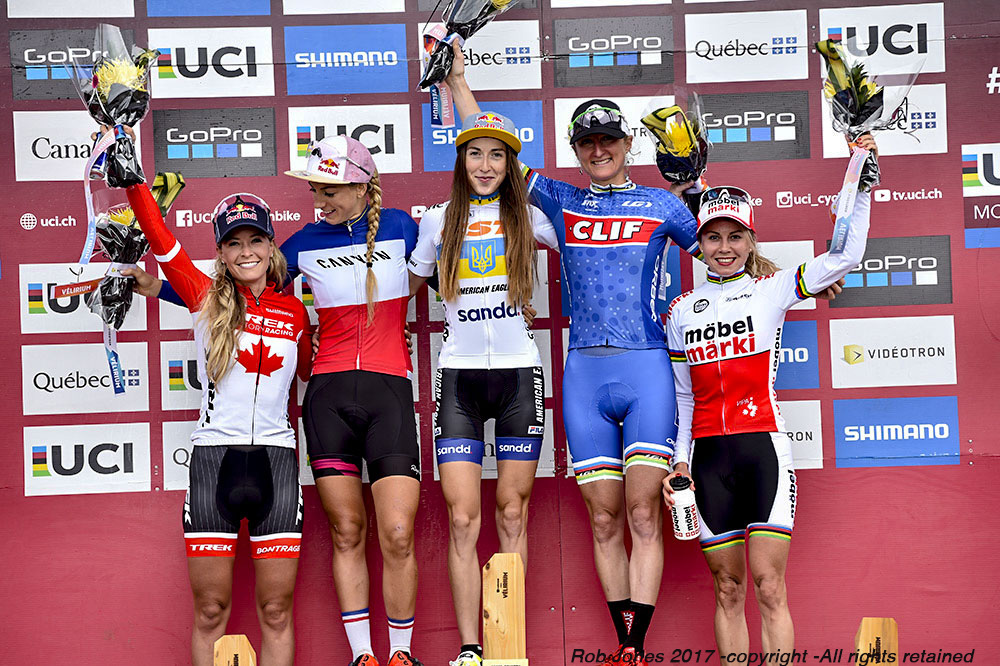 “I’ve been feeling stronger since Lenzerheide [Switzerland, Round 4],” said Pendrel, “and today’s the first day it came together for a podium.  I felt really strong and I was descending faster than Yana and Pauline, but Yana got a bit of a gap on the switchback climb.  I think I had a bit of a mental moment and lost the fight for the front.”

In the overall standings, Batty moved up one spot from eighth to seventh, and could move into the top-5 depending on her performance in the final round.  Pendrel, who had a difficult start to the season, jumps from 17th to 11th.  In the Under-23 Men’s standings, Peter Disera (Norco Factory), who finished 15th at Mont-Ste-Anne, is fourth overall, tied for third at 151 points.