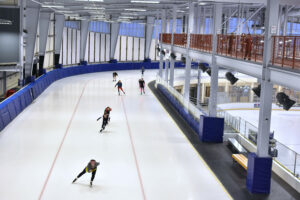 The training camp will mark a return to Northern B.C. for the national team program, which last hosted a camp in Fort St. John the summer prior to the 2018 Winter Olympics in PyeongChang. With ice currently unavailable at the team’s training centre in Calgary due to a mechanical issue, this fall’s camp will help ensure Canadian skaters have access to long track ice and are well prepared for potential international competitions in 2021.

The Pomeroy Sport Centre, which houses one of only four indoor ovals in North America, recently celebrated its tenth anniversary. Over the past decade, it has hosted several provincial, national and international events, including four Long Track Canada Cup events, as well as long track racing for the 2015 Canada Winter Games, 2017 International Masters Allround Games and the 2020 BC Winter Games.

Speed Skating Canada has worked with local and provincial health authorities to develop a set of comprehensive health and safety protocols for the camp. These protocols, which are more stringent than provincial guidelines, will greatly reduce the risk of spreading the virus and help keep athletes, staff and everyone else in the community safe.

While skaters will be primarily focused on training during their time in the community, team and City officials are currently working on plans for them to engage virtually with nearby schools and members of the Fort St. John Elks Speed Skating Club. It will be an opportunity for local children to interact with over a dozen Olympians, as well as B.C. natives Jacob Graham (Dawson Creek, B.C.), Abigail McCluskey (Penticton, B.C.) and siblings Nicolas and Carolina Hiller (Prince George, B.C.).

“Speed Skating Canada is extremely thankful to the City of Fort St. John and to our sport partners at the Canadian Olympic Committee, Own the Podium and viaSport for helping make this training camp a reality. Our skaters need to train on the ice as much as possible to make sure they remain on track for success at the 2022 Winter Olympics in Beijing. Our team realizes that it is a tremendous privilege to be able to train during a time like this and we are grateful for this opportunity.” – Susan Auch, Chief Executive Officer, Speed Skating Canada

“This is a tremendous opportunity to host the country’s top speed skaters and showcase our community while injecting some much-needed tourism dollars into the community. We have worked with Speed Skating Canada to ensure they have the training times they need on the oval, without reducing the ice availability for local users.” – Lori Ackerman, Mayor of the City of Fort St. John 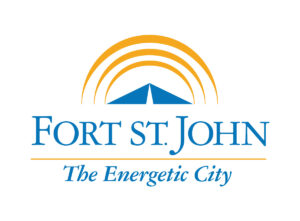 With a population of 21,000 and growing, Fort St. John is the largest city in Northeastern BC. Built in 2010, the Pomeroy Sport Centre is a magnificent multi-sport facility featuring an Olympic-sized speed skating oval, two NHL sized hockey rinks, a walking track suspended from the third floor plus a training gym.