Cycling Canada  – Cairns, AUS, September 6, 2017 – Team Canada opened the Mountain Bike World Championships in Cairns, Australia, with a tenth place performance on Wednesday in the Team Relay.  Switzerland won the title ahead of Denmark and France.

For 2017 the Team Relay made a significant change to the format, adding a fifth rider to each team.  Now, each squad must include a Junior or Under-23 woman, in addition to an Elite man and woman, Under-23 man and Junior man. 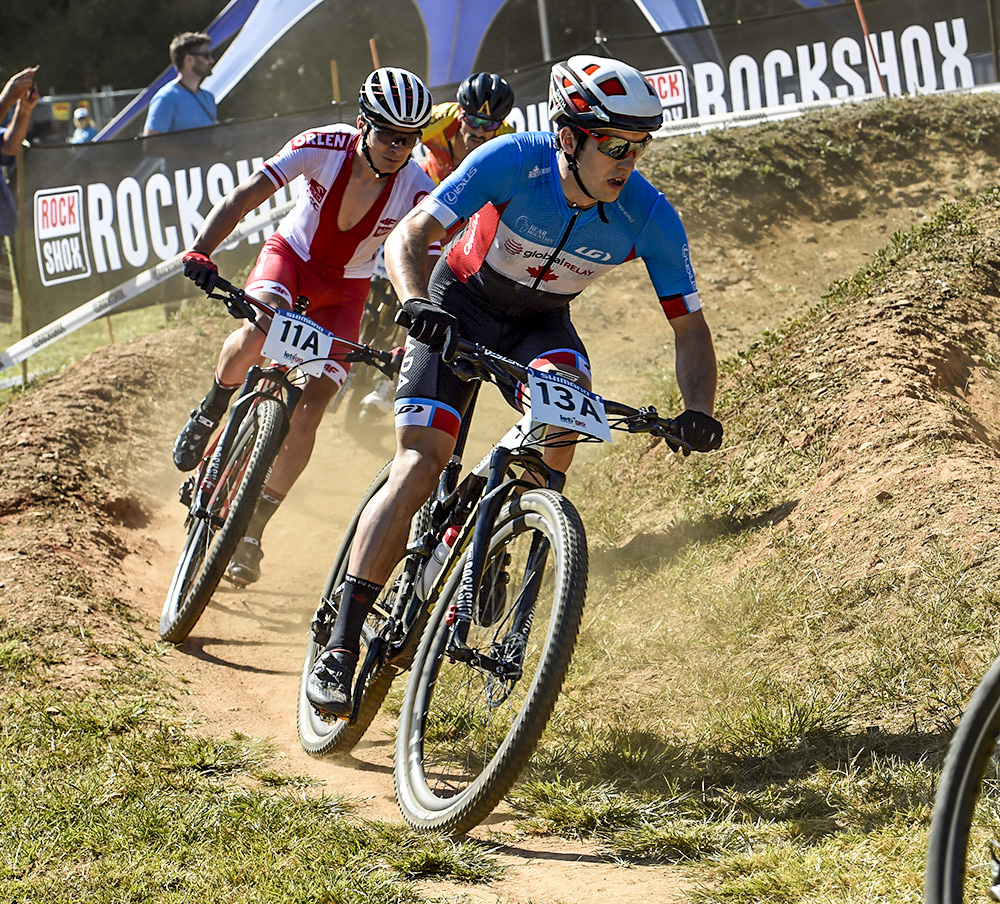 Canada started with Under-23 rider Peter Disera, who got caught up in traffic on the opening lap and finished 11th, 46 seconds behind New Zealand.  Raphael Gagne, Canada’s Elite man, moved up significantly on the second lap to put Canada into fifth place as he handed off to Junior man Holden Jones, who put in a blazing lap to move Canada into the lead as he handed off to Elite woman Catharine Pendrel.

Pendrel extended Canada’s lead to a minute going into the final lap as she handed off to Under-23 woman Anne-Julie Tremblay.  However, Tremblay faced an impossible task, with Olympic and reigning world champion Nino Schurter leading a group of Elite and Under-23 men after her. 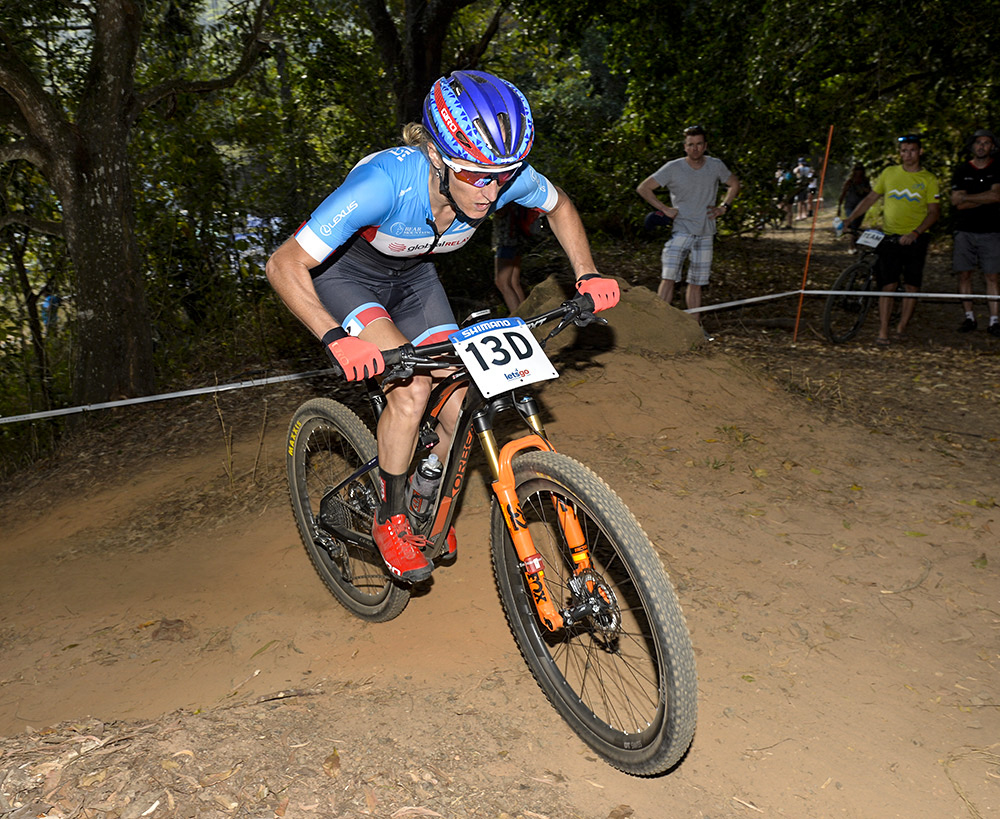 “Our strategy first and foremost was to give each rider a chance to do a dress rehearsal on the course,” explained Dan Proulx, Mountain Bike Head Coach at Cycling Canada.  “Our second goal was to be top eight, but with the new format we weren’t sure how it would play out and now we know we are top-10 at this time.  Raph [Gagne] had a really good ride to get us into top five and then Holden Jones had the most amazing ride; he just did a stellar job.  Our last rider was Anne-Julie, and we gave her the toughest job you could imagine, with eight or ten of the best men right behind her.  She rode her heart out.  So, overall we were a little short on our objective goal, but it was still a phenomenal start to Worlds for us.”