BAHIA BLANCA, ARGENTINA (August 28, 2017) – The Senior Men’s National Team dropped a 92-86 overtime thriller to the hosts and No. 6 ranked Argentina on Monday evening in the Group Phase of the FIBA AmeriCup 2017.

Brady Heslip led Canada with a game high 24 points while Xavier Rathan-Mayes added 17 points and five assists. Olivier Hanlan had 16 points in 25 minutes of action before fouling out. Andrew Nicholson dominated the glass and finished the game with a double-double (12 points, 18 rebounds).

Trailing Argentina 25-16 after the first quarter, Canada closed the gap to 39-36 late in the half. Canada took their first lead of the game with just 20 seconds to go in the quarter, but Argentina answered with a three at the buzzer to take a 42-40 lead into half-time.

Coming off a loss to the Virgin Islands on Sunday, Canada got off to a much better start offensively against Argentina, shooting 48.5% as a team (16-33) in the first half.

A back-and-forth third quarter saw the lead change hands several times, but it was the Canadians who carried a 55-53 lead into the final frame. 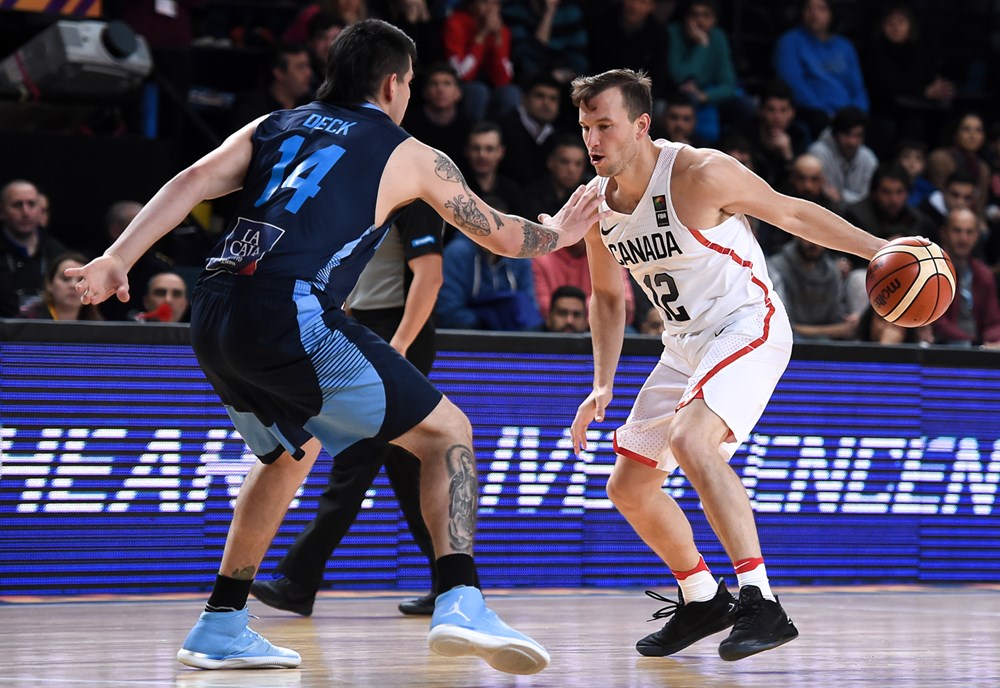 In search of their first Americas win over Argentina since a 77-70 victory at the 1999 Pan American Olympic Qualifying Tournament for Men, Heslip knocked down a clutch three-pointer with 50 seconds to play in the fourth to extend Canada’s lead to 78-75. Tied 79-79 with five seconds to play, Heslip couldn’t get a deep three-pointer to drop, sending the game to overtime.

In the extra frame, a Rathan-Mayes jumper at 2:42 had Canada up 86-83 but the hometown team wouldn’t go quietly. With 10 seconds to play, Facundo Campazzo knocked down three of his team-high 23 points to seal the win for Argentina. 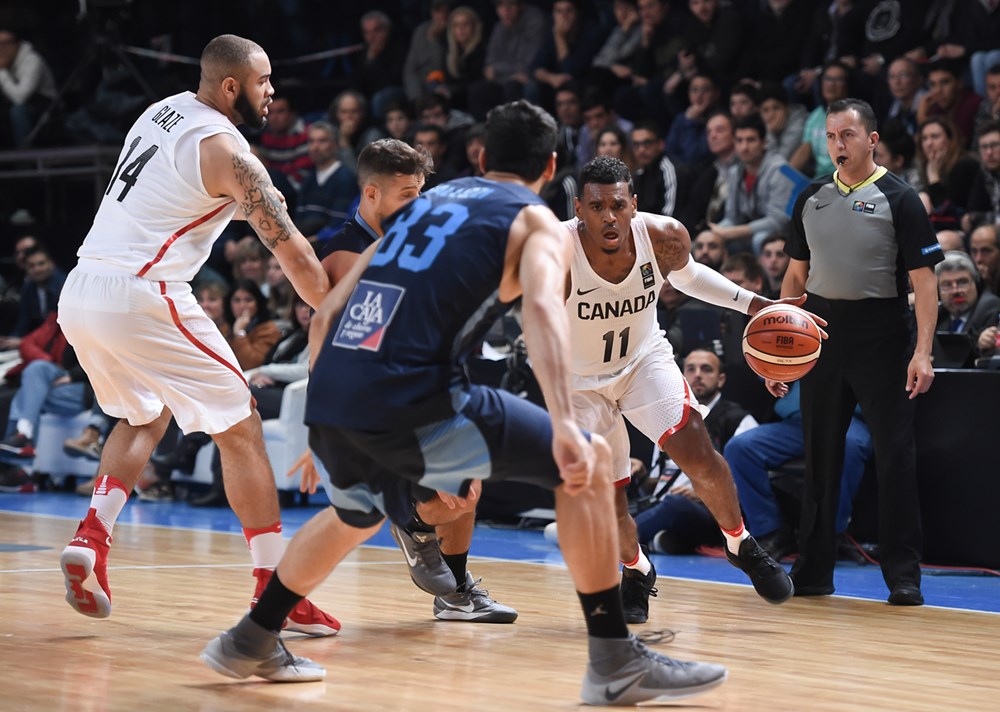 “It was a great game for the fans. It was a classic game with tight big plays down the stretch. A lot of passion and a lot of energy played by both teams. A game we will all remember for a long time. Unfortunately for us we were on the losing side today, but I think we will only get better with the experience.”

“I have nothing but immense pride for these players and we are all growing as a group and the more depth that we have speaks volumes to where we are going as a country. You never like to lose, but I’m very proud of these guys and hopefully we can bounce back and show the same passion tomorrow.”

“Two great teams who played with a lot of passion and a lot of heart. These are the games as a player you love to be in and as a fan love to watch. Credit to both teams as they left everything on the floor. Thought we made a lot of great strides and now the challenge will be consistency to try and have the same effort for tomorrow.”
– Roy Rana, Head Coach

“Our ball club came out and showed how much passion we had for the game. We executed almost as much as we needed to. Like coach said, we are obviously on the losing side, but I’m proud of the way we fought and we’ve got another game tomorrow.”
– Xavier Rathan-Mayes

Canada finishes the Group Phase tomorrow on Tuesday, August 29 against Venezuela at 6:30 PM ET. The game will be live streamed on DAZN. Click here for the complete tournament schedule.