The powerful Canadian crew took an early lead and held off a late push by the Russian crew to cross the line first in a time of 1:56:752, less than seven-tenths of a second ahead of Russia’s Irina Andreeva and Olesia Romasenko.

Vincent-Lapointe will go after her second world championship title tomorrow in the final of the Women’s
C-1 200m. She set the world record at this distance at the 2014 World Championships in Moscow and had the fastest time in today’s semi-finals. 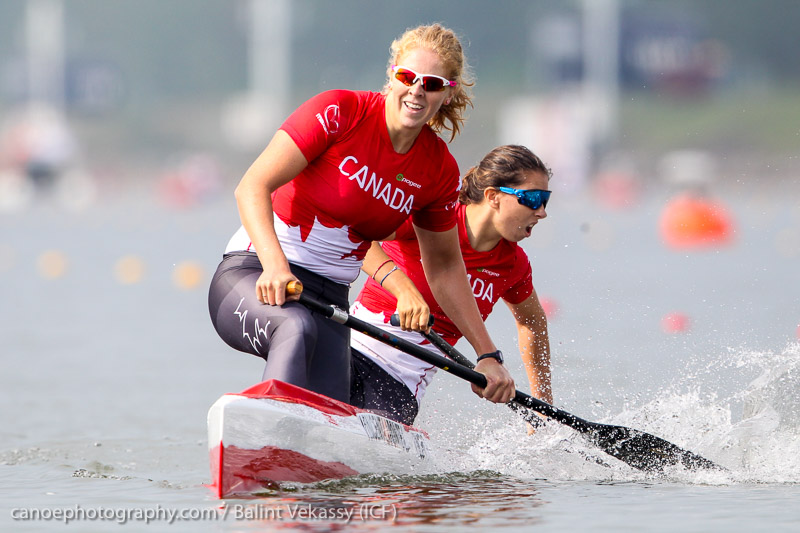 In other action on Saturday, Ryan Cochrane (Windsor, NS) and Pierre-Luc Poulin (Lac Beauport, QC) delivered an outstanding performance in the “A” Final of the Men’s K-2 200m, finishing in 8th spot, slightly more than a second behind the winning pair from Hungary.

Cochrane and Poulin are also part of Canada’s K-4 crew, along with Maxence Beauchesne (Trois-Rivières, QC) and Marshall Hughes (Waverly, NS). In a highly competitive field, the Canadians were edged out at the finish line in the semi-finals today, missing the “A” Final by less than a second. They’ll be looking to deliver a strong performance in tomorrow’s “B” Final to confirm their spot amongst the top K-4 boats in the world.

“The men’s kayak program is a good example of what we’re trying to do with our overall sprint program,” said Graham Barton, Chief Technical Officer with Canoe Kayak Canada. “We’ve got a really strong group of athletes who are training together and developing together. Anytime Canada has enjoyed success in sprint paddling in the past, we’ve had multiple crews who could push each other every day in training. We’re looking to build on that model so our athletes are in top form to qualify for the 2020 Olympic and Paralympic Games in Tokyo.” 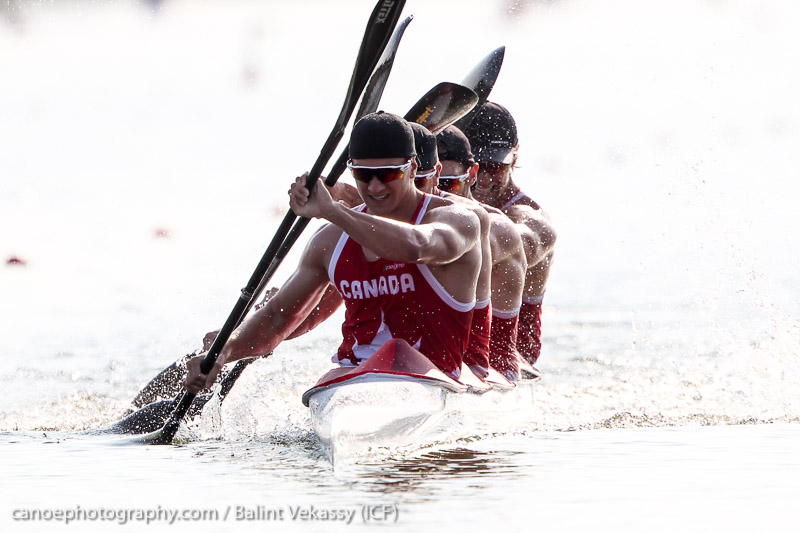 In the Women’s K-2 1000m, Courtney Stott (Oakville, ON) and Alanna Bray-Lougheed (Oakville, ON) exceeded expectations with a 6th place finish in the “A” Final. At the 500m distance, Michelle Russell (Fall River, NS) and Andreanne Langlois (Quebec City, QC) finished fourth in the “B” Final. Russell was a second place finisher in the K-1 500m “B” Final. In Men’s Canoe, Marc Tarling (Pointe-Claire, QC) finished 7th in the “B” Final of the C-1 200m.

On the final day of competition tomorrow, three Canadians face the mental and physical test of a 5000m race – Russell in the K-1 Women’s race, Hughes in the K-1 Men’s event, and in the Men’s C-1, it’s Mark Oldershaw (Burlington, ON).