Boilard, a first year Junior at her first world championships, rode near the front of the field for most of the 76.4 kilometre race.  After Elena Pirrone of Italy attacked to solo in for the title, Boilard was part of the nine rider chase group contesting the silver and bronze medals.

“The race went super well for me,” said Boilard.  “It was fun to race here in Norway on such a strong course with technical sections.  I had so much fun.  The Italians are so strong as a team that it was great to be able to race with them and see how they race.  I was really anxious about positioning because we were starting at the back and it was my first experience in a big peloton.  I think I did pretty well, although I maybe spent too much time at the front, but I’ve learned from this.” 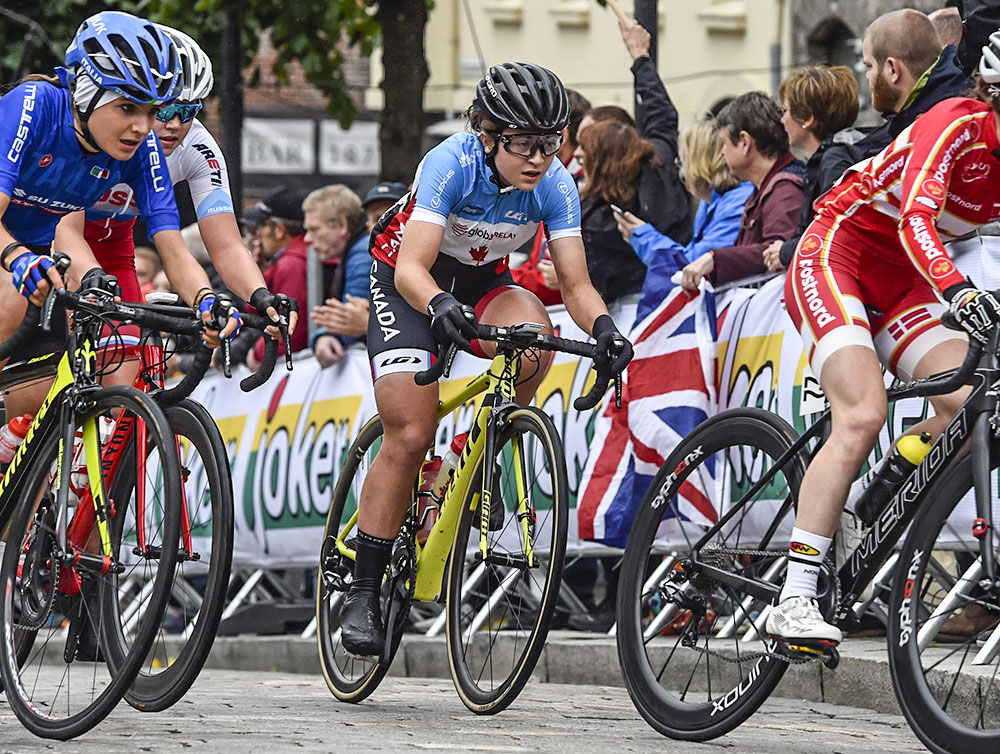 In other Canadian results, Erin Attwell of Victoria, BC finished 37th, Laurie Jussaume of Contrecoeur, Quebec, was 63rd and Maggie Coles-Lyster of Maple Ridge, BC, was 70th.

In the Under-23 men’s competition, Nickolas Zukowsky of Ste Agathe, Quebec, was the only Canadian finisher in the 191 kilometre race, finishing 93rd.  Benoit Cosnefroy of France won the title.

“It was an awesome race and pretty hard right from the gun,” said Zukowsky.  “After the break went it settled into a good tempo until about five laps to go when the attacks started.  I felt pretty good until about two laps to go, and then I was dropped on the second to last time up the climb.  Overall, I feel pretty good, but it was hard.  I was doing pretty well with positioning until about halfway through the race when I fell back a bit and then got caught in a crash.  But first time at Worlds as a U23, I’m pretty happy with my race.”