The Canmore Nordic Centre, site of the 1988 Olympic cross-country skiing events, remains as spectacular as ever, with a backdrop of the Kananaskis Country mountains leading into the Banff National Park.

The circuit has been revised substantially from when the Championships were held in 2010 and 2011, reflecting the change to shorter courses at the World Cup and world championship level.  The previous course measured 6.8 kilometres, while current circuit is four kilometres in length, looping back into the main finish bowl area multiple times.

As expected, the women’s race came down to Canada’s top two riders – Batty and Catharine Pendrel (Clif Pro Team) of Kamloops, BC.  The pair quickly distanced the rest of the field on the first half lap, with Haley Smith (Norco Factory) of Uxbridge, Ontario, moving into third and holding that position through the rest of the race.

Batty and Pendrel rode together through the entire race until the final half lap, when Batty attacked on a climb, dropping her rival and winning her third Elite title. 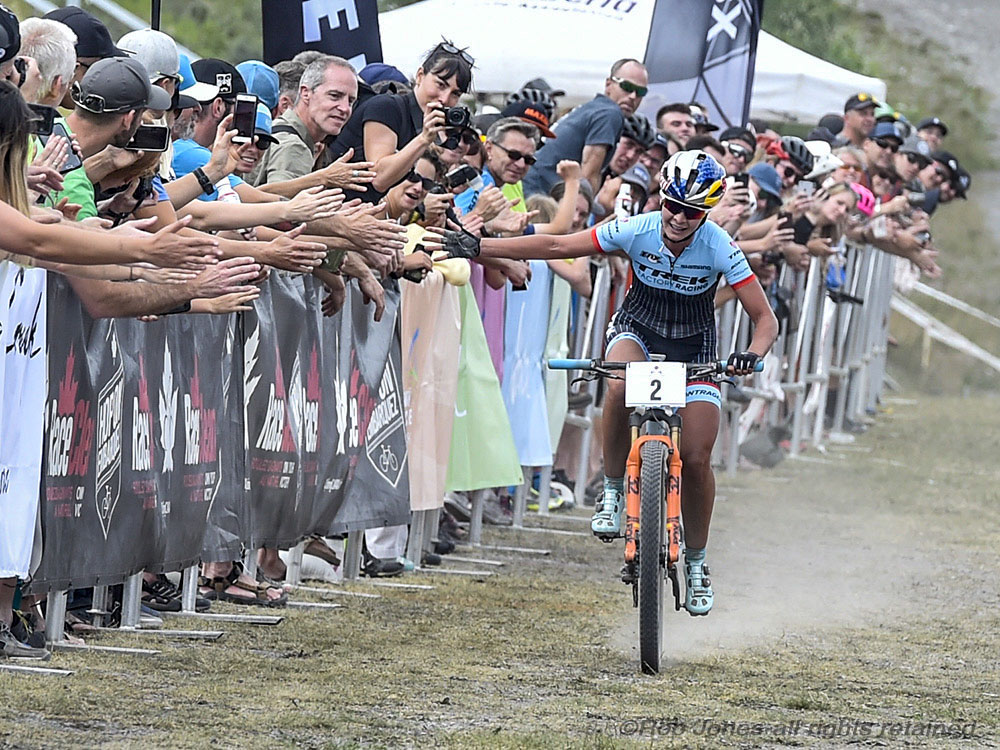 “It was not an easy race by any means,” agreed Batty.  “I rode my hardtail, and I was questioning a little bit whether that was the right choice because it is such a technical and bumpy course, but it was rocking up the climbs.  Catharine didn’t make it easy; the two of us set a really high pace right from the start.  I found through the course of the race that I was feeling really good.  I knew I was going to put an effort in on one of the climbs at some point, and I chose a spot where I felt strong and punched it.”

The men’s race had no clear favorite.  Among the contenders were Leandre Bouchard (BH SR Suntour KMC) of Alma, Quebec, and former champion Raphael Gagne (Cannondale-3Rox) of Quebec City, Quebec.  Disera, although an Under-23 aged rider, has four top-10 finishes on the World Cup (U23) circuit this season, and decided to ‘ride up’ a category, in hopes of gaining valuable UCI ranking points with a top-5 result.

He attacked on the first climb, with only Bouchard able to follow.  Gagne bridged up on the second lap, and Bouchard was dropped by the other two on the fourth lap.  From that point on, Disera and Gagne rode together, neither able to open a gap on the other.  It looked like it was going to come down to a sprint finish, until Gagne made a mistake on one of the final descents, going down hard and leaving the door open for Disera to cruise in to the national title. 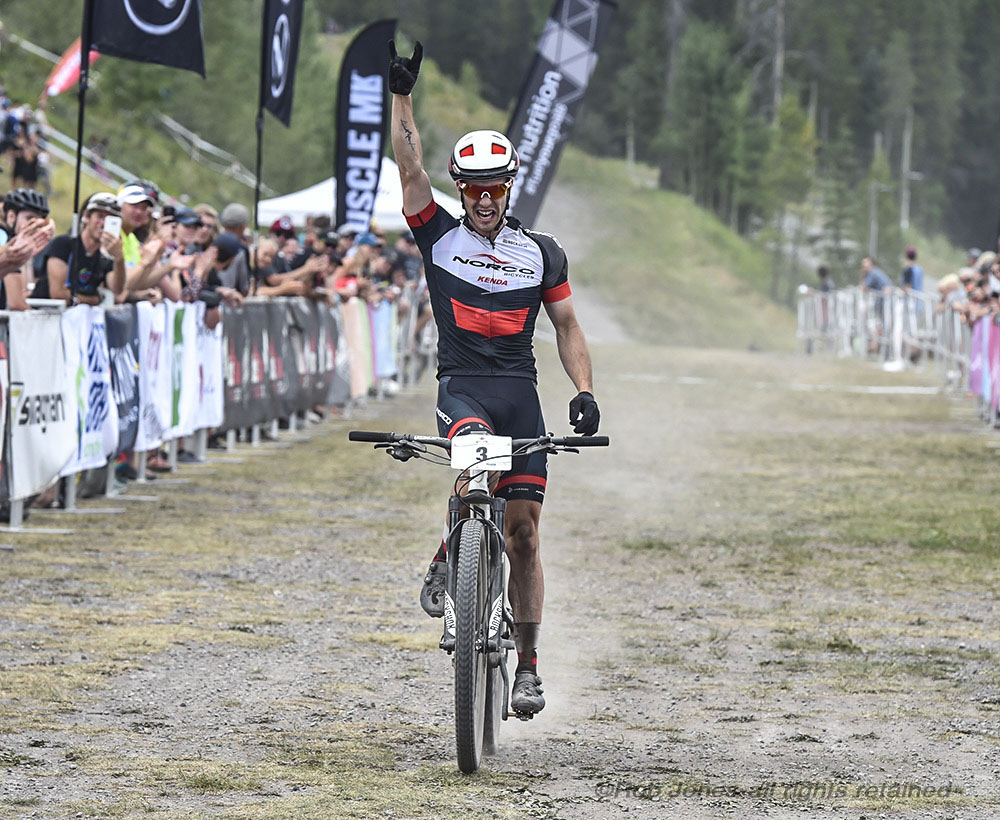 “I felt really good and Dre [Bouchard] went with me,” said Disera.  “Coming into the second lap, Raph came out of nowhere, so there were three of us.  Going into the last three laps I started throwing down attacks and Dre just fell off the back.  I felt good and wanted to dictate the pace so I stayed at the front.  I knew Raph was going to attack and I was able to follow and then get to the front before the descent.  Unfortunately he had a little mishap, but I was ready for a sprint.”