BC Rugby – Vancouver, BC – June 27, 2016: It was a gripping conclusion to the B2Gold Provincial Regional Championships (PRCs) on Sunday, as several gold medal games went to the wire.

Vancouver Island Junior Tide winger Matt Hagkull came off the bench to score a sensational try in the final minute of the U16 Boys’ Championship game, lifting his side to an 8-7 victory over the North Vancouver Island Tsunami.

The Tide were also able to secure a try in the waning moments of the U18 Boys’ Final, closing out a nail-biting contest with a 25-23 win over the defending champions from the Fraser Valley.

“It was a fantastic tournament,” said Dean Murten, BC Rugby’s Performance Development Manager. “The athletes showed a lot of poise and put on a great display of quality rugby.”

The B2Gold Provincial Regional Championship featured over 30 youth representative teams drawn from five geographical regions across BC. Over 600 male and females athletes aged 13-18 participated in the event, which was held at Burnaby Lake. It was one of the most compelling editions of the tournament in recent memory, with at least one team from each zone reaching a Championship final.

The Thompson-Okanagan Rugby Alliance enjoyed one of its best ever performances at the PRCs, reaching the Finals in the U18 Girls’ and U16 Girls’ Divisions. While both teams finished with silver medals, the achievement of reaching the championship games in the highly competitive divisions points directly to the positive trend of youth rugby in the Interior.

The Fraser Valley Rugby Union equally continued its track record of strong performances at the youth level, capturing gold in the U18 Girls’ and U16 Girls’ division.

The teams from Vancouver Rugby Union also found a great deal of success in the tournament. The U17 Boys and U14 Boys both went undefeated on the weekend en-route to first place finishes. Impressively, they U14 Boys were able to overturn a 12 point deficit against Fraser Valley in the Final and rally to a 19-12 victory. Shortly after, Vancouver’s West and North Teams met in the U15 Boys’ final, with the latter claiming gold.

To see all the fixtures and results from the B2Gold PRCs, click here.

Regions Competing in the Tournament

Broadcast and highlights:
Full game replays of the following matches can be found on bcrugby.com/live.

Highlights of those matches, which are free to use, embed and distribute, can be found on Youtube. For the playlist, click here. 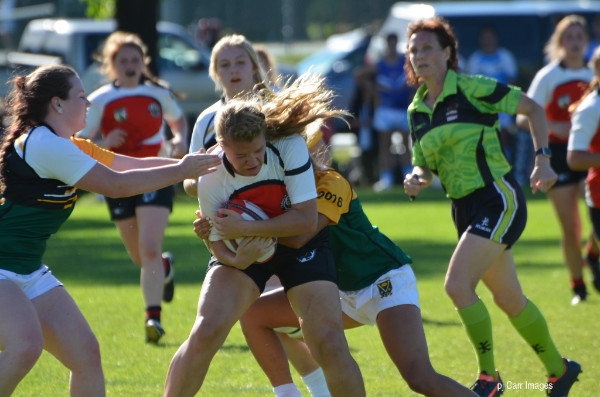 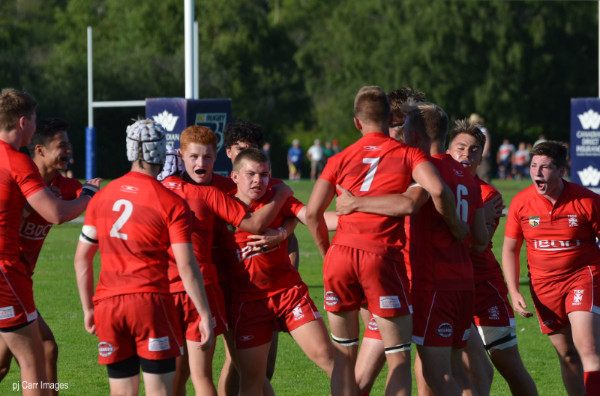