May 27, 2020
by SIRC with Derek Johnston
View All Blogs and Articles 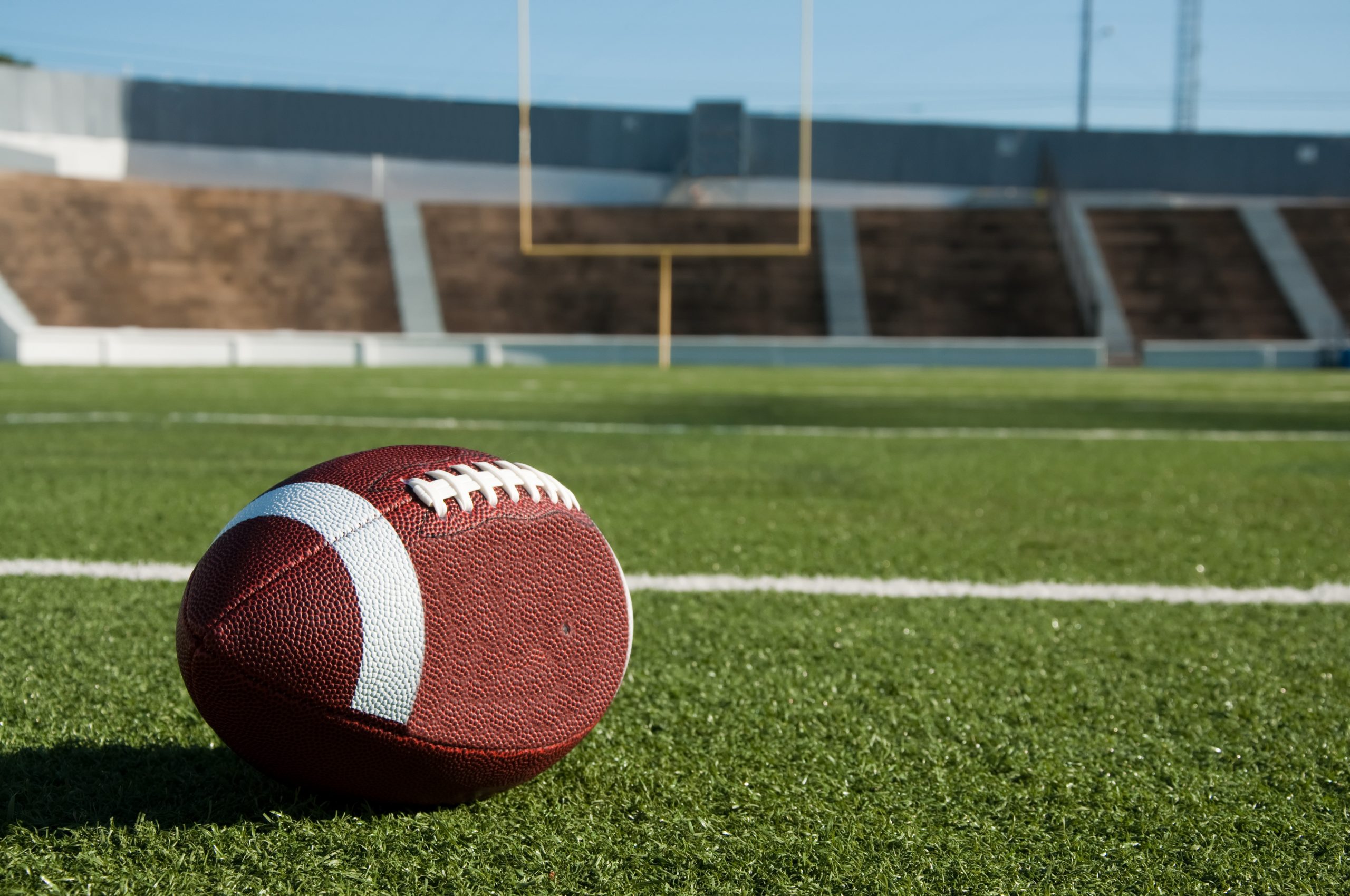 Football in Canada is enjoying a resurgence at a time when public angst over concussions in sport has never been greater.

While most sports grapple with ever-more-worrisome trends – declining participation and increasing concerns over athlete safety – football is flourishing, especially at the youngest age groups.

There’s no razzle dazzle here. The people behind these dramatic developments concede that it has been a long, arduous process, stalled by staunch resistance at every stage. Progress has been made through a determined push for change and a sophisticated combination of targeted research, high-impact rule changes, innovative technology and creative programming.

“We basically felt we had no choice,” says Aaron Geisler, Director of Sport at Football Canada. “Years ago, when we started this whole process, the number of concussions involving high-profile athletes was climbing at an alarming rate. Attitudes were hardening and the public debate was heating up big time. It wasn’t hard to recognize that we needed to make some fundamental changes if we had any hope of turning the tide.” 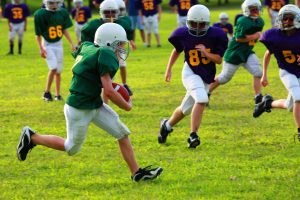 Recognizing the visible shifts in public attitudes and a range of emerging threats to the growth of the game, Football Canada kicked off a wholesale competition review in 2014. Guided by the core principles of its Long Term Athlete Development (LTAD) plan, and informed by extensive consultation, academic research and inspiration from front-line innovators in places like Regina and Saskatoon, the review took a rigourous, wide-angled look at all aspects of the game.

The resulting plan, first released in July 2016 and updated two years later, made some ground-breaking changes to the competition system, beefed up the rule book, and paved the way for programming that has created new and modified ways for youngsters to participate safely.

“The key driver has always been the safety of our athletes,” added Geisler. “I mean, what better reason can there be? It’s the ‘why’ behind this whole thing, and it’s been hard for resistors to argue with it.”

Under this new regime, there is no contact whatsoever in practices or games for players under the age of eight. There are also non-contact options available for male and female athletes right through to adult leagues. Other key changes at the youth level include a gradual transition from 6-a-side football at under-10, through 9-a-side at under-12, and then to full-sided games of 12-a-side by age 14. The implementation deadline for these changes is 2022, but most organizations have already transitioned their under-10 and under-12 cohorts.

“It seems that fewer players on the field means fewer opportunities for contact and less risk of injury,” notes Geisler. “Research shows that it gives young players the chance to try different positions, to learn the game, and to develop a deeper connection to the sport.”

Football Canada’s bold pivot is producing some dramatic results. Between 2014 and 2018, there was an overall increase of 44% in membership participation amongst boys and girls up to the U18 level – that is a jump of 24,000 young athletes. Even in the midst of the concern and controversy around concussions, changes to the game have contributed to rising participation rates in tackle football: for boys, it is up by 39% and for girls by 51% over the same period.

“That’s what seals the deal. We can talk all we want about research and rule changes, but when you see how much the kids are enjoying the experience, there’s no going back.” 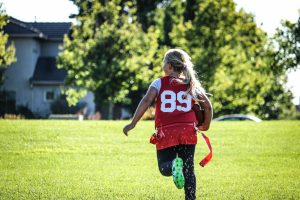 Football Canada offers three new non-contact programs for youth and one for adults, all built around specific LTAD stages. There is steady growth across the board; for example, registrations for male and female flag football were up by more than 50% or 7,000 participants between 2014 and 2018.

Greater emphasis on safety has triggered important changes in the contact game as well. Among the many rule changes, the most important has been a clampdown on one of the most dangerous elements of the game – when a player uses the crown of the head to initiate contact with another player. Football Canada went well beyond just stiffening the on-field penalty. Coaches now receive training on how to teach their athletes the right technique, and officials are taught and encouraged to recognize it on the field.

“The athletes need to know how to perform the skills properly, which means we have to give our coaches the tools to teach those skills and our officials the tools to deal with it effectively in competition,” says Geisler. “We’ve built a whole program called Safe Contact in partnership with the Canadian Football League. There’s a mandatory coaching module offered through the National Coaching Certification Program, which complements the Making Headway concussion education module that’s also mandatory for all our coaches.”

While only preliminary, early research results are encouraging, Geisler adds. Applying proper technique means that the force on a player’s head is transferred to the front of the helmet, rather than the crown, which reduces the risk of injury.

The impact of these changes will be evaluated through an innovative research program partially funded by the National Football League and delivered by several Canadian universities including the University of Calgary. SHRED – Surveillance in High Schools to Reduce Concussions and Consequences of Concussions in Youth­ – is implementing concussion surveillance in high schools to evaluate new and sustainable solutions for concussion prevention in teenaged athletes. 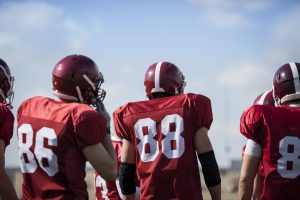 The impact of Football Canada’s changes to policy and practice will be further evaluated through an innovative partnership that will provide football clubs with a free software app to track injuries (i.e., when they occur, how they occur, etc.) and maintain records of athlete recovery and return to play. The app developer, Players Health, is managing the program roll-out to minimize the administrative burden on local clubs.

Ultimately, Geisler says it is the athlete experience that is having the biggest effect on the transformation in amateur football. “That’s what seals the deal,” he adds. “We can talk all we want about research and rule changes, but when you see how much the kids are enjoying the experience, there’s no going back.”

This blog is part of SIRC’s #HeadstrongCanada concussion awareness, prevention and management campaign. The campaign features tools, resources, and best practices in managing and preventing concussions in sport in Canada. Developed in partnership with Sport Canada, Public Health Agency of Canada and other organizations, the toolkit offers credible information and templates recognized by stakeholders throughout the sport system.

Derek Johnston is the President of Face Value Communications Inc. Over the last 20 years, Face Value has supported more than 20 different national and multi-service sport organizations with strategic communications advice, facilitation and executive coaching. As a volunteer, Derek has served on Team Canada Mission Staff at multiple Major Games in places like Australia, Malaysia and the UK, and has coached soccer and triathlon for a total of 25 years.

Peter Morrow is SIRC’s Communications Specialist, leading the dissemination of SIRC’s research, information and resources into the sport community level. He is a multi-sport athlete, currently enjoying soccer, hockey, softball, golf and tennis.