Max Parrot swings for the fences in Boston and Quebec City

Canada Snowboard – Two weeks after winning X Games Big Air Gold, it was once again the Max Parrot (Bromont, QC) show with the canadian rider topping both podiums during the back to back World Cup Big Air events at Boston’s Fenway Parkand Quebec City’s Snowboard Jamboree.

After finishing first in his heat during qualifying for the Fenway Big Air, hosted in Boston’s iconic Fenway park baseball stadium, Parrot was the only competitior to drop a triple cork in the finals, finishing with a two-run combined score of 183.50. Teammate Mikey Ciccarelli (Ancaster, ON) finished in second with a score of 174.00.

“I planned to do a triple before the competition started, but I couldn’t land it in the practice. But then, when I saw Mike was sitting in the first place, I knew I had to do it if I wanted to win. So I told myself, now it’s time to land it, and at the end it worked out pretty well.” said Parrot.

On the women’s side, Jenna Blasman (Kitchener, ON) and Brooke Voigt (Fort McMurray, AB) took second and third respectively with another amazing showing from the Canadian contingent. Blasman was ecstatic with the result:

“I’m very happy even though I’m extremely sore, but I’m really excited about (my result). I needed that, and I wanted it so I can’t be any happier”

The world cup circuit then moved to downtown Quebec City for Snowboard Jamboree where Parrot once again took home the top prize.  Scoring an astounding combined 192.5 out of 200, The home province hero wowed the crowd with a cab double cork 1260 mute and a backside triple cork 1440 mute.

“I’m really happy, that wasn’t an easy competition.” Mentioned Parrot. “I fell on my second run, so I had a lot of pressure going into my third. But I did motivate myself: I looked at the crowd, and I told myself: ‘I need to land that. I’m in Quebec, everyone here knows me, so let’s go! Let’s do it!’ And it worked out with first place, my second in just three days, so I’m very happy.”
Tyler Nicholson (North Bay, ON) replicated his 2015 result; snagging second with a score of 179.50 with two landed 1260 varieties in the contest.

After sitting out the last two years with injury, Mercedes Nicoll (Whistler, BC) continued her return to competition by joining the Halfpipe team in Sapporo, Japan for their last world cup of the season.

The freestyle World Cup circuit now moves on to Pyeongchang, Korea Republic for an Olympic test event from the 19th -21st of February 2016. The Snowboardcross team then heads to Pyeongchang as well from February 25th-27th for FIS SBX World Cup action. 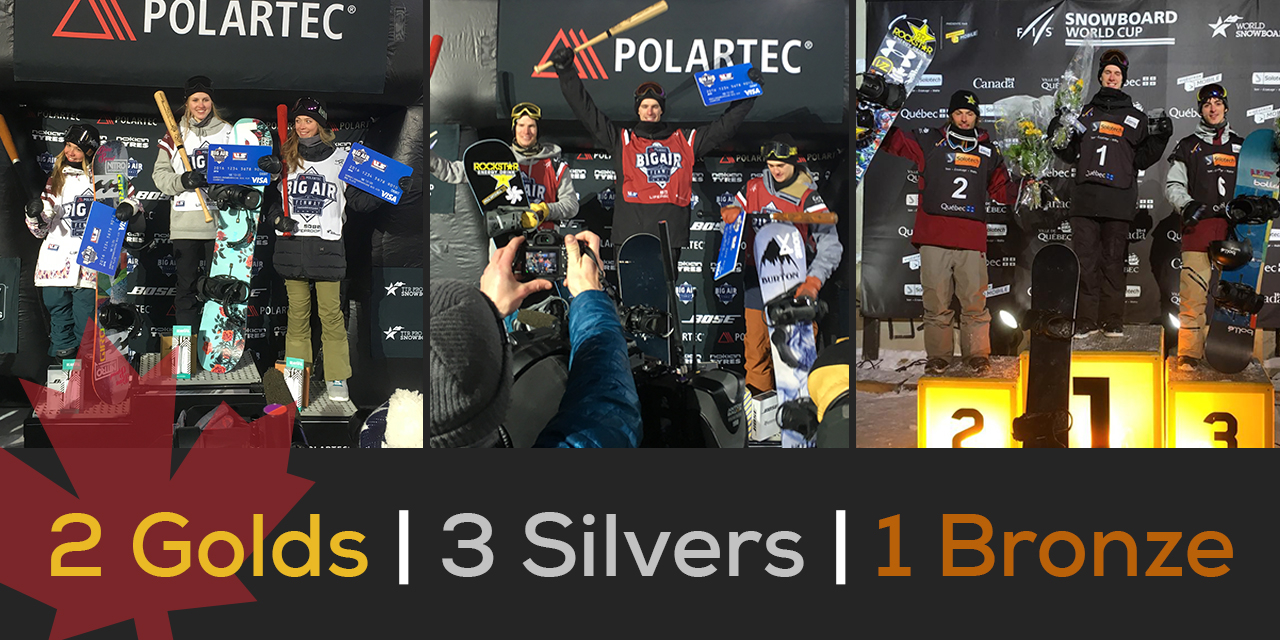