In the four event Omnium, riders accumulate points based on their results in each event, with the top points getter winning the title after the final event.  Coles-Lyster finished fourth in the first event (Scratch Race) and won the second race (Tempo), putting her in a tie for the lead with Letizia Paternoster of Italy at the halfway point.  However, Coles-Lyster could only manage fifth in the Elimination Race, won by Paternoster, putting Coles-Lyster eight points back going into the final Points Race.  In the Points Race, Coles-Lyster took eight points while her Italian rival took 11, giving Paternoster the gold medal with 125 points to Coles-Lyster’s 115.  Mylene de Zoete of the Netherlands took the bronze medal, three points behind Coles-Lyster. 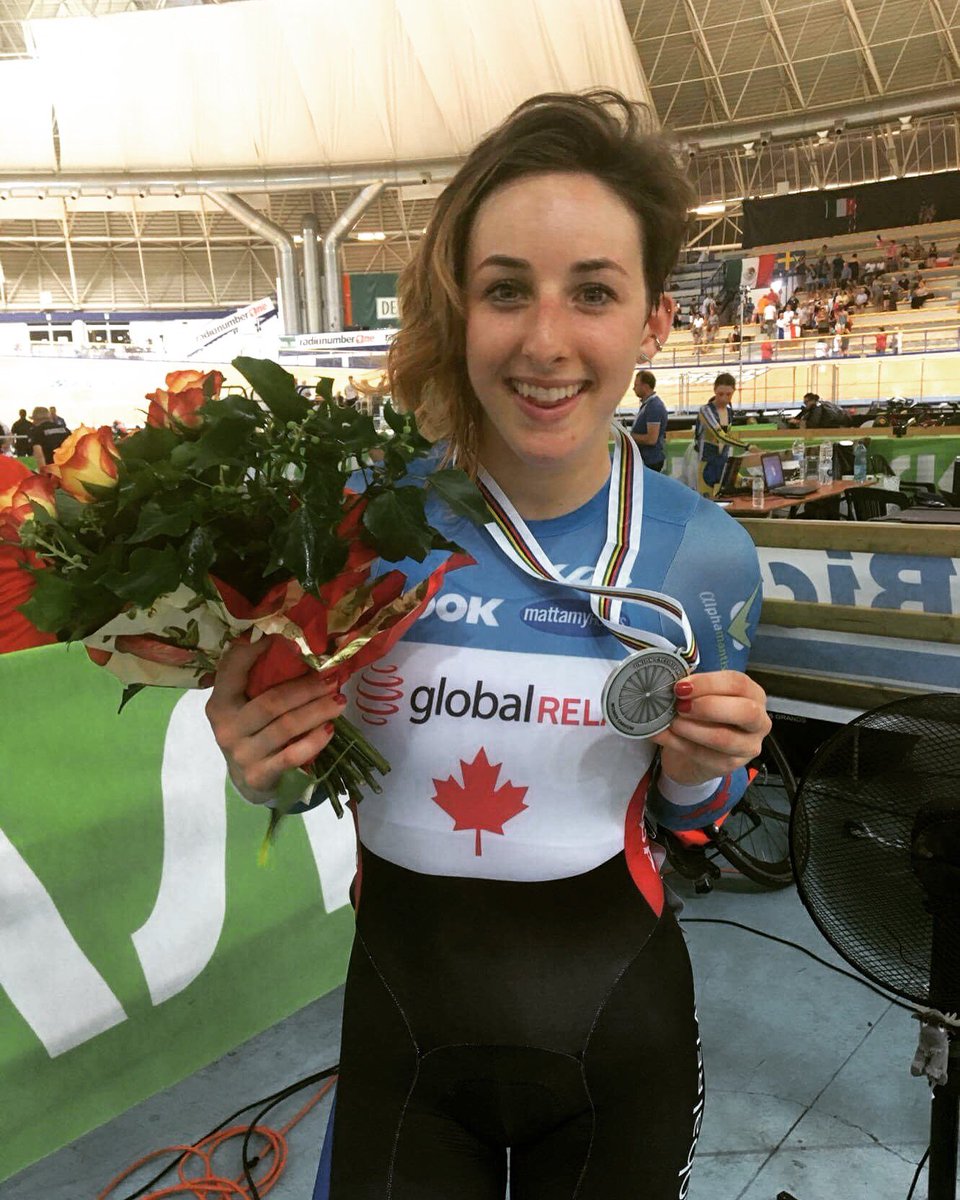 “This was the first time I had done a complete Omnium like that,” revealed Coles-Lyster, “and it had many highs and lows.  It started well with fourth in the Scratch Race and then I won the Tempo, despite crashing with two laps to go.  I went into the Elimination tied for first and I had very high expectations for myself, but I got boxed in and I was a little sore from my crash, so I didn’t make the smartest move and ended up fifth.  This put a lot of pressure for the Points Race, where I was marked by riders from behind me but had to make up those points.  I rode my heart out in that race and just managed to hold onto second.”

In other results over the first three days of competition, both the women’s and men’s Team Pursuit squads sent Canadian records, with the women riding 4:32.600 and the men 4:09.813.