Qualifying for this new event, which will have its introduction at the Tokyo Olympics in 2020, consisted of two, one minute runs, with the scores for the runs averaged.  Chipman received 59.20 points for his two runs, and special attention for his Quad Truck move, which involves combining a 360 degree spin of the bike while simultaneously spinning the handlebars four times, all during a jump.  It is believed to be the first time anyone has landed this trick in international competition. 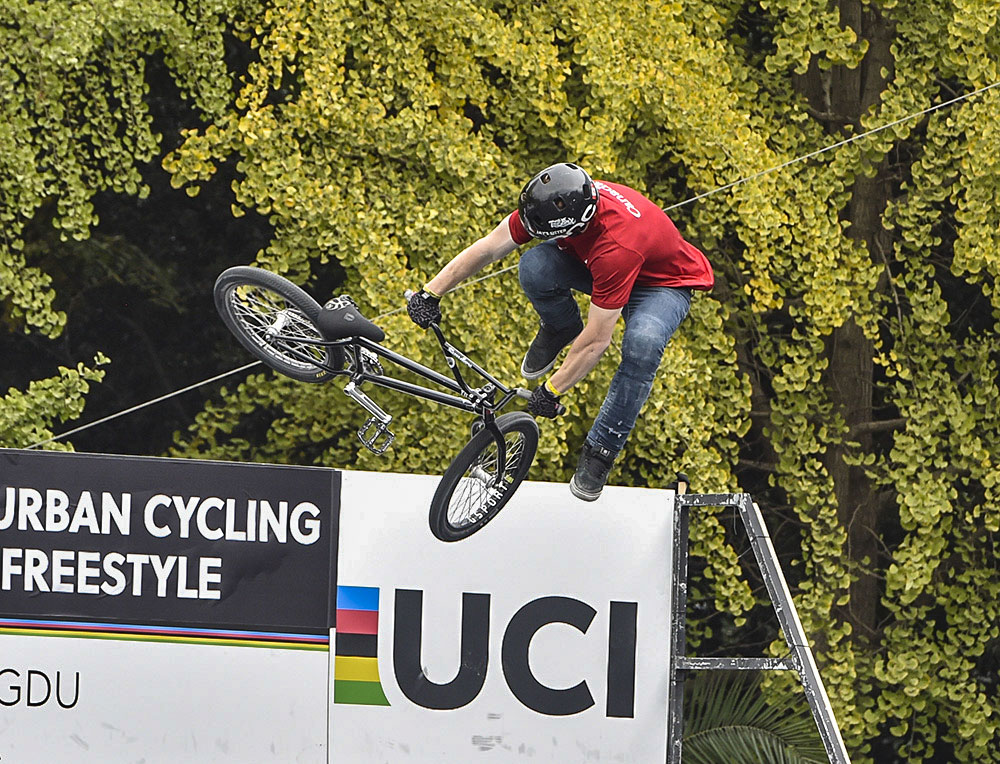 “I’m really happy about my two runs,” said Chipman.  “I fell in my first run, but it was at the end, and I’m happy with the tricks I managed.  I did a Quad Truck and I think overall I rode pretty well.  I’m proud of my rides. I think it’s really cool to represent Canada here and ride in the first ever world championships.”

Chipman’s world championships ended after qualifying, since only the top-24 riders move on to the semi-final round on Saturday.

“This was my first incursion into the Freestyle world,” commented Jacques Landry, Chief Technical Officer and Head Coach at Cycling Canada.  “I can see why the IOC brought this event into the Olympic program, as it has very good elements of skill and athletic prowess.  There will, however, have to be some adjustments to adapt to Olympic standards. I just hope any adjustments do not take away from the existing culture that Freestyle enjoys.” 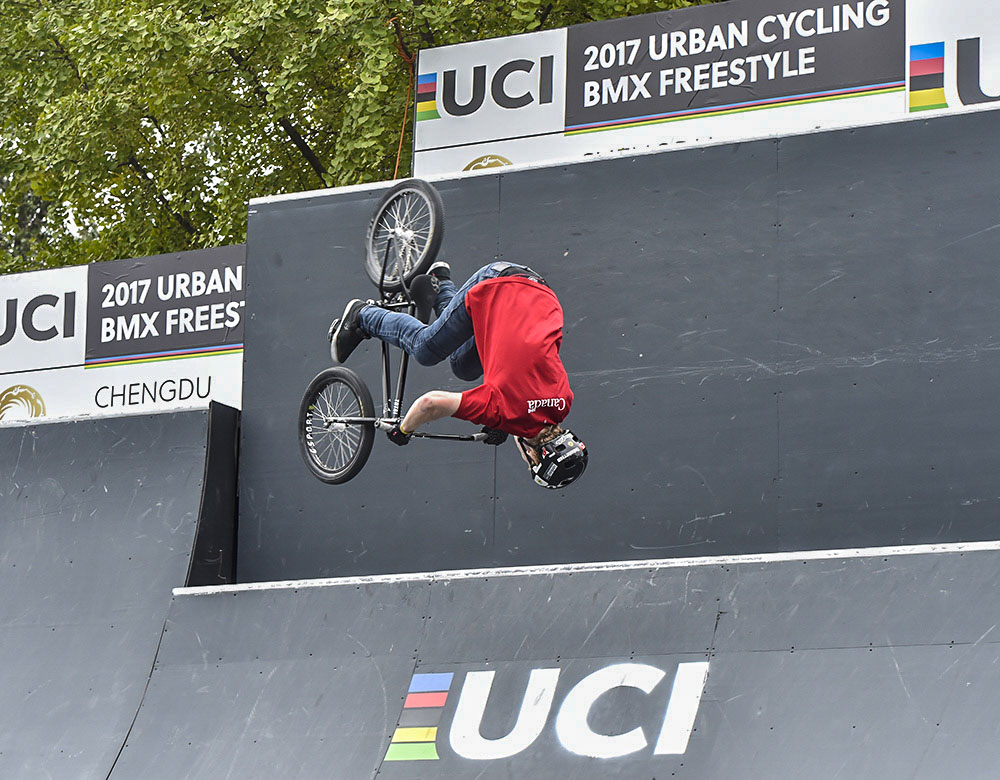 “From my limited knowledge of Freestyle, I thought Jaden did very well. He definitely has a lot of skills; I really thought he would make it to the Semi’s, but the judges did not see it the same way. Given he is of Junior age, he’s got a lot of room for improvement.”