Canadian Sport Centre Manitoba – March 8, 2016, Montreal, QC – It was a successful weekend of competition for Manitoban gymnast Isabela Onyshko. With a score of 57.550 points, the 17-year-old Olympic hopeful won gold in the individual all-around at L’International Gymnix competition. Onyshko also took silver on floor and bronze on uneven bars. In team competition, her squad earned a silver medal. 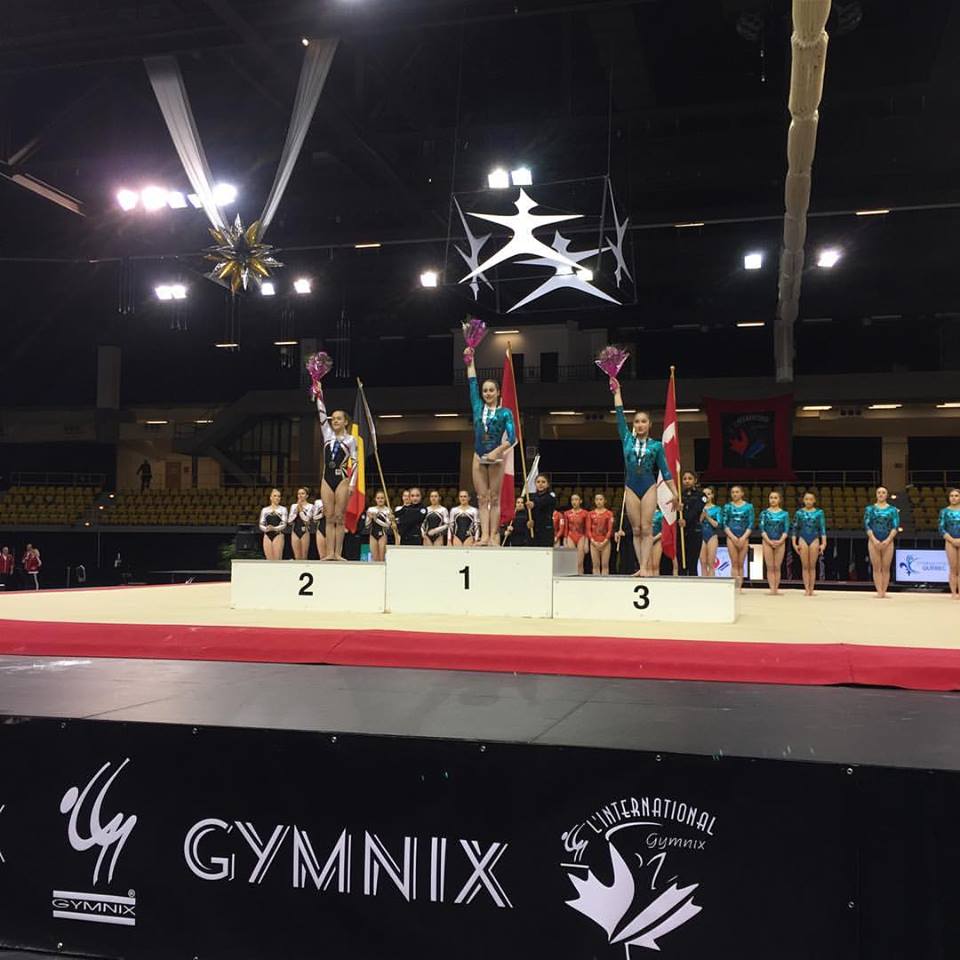 Onyshko is no stranger to this kind of success. Following impressive results at last year’s World Championships and Pan Am Games, she began 2016 with a gold in the all-around category at the Elite Canada championships, along with taking top spot in senior women’s apparatus finals in uneven bars, beam and floor. Though she has consistently proven herself at major competitions, Elite Canada was a breakthrough for Onyshko, who placed ahead of fellow Canadian Ellie Black for the first time.

According to coach Joe Stouffer, February’s Elite Canada event was “an opportunity to show new skills on vault and balance beam to demonstrate her ability to contribute to Team Canada on all four apparatus and to improve her all around ranking on the world stage.”

“Manitoba has not historically been known for producing gymnasts of this caliber,” notes Kathy Stoesz, Executive Director of the Manitoba Gymnastics Association. “And here we have Bela, a truly homegrown talent, who may just be the best gymnast in the country.”

Others are starting to take notice. Dave Brubaker, Canadian women’s national team director, describes Onyshko as “determined with clear cut goals.” Brubaker says, “She’s a perfectionist and she really works hard and follows a plan to keep on improving.”

Despite her success and upward trajectory, Onyshko remains humble about her accomplishments and is often the first to congratulate another athlete or provide support and encouragement after an injury or disappointment.

About CSCM:
The Canadian Sport Centre Manitoba (CSCM) was created as one of the many legacies of the 1999 Pan American Games held in Winnipeg. Today, CSCM is the hub for high performance sport in Manitoba. A proud member of the Olympic and Paralympic Sport Institute Network, CSCM works to provide a world-class, multi-sport daily training environment for athletes and coaches through integrated services and programs in the fields of physiology, strength and conditioning, nutrition, psychology and support services.