Ellie Black picked up her second medal in as many nights on Tuesday after winning the bronze medal in the gymnastic women’s all-around final. Black posted a total score of 54.950 which included an impressive 14.500 score on the vault and 14.000 on the beam, both of which were good for first in the competition.

“It’s incredible, just getting another opportunity to come back out here and represent Canada. It was a really fun competition. A couple of bumps in the road, but it’s part of the sport and you just got to keep fighting through and we just had a blast out here today,” said Black.

Briannah Tsang also competed in the all-around final and placed 11th while Rene Cournoyer finished 11th in the men’s event. 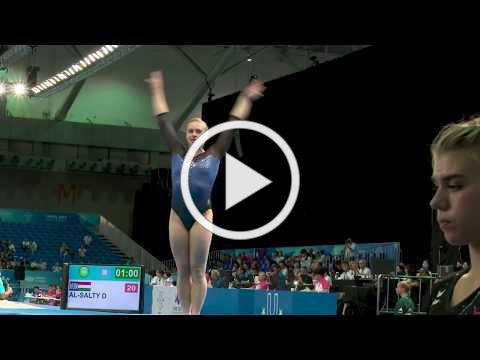 Earlier tonight, weightlifter Alex Bellemarre captured Canada’s first bronze medal of the 29th Summer Universiade on Tuesday evening, finishing 3rd in the 77kg class. Bellemarre was second after the snatch portion of the final, having lifted 147 kilograms. He then proceeded to lift 169 Kg in the clean and jerk segment for a total of 316 Kg.

Kazakhstan’s Aidar Kazov won gold after lifting 331 total Kg while Russia’s Viacheslav Iarkin was passed on the last lift and settled for silver with 330 Kg.

The Canadian men’s basketball team bounced back in style after Monday’s loss, dominating their duel against Hong Kong from start to finish to get a 125-55 victory Tuesday night.

Canada quickly took a 9-2 lead at the beginning of the first quarter and never looked back. Erik Randall Nissen of Acadia University collected a double-double with 20 points and 11 rebounds. Kaza Kajami-Keane of Carleton University had another strong game with 18 points, while Kevin Bercy of St.FX University added 17 points. Alexandre Leclerc of Université Laval led the team with 13 rebounds.

The Canadian team will play its next game against Japan Thursday, August 24 at 8:00 a.m. Eastern time.

The Canadian women’s basketball team improved their record to 2-0 to start the Universiade competition on Tuesday night, defeating South Korea by a final of 79-42. Unlike their first contest where the Canadians struggled out of the gate offensively, Tuesday saw Team Canada post 19 points in each of the first two quarters to hold a 38-13 lead at halftime. Canada closed the game strong with 24 fourth quarter points to solidify the lopsided victory.

After two long nights of five-setters, the Canadian men’s volleyball team defeated Cyprus 3-0 (25-15, 25-22, 25-15) on Tuesday night in their third match of pool play. Cam Branch (Nipissing Lakers) made his debut to the lineup and didn’t disappoint, scoring a team-high 10 kills, followed by UBC Thunderbird Irvan Brar with seven of his own. Libero Jeremy Davies (Brandon Bobcats) recorded a game-high six digs in the three-set match. Canada will take a day off before facing Argentina (2-1) at 1:00 a.m. Eastern time on August 24.

Ukraine’s women’s volleyball team was too much for the Canadians to handle as they dropped their second game of the Summer Universiade 3-1 (19-25, 18-25, 25-22, 20-25). UBC Thunderbird Danielle Brisebois led the team with 11 kills and a game-high 14 digs. Middle Kelsey Veltman from the Western Mustangs added six kills for Canada. Setter and Trinity Western Spartan Nikki Cornwall recorded a game-high 27 assists. The women’s volleyball team will take on Argentina in their third game of pool play on Aug. 23 at 1:00 a.m. Eastern time.

Canada lost 2-0 to Mexico in their final pool play game on Tuesday afternoon. The loss put the Canadians in second place to finish pool play. Mexico out-chanced the Canadians in the match, finishing with 16 attempts to Canada’s seven. They also landed seven of their attempts on goal, while Canada finished with two on target.

Canada opened the Games with a 1-0 victory over Ireland and will now play Brazil on August 24 at 7:30 a.m. Eastern time in the quarter-final round at Hsinchu County Second Stadium.

At the last Universiade in Gwangju, South Korea, Canada had its best finish at the Games. The Canadians lost the bronze medal game to Japan. A victory on Thursday will allow them to, at minimum, match their 2015 result. 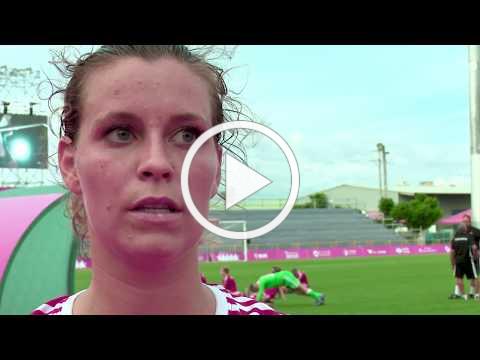 After a tough loss against Russia, the Canadian women’s team bounced back to earn an 8-5 victory over a strong Hungarian team. Axelle Crevier led the way with three goals, while Shae Fournier scored twice.

“I think the team really stepped up today. After a tough loss last game we were able to come out strong versus Hungary,” commented the team’s captain Emma Wright. “We kept our composure throughout the game even when they came back in the second quarter. This win was one step closer to reaching our end goal.”

“The team showed a lot of professionalism in the past few days. After dealing with adversity, we showed elements of brilliance in today’s game,” stated head coach, David Paradelo. “Our defence worked as a unit and we were patient on offence; this was key for this game. We are progressing to where we want to be but we still need to refine some areas of our game”

In swimming, Canada had a number of athletes in action on Tuesday, with the high point of the day being Katerine Savard finishing fourth in the women’s 100m freestyle final. Sarah Darcel qualified for Wednesday’s women’s 200 IM final with a semifinal qualifying time of 2:12.66. Also in finals on Wednesday will be Alexia Zevnik (100m backstroke) and Savard (100m butterfly).

In diving, Canada’s Elaena Dick and Celina Toth both qualified for the women’s platform final set for August 23. Dick finished third in the semifinal with a score of 297.00 while Toth placed fifth with 285.55 points.

In taekwondo, Crystal Chan won her first match 23-2 to advance to the quarter-final in the women’s 46 Kg event before falling to Kyriaki Kouttouki from Cyprus. In the men’s 68 Kg event, Hunter Carroll won his first match 26-0 but lost in the Round of 16. Ruxandra Rodgers lost her first match in the 57 Kg weight class and Anas Sghir was disqualified from the men’s 54 Kg event.

In table tennis, the men’s and women’s team events began today and the women split their two matches by picking up a win over Australia while falling to Poland. The men lost both their matches. The team events continue on August 23. 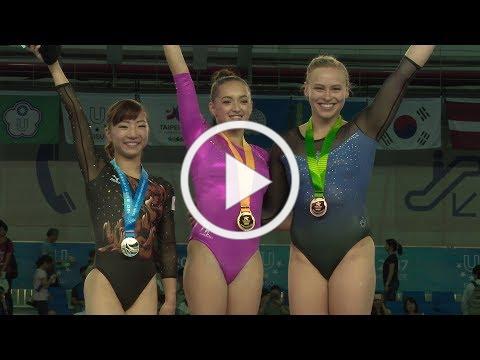