The 119 kilometre stage from Rouyn-Noranda to Amos saw six riders break away and manage to hold off the field until the finish line, with Penno outkicking Nicholas Diniz (Team Ontario) and Riley Sheehan (Team USA).  Other Canadians in the break were Robin Plamondon (Quebec) in fifth and Guillaume Davidson (Team Canada) in sixth.  The peloton finished at 32 seconds. 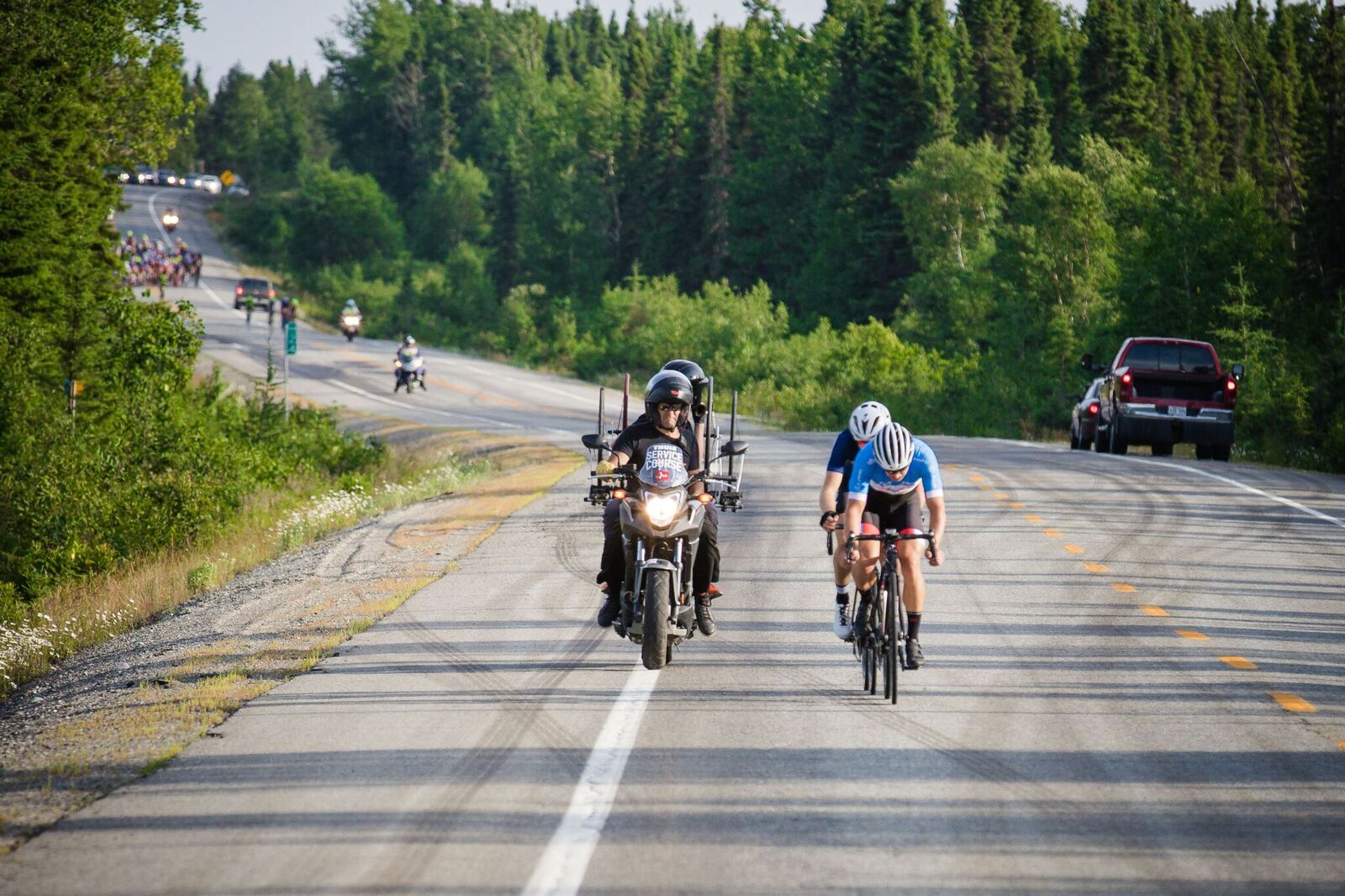 “We were trying to work as a team and cover breakaways,” explained Penno.  “It just happened that the breakaway I covered ended up sticking and staying away. The American [Sheehan] and I rolled away and then the others joined us.  At the finish I had good legs, and I just gave it everything I had, and it went in our favour.  I went pretty hard, but I do have some left for the rest of the week.  It’s a good feeling, knowing that I haven’t gone too deep.  I didn’t expect this [to win] right off the gun, so it’s quite awesome.”

After time bonuses, Penno now leads Diniz by five seconds and Sheehan by seven seconds.  Penno also holds the Points Jersey, with 32 points to 24 for Diniz.  Sheehan leads the White Jersey (First Year) competition, as well as the one for the Climber’s Jersey (tied at five points with Ama Nsek (Stradling p/b Specialized) of Luxembourg.  Team Canada leads Team USA by 24 seconds in the team classification.