Skip to main content
Home Tradition or Tech? Either Way, Keep It Representative

Tradition or Tech? Either Way, Keep It Representative 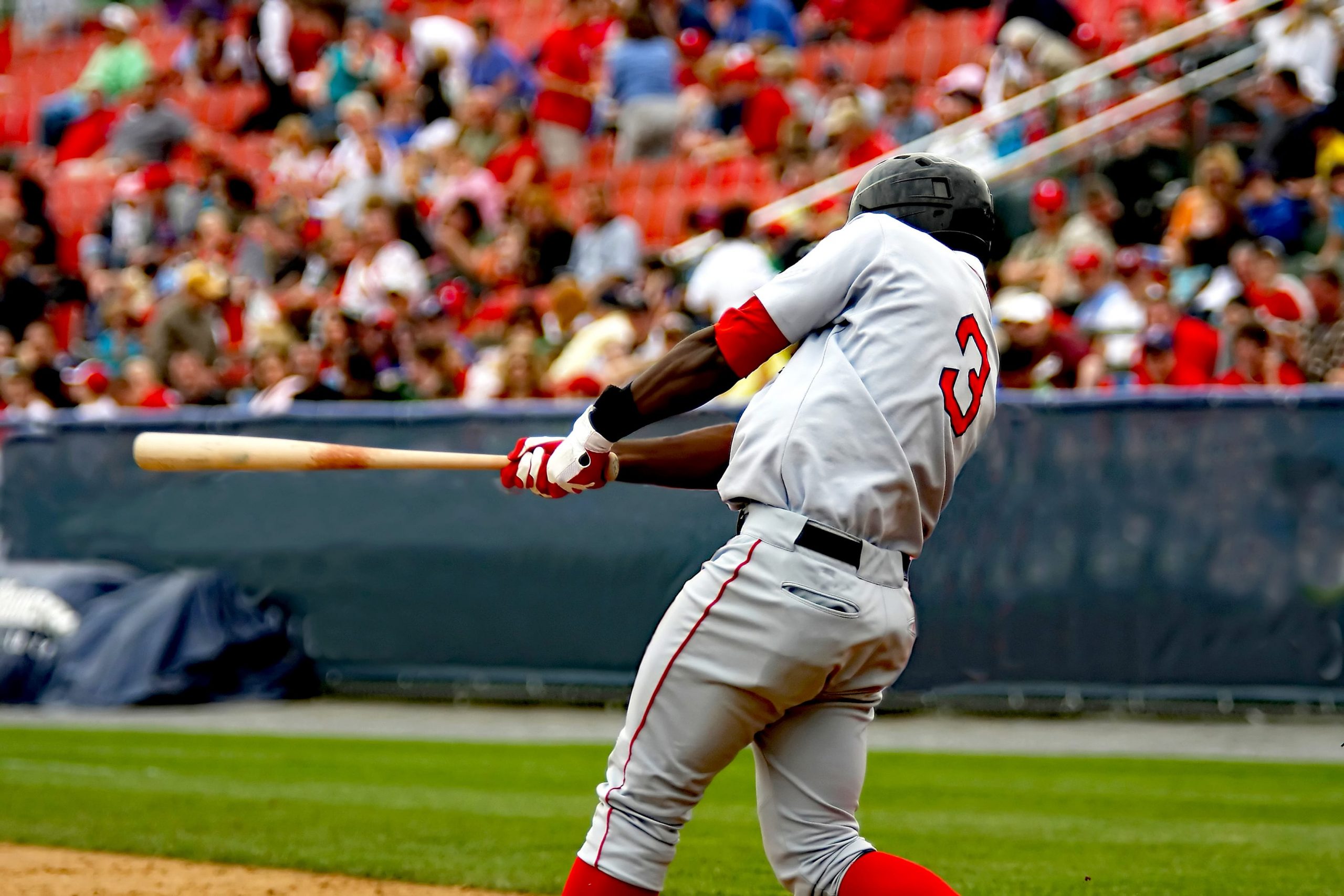 Some coaches rely on de facto drills that seem to be an essential part of their sport as a foundation for their practices; others turn to the latest gadgets and technology to drive their practice plans. Before integrating tradition or tech, coaches should evaluate their drills and innovative tools based on their contribution to skill acquisition. Applying the concept of Representative Learning Design (RLD) can help ensure your practices are contributing to quality learning and greater skill transfer from practice to competition.

Prior research has established that perception-action coupling – the pairing of movements with the necessary contextual and perceptual information needed to successfully execute a task – underpins exceptional performance. For example, elite performers make better decisions (e.g., estimating where is a ball going to land) when they are allowed to move as if they are playing, as opposed to when they are seated and viewing video. Research suggests practice tasks that incorporate competition-like movements and information, and thus are higher in action fidelity and functionality, deliver higher quality learning and better performance during competition.

To encourage consistent movement patterns in athletes, coaches often employ a deconstructive approach – an isolated skill that is performed frequently during a match (e.g., tennis serve, softball pitch, basketball free throw) is broken down and segmented in the practice environment. 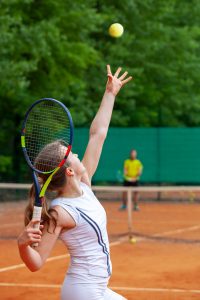 Davids et al. (2000) explored how this method affected novice volleyball players’ serving consistency. In this experiment, novice volleyball players were divided into two groups – one practiced a consistent ball-toss separate from striking the ball (i.e., de-coupled); the other practiced a coupled ball-toss and strike. Results suggested that the de-coupled practice group experienced greater long-term variation in the height and location of their ball-toss. This is important because ball-toss inconsistency is related to more errors, which is detrimental to performance (Davids et al., 2001). Furthermore, routinely performing this de-coupled drill risks harmful long-term learning effects as it disrupts the development of perception-action coupling – research shows expert volleyball players use the vertical zenith (highest point) of the ball as a cue to initiate the rotation of their front hip (Davids, 1999). Thus, drills that are low in action fidelity do not afford the opportunity to synchronize relevant movements with perceptual information.

While action fidelity focuses on the movement aspect of the perception-action link, functionality largely focuses on the information part of the link. Within every sport, athletes process and use information to make decisions and move accordingly. Depending on the sport, information may be visual (i.e., an approaching defender or object), haptic (i.e., the feel of a golf club or tennis racquet), auditory (i.e., the sound of impact between ball and object), and probabilistic (i.e., the likelihood of an event occurring in a competition). Consequently, it is crucial to ensure that your practice environment preserves the relationship between movement and information.

The perception-action link is particularly relevant in interceptive sports (e.g., baseball, cricket, softball, and tennis), where athletes rely on the pairing of advanced visual information processing (i.e., an opponent’s bodily positions, and the trajectory, spin, and velocity of the approaching ball) with complex movements to strike the ball. 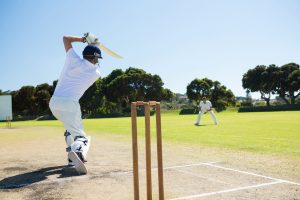 When ball machines are used to simulate an opponent, functionality is low as the athlete is not able to process informational cues that they use in competition, such as the wind-up or release/contact point of their opponent. To demonstrate the potential harm associated with low functionality drill design, Pinder et al. (2009) assessed the swing timing and coordination of novice cricket batters facing a live bowler (high functionality) and a bowling machine (low functionality). When facing the bowling machine, batters displayed sub-optimal movement kinematics and delayed timing. This suggests batters using a ball machine may be practicing movements not used against a real opponent during competition. The risk is that low functionality drills may disrupt the coupling between information and movement, which could impair learning and performance.

Practice plans that incorporate modern technology are becoming increasingly popular in high performance sport. Hockey and soccer players can watch shooting technique filmed on high speed cameras, basketball players can track how many shots are made in practice with wrist and net sensors, and football/rugby players can be seen tackling robotic pads at their respective training sites. However, some of these technologies are unrepresentative to the point that they contain no recognizable aspects of a sport (e.g., multiple object tracking). Although some evidence that brain-training technologies improve working memory exists (Vartanian et al., 2016), multiple studies have suggested that training with such technology does not lead to sport-specific performance improvements (Farrow et al., 2018; Harris et al., 2020; Melby-Lervåg et al., 2016), as it is low in functionality and action fidelity. For a sizeable cost, coaches can integrate a high-fidelity virtual environment or augmented reality into their practice plans. While promising, the majority of virtual reality (VR) applications to sport research have focused on endurance sports, where less factors need to be considered to create an immersive environment (Neumann et al., 2018). As VR environments become more representative of competition in skill-based sports, the potential benefit and harm to skill acquisition will likely depend on how much they preserve action fidelity and functionality, and how much their use is balanced with other representative tasks.

New technology is also contributing to a prompt feedback climate. Although wearable and software-based measurement instruments contribute to a better understanding of how specific inputs affect outputs (e.g., high-speed cameras that capture how a specific grip affects a baseball’s movement during a pitch), they can also lead to a compartmentalized visualization of movements. Additionally, the instantaneousness of technological feedback (i.e., immediately after a mistake is made) is typically unrepresentative of competition, and can have harmful outcomes on learning if not packaged and delivered appropriately (learn more in the SIRC blog on Coaching Strategies to Maximize Long-Term Learning and Performance for Athletes).

Contemporary practice environments include drills that have been unchanged for decades and impressive emergent technologies, regardless of what empirical research suggests about their efficacy. When evaluating traditional drills, or deciding to introduce technologies into the practice environment, coaches and athletes can use an RLD lens to assess their value by considering the following questions:

If skill acquisition and progression are the goals for athletes, drill design should be viewed through a Representative Learning Design lens.

Matt McCue (@mattcmccue) is a PhD student in the Faculty of Health Sciences at Ontario Tech University and an intern with the Toronto Blue Jays’ front office. His research focuses on talent identification and expertise development in sport. In particular, he is interested in the interactions between practice conditions, gaze behaviour and performance. He hopes to strengthen the relationship between researchers and coaches/scouts in sport with his research.

Nick Wattie (@wattien) is an Associate Professor in the Faculty of Health Sciences at Ontario Tech University. His research examines various factors related to talent identification and development in sport, expertise development, skill acquisition, and positive youth development through sport. He has worked with several NSOs and PSOs in Canada (e.g., Wheelchair Basketball Canada, Canadian Sport Institute Ontario, Canadian Paralympic Committee, and Ontario Soccer) to improve athlete and referee development, and the delivery of evidence-based approaches to skill acquisition.

Melby-Lervåg, M., Redick, T. S., & Hulme, C. (2016). Working memory training does not improve performance on measures of intelligence or other measures of “far transfer” evidence from a meta-analytic review. Perspectives on Psychological Science, 11(4), 512-534.