Coaching Strategies to Maximize Long-Term Learning and Performance for Athletes 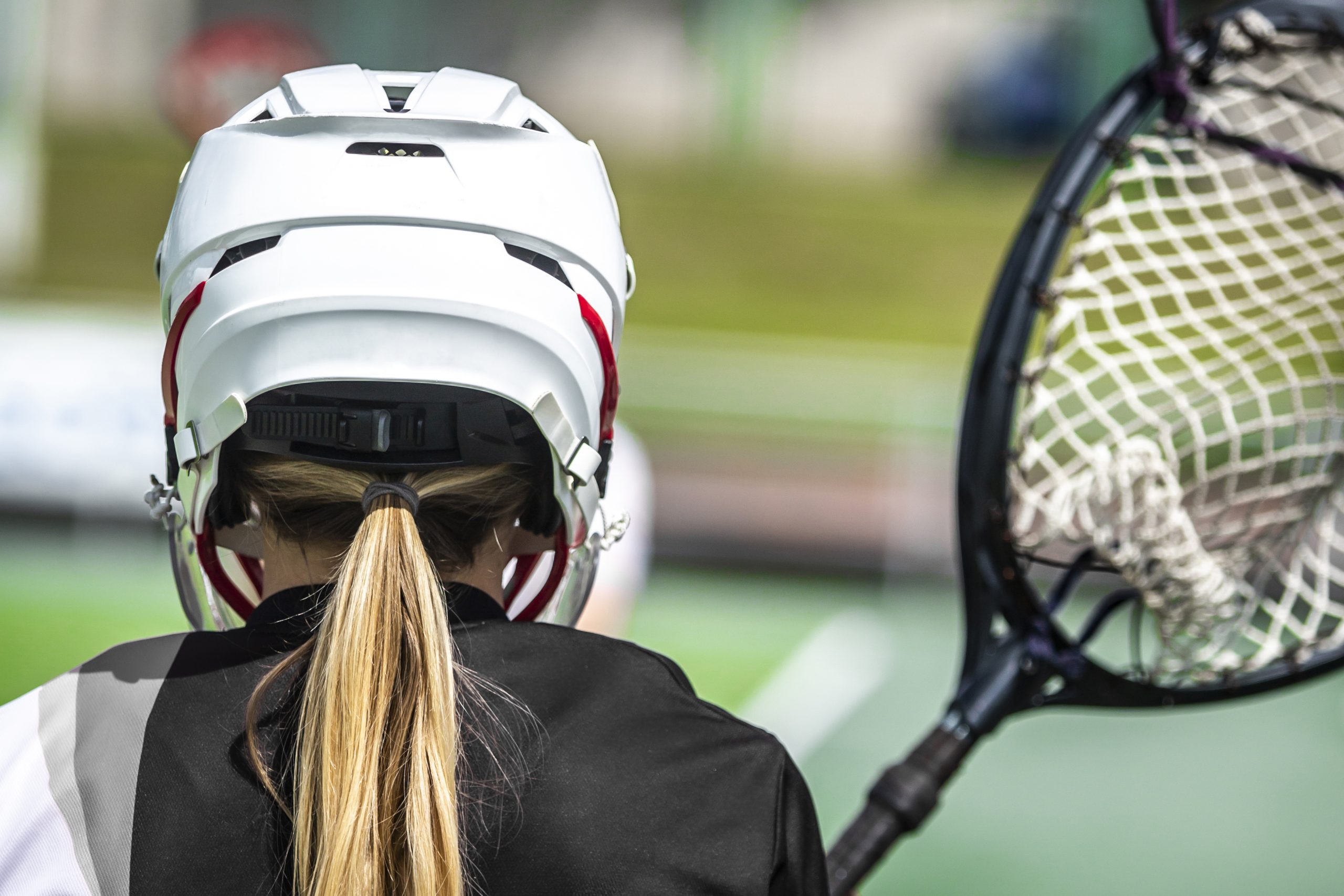 At a time when athletes and coaches have been inundated with pseudoscientific ideas about the importance of accumulating 10,000 hours of practice, the importance of practice quality often does not receive the attention it should. Contrary to popular belief, there is significant evidence that improvements in sport-specific skills during practice do not always yield the long-term change in performance that signifies learning (Soderstrom & Bjork, 2015). While many traditional coaching strategies, such as repetitive practice drills, coach-prescribed motor patterns, blocked training, and frequent corrective feedback have been shown to yield short-term motor performance improvements during practice, these strategies do not contribute to robust motor learning that can be transferred to competition. Motor learning is characterized by relatively permanent improvements in movement ability and is measured over time and outside of practice (i.e. during games and competition). An understanding of the learning-performance distinction is necessary for coaches designing learning environments for athletes. Using principles from Nonlinear Pedagogy (Chow, Davids, Button, & Renshaw, 2016) and the OPTIMAL theory of motor learning (Wulf & Lewthwaite, 2016), this blog will highlight some of the factors that influence learning outcomes for athletes, and provide recommendations for coaches to improve their current training strategies.

People experience a natural motivation boost when provided with opportunities to exercise control via choice. When given the opportunity to choose, our intrinsic motivation becomes elevated and our performance tends to increase. Giving athletes control over certain practice elements is one way that coaches can increase motor learning. For example, letting athletes decide:

Interestingly, research suggests that learner autonomy benefits motor learning even when the choice provided is unrelated to the motor task. For example, when participants were allowed to choose which colour golf ball (white, orange, or yellow) they preferred to use during putting practice, they outperformed participants who were not given a colour choice during a retention test 1 day later (Lewthwaite, Chiviacowsky, Drews, & Wulf, 2015). The findings of this study, and several others, showcase the positive influence that autonomy can have on motor learning.

Recommendation: Regularly incorporate choice – relevant or not – into practice sessions. 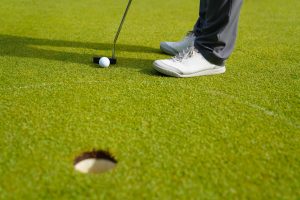 Verbal feedback is arguably the most abundantly used coaching “tool” in sport. Knowing when and how to structure feedback to optimize learning outcomes is therefore valuable for coaches and players alike. In terms of timing, giving athletes the power to decide when they receive feedback has been shown to enhance learning. In terms of verbal feedback type, a more positive filter seems to benefit learners. For example, research participants who were told their average putting performance was improving after each set of 10 putts (regardless of whether or not this was true), showed increased putting accuracy during a retention test 1 day later; indicating that learning was increased in those who received comparative feedback (Chiviacowsky, Harter, Gonçalves, & Cardozo, 2019). Similarly, research has shown enhanced learning when participants were told their performance was superior to others, and when feedback was given following “good” trials instead of following “poor” trials. To help athletes improve, coaches should consider the timing and type of feedback they provide when pointing out errors and suggesting potential solutions.

Recommendation: Place greater value on positive comparisons (either in relation to previous performance or in comparison to others – without naming names), and provide feedback following strong trials more often than weak trials.

Verbal feedback from coaches can also be used to direct an athlete’s focus internally (on the body movements) or externally (on the intended movement effect). There is substantial evidence that an external focus of attention is superior to an internal focus of attention for motor learning. For example, Becker and Fairbrother (2019) found that participants who were instructed to focus externally (“accelerate the dart”, “straight dart path”, and “hit the target”) outperformed their peers who were instructed to focus internally (“accelerate the forearm”, “straight arm path”, and “hand to target”) during a dart throwing task; both during the intervention and the retention test 1 day later.

Recommendation: When providing feedback on technical skills, frame the message to focus the learner’s attention externally on the intended effect of the movement, rather than the body movement itself. 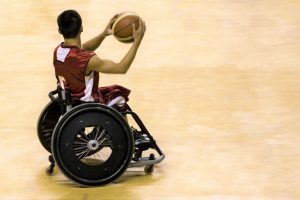 Blocked practice schedules involve chunking, where sport-specific skills (skating forwards, skating backwards, passing, shooting, etc.) are practiced separately for a period of time (i.e. low contextual interference). On the other hand, random practice schedules require skills to be utilized in a somewhat indiscriminate order (i.e. high contextual interference). Blocked practice has been shown to improve motor performance, especially for beginners, whereas random practice has been shown to enhance motor learning. The variation that exists during random practice forces the athlete to adapt to the changing context and develop the underlying mechanism of the movements rather than simply repeating the same motion continuously. A study involving high school basketball players found that those assigned to the blocked practice group (27 chest passes, 27 overhead passes, and 27 sidearm passes) outperformed their peers in the random practice group (total repetitions were equal – 81 – but participants were not allowed to perform the same pass more than two times consecutively) during the intervention; indicating superior motor performance. However, the random practice group outperformed the blocked practice group during both the retention test (1 day later) and the transfer test (participants were required to perform the passes from a greater distance); indicating superior motor learning (Medina, Baba, & Thomas, 2019). Indeed, skills that are learned slowly, are forgotten slowly. It should be noted that random practice schedules pose a greater challenge to learners than blocked practice, and athletes may feel as though they are not improving quickly – which can be frustrating. The incorporation of learner autonomy and positive verbal feedback can help reduce frustration.

Recommendation: Incorporate more random practice as athletes become more skilled, but find the proverbial “sweet spot” to balance the amount of challenge and frustration that is imposed.

The learning-performance distinction has tremendous implications for coaches attempting to facilitate motor skill acquisition amongst athletes. Coaches should strive to promote motor learning, as opposed to short-term improvements in motor performance, to help athletes reach their full potential. This article outlines just some of the parameters that can be manipulated by coaches in order to enhance motor learning amongst athletes. As a final suggestion, it is recommended that coaches inform athletes of their intention to alter their coaching techniques and explain the rationale behind the shift, prior to actually implementing the change. Buy-in from athletes ahead of time can reduce frustration, resistance to change, and further benefit learning!

Recommendation: Inform athletes of your intention to alter coaching techniques and explain the rationale behind the shift, prior to implementing the change.

Leanne Elliott (@leannek94) is a PhD student in the Faculty of Health Sciences at Ontario Tech University. Her research focusses on identifying elements within training environments that can be optimized using skill acquisition principles, with the aim of benefiting athletes at different stages in their development. As a coach herself, Leanne hopes to use her research to inform her teaching practices at Lights Out Skating Academy, as well as to enhance sport organizations’ training programs to best serve Canadian athletes.

Nick Wattie (@wattien) is an Assistant Professor in the Faculty of Health Sciences at Ontario Tech University. His research examines various factors related to talent identification and development in sport, expertise development, skill acquisition, and positive youth development through sport. He has worked with several NSOs and PSOs in Canada (e.g., Wheelchair Basketball Canada, Canadian Sport Institute Ontario, Canadian Paralympic Committee, and Ontario Soccer) to improve athlete and referee development, and the delivery of evidence-based approaches to skill acquisition.