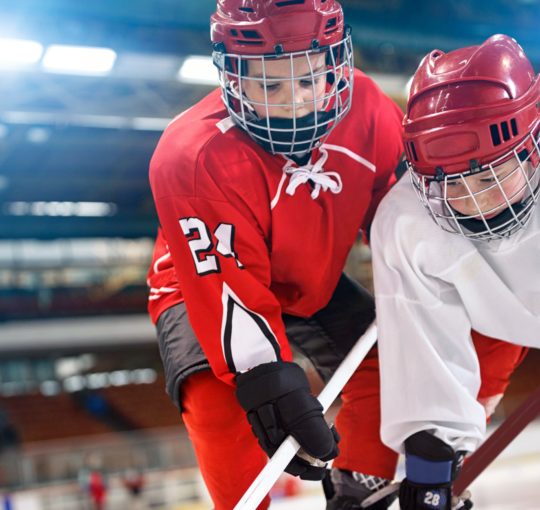 On October 17, 2018, Relative Age Effects: An International Conference was hosted at York University where leading international scholars gathered to discuss the implications of athletes’ dates of birth on sport, health, and education. This article highlights the history of the phenomenon known as the “relative age effect” as well as its impact on sport, education, and health.

If you suggested that the date people were born would have a significant impact on their lives, you may be met with a skeptical glance. People may assume you are speaking about the infamous field of astrology. However, one possible key to “success” is not the alignment of celestial bodies, but instead, the effects resulting from one’s birth date relative to a pre-determined cut-off date. Within sport and educational contexts, individuals are often placed into age cohorts in an attempt to ensure fairness and equality. Unfortunately, this process can inadvertently lead to relative age effects (RAEs), which describe the (dis)advantages associated with being the relatively youngest or oldest within a particular age cohort (Barnsley et al., 1985). 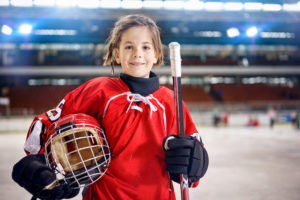 Let’s assume that Amelia and Tasha are competing against one another for the last spot on the roster of a competitive (i.e., travel) youth ice hockey team. Amelia was born in January of 2008 and Tasha was born in December of 2008. Both athletes are skilled hockey players, but because Amelia is 11-months older than Tasha (representing more than 10% additional life experience) and has had more time to develop, both cognitively and physically, she appears to her coaches to be the superior player and makes the cut. Consequently, Amelia gets additional practice time, better coaching, and the opportunity to hone her skills by competing against better teams. On the contrary, Tasha must resign herself to playing in the local house league. Since this was the third season in a row that she was the last player to be cut from the travel team, she is now contemplating quitting hockey altogether. While one’s date of birth may seem like a trivial demographic variable, the above example demonstrates that its consequences can be quite profound.

Background on the RAE

Interest in RAEs began in the early 1980s, when Roger and Paula Barnsley attended a Lethbridge Broncos (formerly of the Western Hockey League) ice hockey game. As Paula was reviewing the game program, she noticed that the majority of athletes were born in the months of January, February, and March, which corresponded with the first months of the selection year based on Hockey Canada’s January 1st cut-off date. Intrigued by what Paula had observed, Roger went home after the game and began examining the birthdates of professional hockey players and noted the same birthdate trend, which they later coined the RAE (Barnsley et al., 1985). Fast-forward 30 years and the RAE has garnered a great deal of attention in the popular press, having been featured in best-selling books such as Gladwell’s (2008) Outliers: The Story of Success and Levitt and Dubner’s (2009) SuperFreakonomics, sports magazines like Sports Illustrated (Levy, 2011) and The Hockey News (Shuker, 2018), and on television programs such as 60 Minutes (CBS Interactive, 2012). Since the Barnsleys’ initial discovery, researchers have examined the RAE from a variety of perspectives including sport, education, and health and wellbeing. 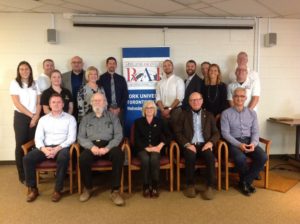 In an attempt to better understand and work towards resolving such age inequalities in sport, leading RAE researchers gathered on October 17, 2018 on the campus of York University in Toronto, ON to discuss the implications of RAEs on sport, education, and health and wellbeing. Specifically, Relative Age Effects: An International Conference brought together renowned scholars from around the globe to discuss RAEs from various perspectives in hopes of identifying solutions to minimize the age bias associated with using annual cut-off dates. You can learn more about each conference session in a Sport for Life blog by Paul Jurbala.

The conference began with words from the Barnsleys and their colleague Gus Thompson, who presented their early findings within the context of Canadian ice hockey. These studies laid the groundwork for numerous researchers to explore the RAE phenomenon in a variety of sports (e.g., soccer, baseball) and competitive levels. Cobley and colleagues’ (2009a) meta-analysis illustrated that sport, particularly culturally-relevant sports such as soccer in Europe and ice hockey in Canada, is plagued with RAEs, with the strongest effects seen at the national and regional levels of competition and amongst adolescents (15-18 years). While cut-off dates precipitate relative age differences, Hancock and colleagues (2013) explained that social mechanisms such as coaches, parents, and players can perpetuate RAEs. For athletes like Amelia who are relatively older and bigger than others in their age cohort, coaches may have higher expectations and provide additional training and support, which ultimately leads them to experience an accumulated advantage over time.

In some instances, relatively younger athletes who “survive” biased sport systems may become more elite performers. This concept has become known as “the underdog hypothesis” (Fumarco et al., 2017). However, for most relatively younger athletes like Tasha, the consequences of RAEs can be stark, often resulting in negative sport experiences, which may lead them to drop-out of sport altogether (Lemez et al. 2013). As troubling as this outcome may be for those in the sport domain, at least youth have the opportunity to pursue other activities during their discretionary time. Sadly, in other developmental contexts, such as education, youth do not have this option. 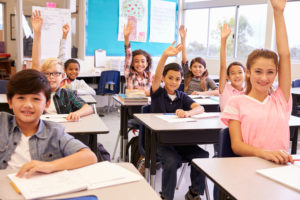 Let’s suppose two boys, Noah and Kayden, are heading to school for their first day of grade one. Noah and Kayden were born in January and December of 2012, respectively. This age difference in grade one may result in Kayden earning lower grades, have poorer school attendance (Cobley et al., 2009b), and be less likely to attend or complete post-secondary school (Dhuey et al., 2017). Perhaps even more disconcerting is the implication of this age disparity on Kayden’s health and wellbeing. Research has shown that relatively younger students demonstrate lower levels of self-esteem (Thompson et al., 2004), are more commonly misdiagnosed with Attention Deficit Hyperactivity Disorder (Elder, 2010), have higher rates of youth suicide (Thompson et al., 1999), and higher rates of incarceration for juvenile crimes (Dhuey et al., 2017).Borrowing ideas from the education literature, sport researchers are starting to examine the consequence of relative age on athletes’ psychosocial outcomes, including leadership (Chittle et al., 2017a), positive youth development (Chittle et al., 2017b), and developmental assets (Smith & Weir, 2018). Much is still to be learned.

Proposed Solutions to the RAE

While there have been a number of proposed solutions to minimize RAEs (e.g., rotating cut-off dates, educating stakeholders, and bio-banding), many of these solutions have failed to garner broad support from policy makers or practitioners due to their logistical complexity. Research has demonstrated that changing cut-off dates (as prescribed for various reasons by the U.S. Soccer Federation and Little League Baseball in recent years) merely shifts who is (dis)advantaged within an age cohort (Helsen et al., 2000). Moreover, we know that educating practitioners about RAEs or athletes’ birthdates is insufficient in yielding behavioural change. However, interventions such as age-ordered shirt numbering may be effective at reducing coach selection bias (Mann et al., 2017). Similarly, corrective adjustments that account for one’s birth date in timed sporting events (e.g., sprinting) show considerable promise for mitigating RAEs, while improving broad sport participation, as well as elite athlete selection and development (Romann & Cobley, 2015).

Despite all of this research, more work is needed to enhance the collaboration between researchers and relevant stakeholders so that youth are not systematically (dis)advantaged due to their date of birth. This conference, generously supported through a SSHRC Connection Grant, was one small step toward initiating this dialogue.

Laura Chittle is a doctoral candidate in the Department of Kinesiology at the University of Windsor. She is currently funded by a Joseph-Armand Bombardier CGS Doctoral Scholarship and a Sport Canada Research Initiative Grant. Her previous work has examined the moderating impact of academic timing on relative age effect patterns within intercollegiate sport, while her current dissertation studies are evaluating the role that relative age has on athlete leadership development and positive youth experiences in sport.

Jess C. Dixon is an associate professor of sport management and graduate program coordinator in the Department of Kinesiology at the University of Windsor. His research and scholarly interests are in the areas of strategic management in sport, executive leadership and human resource management in sport, relative age effects in sport, sport finance and economics, and sport management pedagogy. His research has been funded by the Social Sciences and Research Council of Canada (SSHRC) and the Sport Canada Research Initiative (SCRI).

Sean Horton is a professor of lifespan development in the Department of Kinesiology at the University of Windsor. His research interests lie primarily in the area of skill acquisition and expert performance, both in young people and as individuals age. His research is funded by the Social Sciences and Research Council of Canada (SSHRC) and the Ontario Trillium Foundation.

Joe Baker (@bakerjyorku) is a professor of sport science at York University. He has been examining the factors affecting long-term development and performance of high performance athletes for over two decades. He currently works with several NSOs and PSOs in Canada (e.g., Wheelchair Basketball Canada, Golf Canada, Canadian Paralympic Committee, Canadian Sport Institute Ontario) to improve models of athlete development and the delivery of evidence-based approaches to skill acquisition.