Posted on March 10, 2017 by Nancy Rebel, MLIS, SIRC
View All Blogs and Articles 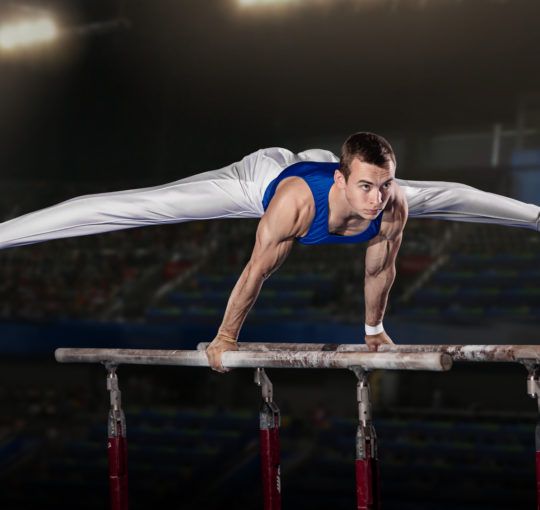 In the arena of sport psychology, research around attention and its relationship to athletic performance has been around for a number of years. Much of this research has focused on athlete training, and deliberate practice in particular, when it comes to developing potential talent in young athletes. Though the old saying seems to indicate that “practice makes perfect”, researchers are quick to clarify that it is not the amount of time spent in practice that improves performance, but the amount of time spent in focused training that sees the best success through improvement. In other words, deliberate practice increases the potential for improved performance.  In fact, “[d]eliberate practice is found to be the key factor in the work of developing expertise and focused attention is its essential element”1.

The goal of many young athletes is to pursue elite sport at the senior level; to achieve that dream of excellence in sport. However, in their day-to-day lives young athletes experience a myriad of factors that impact their ability to achieve a singular focus on training. There are demands from outside environment like school, family, peers and other elements of life that place stress on the young athlete. All these different factors play on the mind of the athlete and become potential distractors. In order to focus in on effective and deliberate practice, an athlete must also be trained to filter out stress, distraction or negative self-focus. They need to train their ability to control how their mind focuses their attention. And thus attention training has become of interest to sport scientists looking to improve athlete development and performance success.

In partnership with the concepts of deliberate practice and attention training is the idea of mindfulness which is described as “paying attention on purpose, in the present moment, and without judgement”5. Developing this mindfulness around attention allows an athlete to focus attention on the current moment and to mindfully shift focus to the intended target of the session and resist the distraction of other unrelated thoughts, feelings or sensory input. Research in this area has indicated the importance of developing this ability due to the limited capacity of each individual’s working memory and attention. 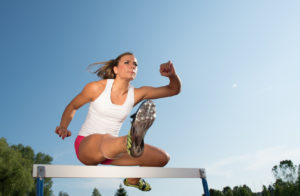 An additional attention training study was conducted to further examine the influence of Attention Technique Training (ATT) on young athletes in sport1. The ATT program involved the use of auditory training to strength mental control and flexibility. Findings showed that the use of ATT helped the young athletes take control of their attention during sport-specific training. They were able to reallocate and adjust attention to focus in on the specific actions and emotions relevant to that specific moment in time, to better control a wandering mind, and to focus during complex situations. The training helped athletes fill the working memory with attention on “in the moment” experience, like controlled breathing, thereby anchoring their mind and body in the present moment and task performance. Finally, the ATT sharpened the athletes’ feeling of self-control and subsequently shifted motivation more towards intrinsic motivation and improved self-esteem. The athletes paid more attention to themselves and their performance and were less distracted by external stressors (coach, audience, other athletes, etc.).

Much like the findings in the previous study, Moen Firing & Wells4 were interested in looking at how ATT might impact stress and performance in junior elite athletes. They hypothesized that ATT could reduce athletes’ perceived level of stress and enhance their perceived sport performance. Again the authors found that ATT enabled the athletes to disengage their attention from internal intrusive thoughts and focus better on beneficial stimuli. It showed that the athletes could mindfully draw their attention away from stress, anxiety and worry and even appeared to reduce athletes’ level of perceived stress. Training their awareness of thoughts and emotions built up their ability to regulate selective attention, switching attention and divided attention therefore allowing them to reduce anxiety and stress. It was extrapolated that performance would be improved under ATT conditions as the athlete could take control of their attention and spend less time and energy on managing stress, anxiety or worry and devote more time to performance. A secondary study done by the same authors3, showed that this same premise was true in regards to preventing young athlete burnout. Increased control of mindfulness and attention helped athletes be aware of negative or distracting emotions or stressors and intentionally let them go in order to focus on positive attentional behaviours and coping strategies.

Providing young athletes with attentional training techniques appears to provide many benefits to performance development. Whether it is the athlete’s ability to mindfully become aware of outside stressors or distractors and being able to channel their attention to the moment and focus on what they are doing, or if it’s their ability to train their focus to internal motivations so that they are more motivated by their own internal goals and filter out external judgement, either way improvements in performance are being seen. While these studies show positive trends for ATT, there still remains more research to be done to further explore these promising scenarios.