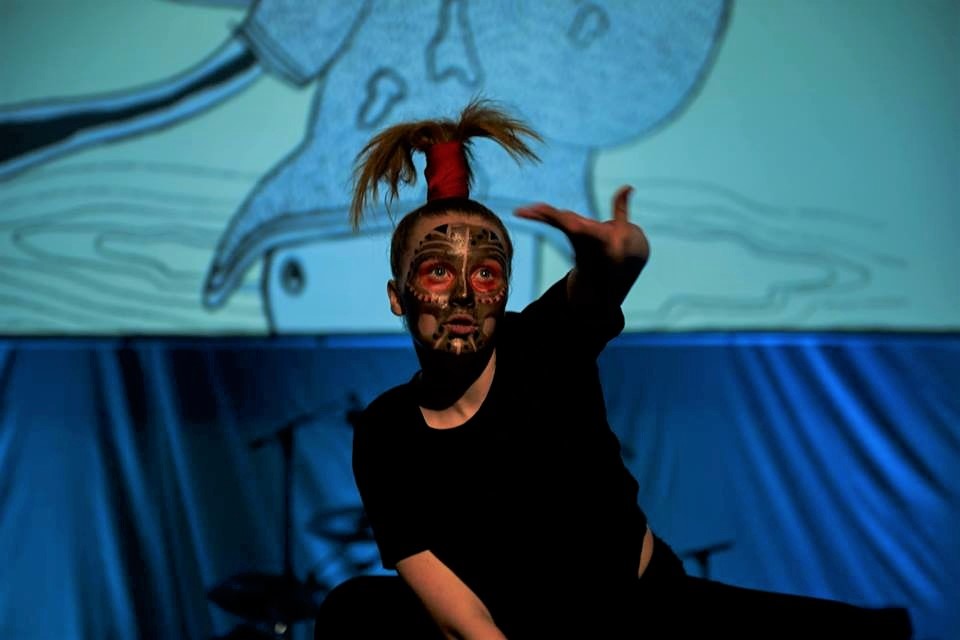 This is the fourth blog of a series leading up to the 2020 Arctic Winter Games that will be hosted by Whitehorse, YT March 15-21, 2020. Check out the previous blogs about the development of the Games, volunteer recruitment, and First Nations engagement.

Since the Arctic Winter Games (AWG) began in 1970, cultural exchange and social interaction have been key values of the Games and part of what makes them unique. With contingents from across Canada, the United States (Alaska), Greenland, Russia and Sapmi (stretching over Norway, Sweden, Finland and Russia), the AWG may be the first time participants have traveled outside their territory, province or country.  The opportunity to visit new places, meet new people, and experience new cultures make the participation at the AWG a life-changing experience.

The importance of cultural exchange and social interaction are perhaps most evident in the Games’ Cultural Program. The performers at AWG don’t come to compete against one another, they come to work together. With many different languages present, performers often rely on their art form to communicate with their peers. In the cafeteria, participants might randomly break out in a jam session. While waiting in line for marshalling prior to the Opening Ceremony, throat singing, drumming and dancing can usually be heard as they celebrate their cultural identity.

During the Opening Ceremony on March 15, and throughout the week of the Games, traditional culture and contemporary performance will be on full display. This includes pop-up performances, workshops, artist demonstrations and art exhibits, as well as a Cultural Marketplace.

The pop-up performances are free, 3 to 5 minute performances by professional artists at accommodation and sport venues. Cultural participants will also have a chance to take some workshops with professional Yukon artists, to gain new skills and build knowledge.

There will be three exhibits at the Yukon Arts Centre. The Main Gallery exhibition, Emerging North, is a celebration of emerging Indigenous artists from across the Circumpolar North. The exhibit is being curated by Indigenous artist Teresa Vander Meer-Chassé from Beaver Creek, Yukon. Future of the North will be the Youth Gallery exhibit, featuring art work from Yukon students, as well as students from Yamal. The third exhibit will be a mural painted by the Youth of Today Society, with nine separate panels – representing each of the nine contingents. The exhibits are free to the participants and the public.

The AWG Cauldron, being created by Yukon metalworks artist Brian Walker and his son Justin, will also be housed at the Yukon Arts Centre. The Cauldron is made out of copper, a material that goes back at least 1,500 years in the history of the Yukon. The cauldron will reflect traditions and stories relating to copper that are important for Yukon First Nations.

At the Kwanlin Dün Cultural Centre in downtown Whitehorse, where Dene Games competition is taking place, there will also be a Cultural Marketplace, showcasing and selling work from visual artists across the territory. Traditional arts such as beading, sewing and tanning, will be on display.

The AWG Cultural Program will culminate with a Cultural Gala, incorporating aspects from all nine northern contingents, embracing the Circumpolar identity of the Games. The Gala will mix traditional practices from Nunavut, Sapmi and Greenland with contemporary performances from residents of larger northern communities such as Whitehorse. Watching youth so in tune with traditional knowledge, languages and practices will inspire audiences, as well as their fellow performers.

When the Arctic Winter Games are officially declared closed on March 21, participants will celebrate with something a little less traditional – a DJ’d dance party and pizza. They’ll trade uniforms and pins, and then the majority will board their planes home with new stories to tell and new skills learned from their week-long collaborations.

Of course, hosting hundreds of athletes, cultural performers, coaches and officials can be logistically complicated, particularly in the North. Imagine trying to get 1,800 mattresses shipped 2,100 kilometres up the highway to a northern remote community, or building 900 bunk beds in less than 24 hours. We’ll explore the ways communities address those challenges in the next AWG series blog – follow SIRC’s Canadian Sport Daily newsletter to stay up to date on postings!