This is the first blog in a series leading up to the 2020 Arctic Winter Games that will be hosted by Whitehorse, YT March 15-21, 2020. Subsequent blogs will focus on the logistical challenges of hosting in a smaller centre, engaging remote northern and First Nations communities, and the incorporation of Circumpolar culture.

Living in the North certainly brings unique challenges, and for athletes who grow up far from larger centres, the opportunities at home can be limited. With a population base of just 36,000 in the entire Yukon Territory as an example, local youth can’t always find strong and engaging competition.

That challenge was evident in 1967, when the first Canada Winter Games were held in Quebec City. Teams from the Yukon and Northwest Territories were struggling to keep up with their provincial counterparts. After witnessing some of the lopsided scores, Yukon financial advisor Cal Miller came up with what he would later refer to in media interviews as “the best idea since the invention of 7-Up”. 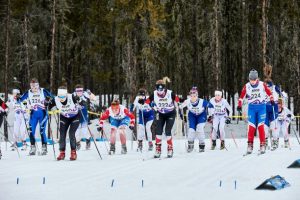 The first AWG were held in Yellowknife, NT in 1970, engaging 500 athletes from Alaska, Northwest Territories, and Yukon. In March of 2020, an estimated 2,000 participants from nine contingents will be in Whitehorse as the Games mark their 50th anniversary. Participants now come from Greenland, Nunavik (northern Quebec), Northern Alberta, Sápmi (Norway, Sweden, Finland) and Yamal (Russia), as well as Alaska, Northwest Territories, Nunavut, and Yukon. 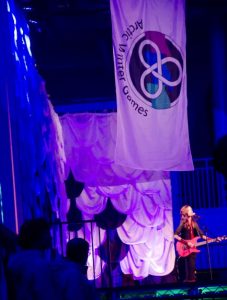 But perhaps most importantly, the Arctic Winter Games offer residents in the Circumpolar North a chance for cultural exchange and social interaction. Cultural programming at the AWG includes participants from all contingents who come together to learn from one another and demonstrate their unique artistic talents.

The vision for 2020 puts emphasis on First Nations culture and community inclusion. A historic Memorandum of Understanding was recently signed between the 2020 AWG Host Society and Yukon First Nations committing to meaningful engagement in the celebration of sport, culture, languages and traditions. A statement of welcome will be posted in Pride House that speaks to inclusion and acceptance of all participants, similar to that used at the 2019 Canada Games.

What began as an idea to level the playing field for northern youth has turned into an international multi-sport Games that continues to provide an extraordinary social and economic impact on the region.

Of course, hosting a multi-sport Games in the Circumpolar North can be logistically complicated. Imagine trying to get 1,800 mattresses shipped 2,100 kilometres up the highway to a northern remote community. We’ll explore the ways communities address those challenges in subsequent posts – follow SIRC’s Daily News Hub to stay up to date on postings!