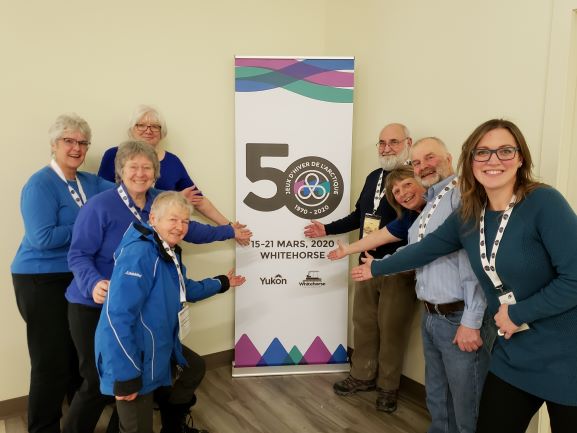 This is the third blog of a series leading up to the 2020 Arctic Winter Games that will be hosted by Whitehorse, YT March 15-21, 2020. Check out the first blog, about the development of the Games; and the second about the incorporation of reconciliation in the Games.

The Yukon might be large in size (the territory is approximately the same size as the country of Spain), but when it comes to population, let’s just say Yukoners appreciate their space.

As of March 2018, there were less than 40,000 people living in the Yukon—30,000 of those calling the capital city of Whitehorse home. Hosting a multi-sport Games of any size requires a large workforce. More than 3,000 volunteers were required for Whitehorse to host the Canada Winter Games in 2007, and an estimated 1,800 volunteers will be needed for the 2020 Arctic Winter Games (AWG 2020), so it takes some out of the box thinking to reach volunteer goals.

Volunteers at AWG 2020 will fill a variety of roles both before and during the Games, assisting in areas such as accommodations, food services, box office, spectator services, logistics, and marketing. Tasks can be anything from taking tickets or serving special guests, to fit-out of venues, or construction of bunk beds in participant accommodations. There are also sport-specific roles, including results and major technical officials.

One of the largest contributing factors to volunteer recruitment and retention is major employer leave policies, which allow paid time off for employees to volunteer and participate. These policies are currently in place with the Yukon Government, as well as the City of Whitehorse, the Yukon Hospital Corporation, Yukon College, private sector businesses like Northwestel, and First Nations governments such as the Kwanlin Dun First Nation.

The Yukon Government’s policy was developed initially for the 2007 Canada Winter Games. It was revised for the 2012 Arctic Winter Games hosted in Whitehorse, and has remained the same since. The policy applies to two groups: participants, such as athletes, coaches, officials, and members of the cultural contingent; and those involved in the planning and organization when Yukon hosts major Games. Employees may be granted leave without loss of pay, in some cases covering up to three weeks leave to allow them to attend planning meetings as well as requirements during Games time. Eligible planning positions include those in leadership positions within the Host Society structure – i.e. Divisional and Committee Chairs or Venue Team Leads.

Both the City of Whitehorse and Northwestel also allow for non-planning, aka Games-time volunteers, to be covered under their policies. Northwestel employees may receive approval to volunteer up to four hours per day during the months preceding the Games, during the entire period of the Games, and the week immediately following. They even run a Games Volunteer Committee that grants approval of any employee involvement with the Games.

Without these types of policies, the Yukon would be in a tough spot when it comes to recruiting the required number of volunteers. Of AWG 2020’s planning volunteers alone, nearly half of them are covered under major employer leave policies. 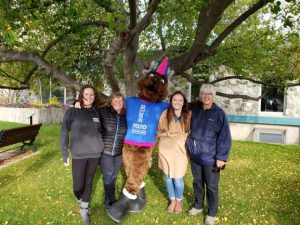 Of course, the AWG 2020 Volunteers Division also uses other tactics. Community engagement visits outside of Whitehorse are an important piece, as are appearances at volunteer fairs and other community events.

Members of the Host Society’s Volunteer Division make presentations to employees at smaller businesses in the community, as well as to students at Yukon College and local high schools. A special presentation will also be done to the ElderActive Recreation Association of the Yukon (ERA), who’s nearly 700 members usually make up a large portion of any major event’s volunteer force.

Benefits of volunteering for AWG 2020 include a volunteer uniform – jacket and vest – as well as three volunteer thank you events post-Games. The minimum commitment required to receive the uniform is 12 hours. All registration is done online, and once the form is filled out, all volunteers must complete a criminal record check before they are approved. The criminal record check can be done through the AWG 2020 office at no charge. For more information about the volunteer opportunities available, or to sign up online, click here.

With four months to go until the start of the 2020 Arctic Winter Games, more than 1,100 volunteers are already registered in the system. Yukoners are known for their last minute nature – as the saying goes, we live on Yukon time – but the goal of the Volunteers Division is to reach the 1,800 mark early in the New Year. AWG 2020 will mark 100 Days to Go on December 5, and as part of that celebration, the hope is a volunteer drive will bring that goal closer to reality.

In our next blog, we’ll explore some of the unique cultural opportunities offered as part of the Arctic Winter Games. Find out more about the Host Society plans to incorporate aspects from all nine northern contingents into the cultural program, embracing the Circumpolar identity of the Games – follow SIRC’s Daily News Hub to stay up to date on postings!