Reconciliation as a Social Legacy of the 2020 Arctic Winter Games 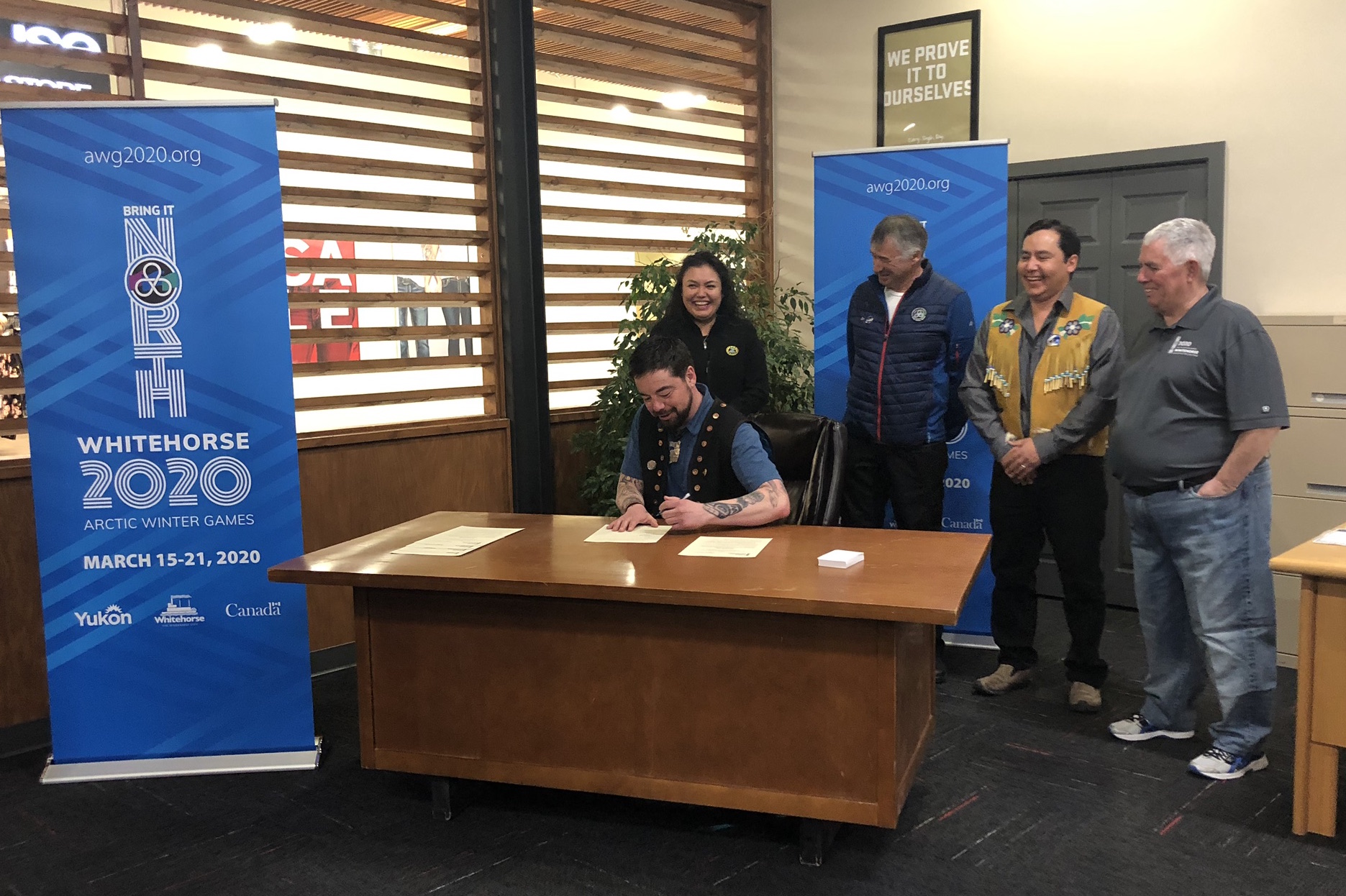 This is the second blog in a series leading up to the 2020 Arctic Winter Games that will be hosted by Whitehorse, YT March 15-21, 2020. Check out the first blog, about the development of the Games. Watch for the next blog, focused on volunteer recruitment and retention, in October.

The Yukon leads the way as the only jurisdiction in Canada with 11 self-governing First Nations, so it was important for the Host Society of the 2020 Arctic Winter Games (AWG) to demonstrate leadership by acknowledging reconciliation as a goal of the Games.

The Host Society made First Nations engagement a priority during their initial meetings, creating a Reconciliation Action Plan (RAP) in September of 2018. The RAP is led by the Community Engagement and Protocol Division, developed in consultation with Yukon First Nations and supported by senior management at the Host Society.

Key elements of the plan include:

As part of the RAP, a historic Memorandum of Understanding was reached between the 2020 AWG, the AWG International Committee, and Yukon First Nations in April of this year. The MOU was signed by the two Whitehorse First Nations, the Kwanlin Dün and Ta’an Kwäch’än Council, as well as the Council of Yukon First Nations (CYFN).

It was the first time that an MOU had been developed between Yukon First Nations and an Arctic Winter Games Host Society, and the MOU speaks specifically to Number 91 of the Truth and Reconciliation Commission of Canada’s Calls to Action (2015):

We call upon the officials and host countries of international sporting events such as the… [Arctic Winter Games] …to ensure that Indigenous peoples’ territorial protocols are respected, and local Indigenous communities are engaged in all aspects of planning and participating in such events;

The RAP committee has been heavily involved in the creation of important marketing pieces for the 2020 Arctic Winter Games, such as the theme song and mascot. 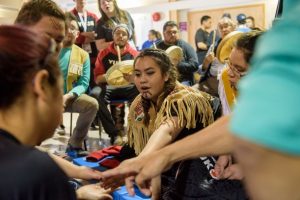 The final theme song, titled From the North, is a collaboration between artists from across the Circumpolar North. Written and produced by Yukon musician Daniel Ashley, the song features throat singing by Rita Claire Mike-Murphy and Kathleen Merritt from Nunavut, as well as Tlingit vocals composed by Blake Lepine and performed by the Dakhká Khwáan Dancers.

A contest was held among Yukon youth to determine the mascot for the 2020 AWG. Dozens of illustrations were submitted, and when it came to selecting the winner, First Nations history and cultural values were taken into consideration. Bringing recognition to traditional languages, our official mascot, who will be unveiled in the fall, is named Däch’äw – the Southern Tutchone word for porcupine.

Yukon metalworks artist Brian Walker and his son Justin, a Kwanlin Dün First Nation member, were recently chosen to build the Cauldron for the 2020 AWG. The Cauldron will be created out of copper, a material that goes back at least 1,500 years in the Yukon’s history. Specifically, there are traditions and stories about copper that are important for Yukon First Nations and they plan to reflect that in their final piece.

As part of the RAP, the 2020 AWG committed to educating staff, members of the Host Society, participants and volunteers on the importance of the plan and the history of First Nations people in the Yukon and the North.

Members of the Host Society participated in the KARIOS Blanket Exercise, offered through the Yukon Government. The Blanket Exercise covers over 500 years of First Nations history in a one-and-a-half-hour participatory workshop, followed by a debriefing session in which participants have the opportunity to discuss the experience as a group. A second Blanket Exercise will be offered in the fall Mission 2 meetings for the International Committee and representatives from the nine participating contingents.

Host Society staff also completed a one-day Yukon First Nations 101 course through Yukon College this summer, and conversations about the Truth and Reconciliation Commission of Canada’s Calls to Action #91 (see above) will be added to the participants handbook. Additional educational opportunities will continue to be explored leading up to the AWG.

What’s next in the series?

Hosting a multi-sport Games of any size requires a large workforce. An estimated 1,800 volunteers will be needed for the 2020 Games, and with a population of just 35,000 in the entire Yukon Territory, it takes some out of the box thinking to reach volunteer goals. We’ll explore some of those ideas, including major employer leave policies, in October!