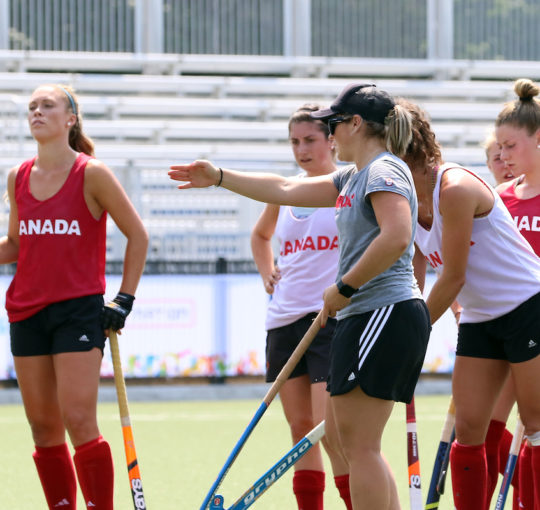 The rise of girls’ and women’s participation in physical activity and sport, including at the high performance sport level in Canada, has been encouraging. Unfortunately, this increase in participation rates of females has not been matched by an increase in females in coaching positions. In 2015, the Government of Canada cited that only 25% of all coaches in Canada were female. More specifically, across 54 national teams, only 16% of head coaches and 18% of assistant coaches were female. Within the Canadian Interuniversity Sport system, where most of the full-time coaching positions exist, there has also been a decrease in females in head coaching positions from 19% in 2010-11 to 16% in 2014-15. At the Olympic level, Canadian female coaches also represent a minority of coaches. Proportions of female coaches at the Summer Games were 20% in Rio (2016) and in London (2012) and were even less at Winter Games, ranging from 13% in Vancouver (2010) to less than 10% in both Sochi (2014) and PyeongChang. At the recent Paralympic Games in PyeongChang, only one coach was female. Not only are these statistics disconcerting, but they do not mirror the advancements in gender equity seen in other sectors such as medicine, business, politics, law, engineering, and higher education. Clearly, the advancement of women in coaching lags far behind the progress observed in other sectors.

One strategy recommended to help recruit, advance and retain women in coaching is mentoring. Mentorship, defined as a relationship in which advice, information, guidance, support or opportunity are offered for professional development, has been implemented successfully in non-sport domains such as business, administration, health care and higher education to retain and advance women. The main elements of mentorship include: a focus on knowledge acquisition; personal and direct interactions; the provision of support and assistance with career and professional development; and benefits for both the mentor and mentee.

In 2015, the Coaching Association of Canada, the Canadian Association for the Advancement of Women and Sport and Physical Activity (CAAWS), and a team of researchers from the University of Toronto embarked on a two-year pilot project to design, implement and evaluate a theoretically-informed mentorship program for advancing women in coaching. This project culminated in the development and publication of three Guides for Advancing Women in Coaching through Mentorship: one for mentors, one for mentees and a third for sport administrators. The intent of these guides is to provide a step-by-step, user-friendly process to implement mentorship in ways that could be adopted by small clubs and national sport organizations alike.

Sport Leaders are Key to Advancing Women in Coaching 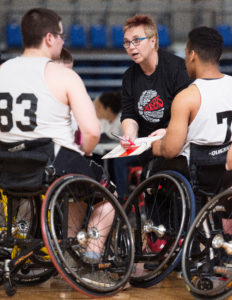 When discussing mentorship, attention tends to be devoted primarily to the nature and quality of the dyadic relationship between the mentor and mentee. There is no doubt that the effectiveness of a mentorship program depends heavily upon the quality of the mentor-mentee relationship. However, it is also well-recognized that organizational leaders play key roles in ensuring the success of mentorship. Leaders identify the vision and priorities for organizations, set the tone for the organization’s culture, and model the way regarding organizational change. With respect to advancing women in coaching specifically, organizational leaders play critical roles in establishing and communicating gender equity as a priority and infusing the organizational culture with this priority. The value of the leader’s role in establishing and supporting a framework for advancing women in coaching cannot be overstated and thus will serve as the focus of the remainder of this article. More specifically, ways in which sport administrators can support mentorship programs for women in coaching will be addressed.

Sport administrators, in collaboration with various stakeholders, could then lead a process of articulating a shared vision and goals, broad expectations, and a framework for implementation. Supports and resources should be identified and allocated, including the appointment of a lead person to manage the mentorship program. Previous research on mentorship has also emphasized the importance of a pre-mentorship training session for mentors and mentees in order to clarify processes, expectations, and key features of an effective mentor-mentee relationship.

During the course of the mentorship program, sport administrators also play important roles in ensuring successful implementation. Maintaining regular contacts with the mentors and mentees enables one to provide ongoing support, to be proactive in addressing and managing challenges or conflicts, and to monitor progress. Depending upon the type of mentorship relationship used in the program, regular contact could occur through in-person or online meetings with individuals, dyads, or groups. Importantly, sport administrators need to be available and accessible to provide guidance, advice and ongoing support, or to recommend additional resources. 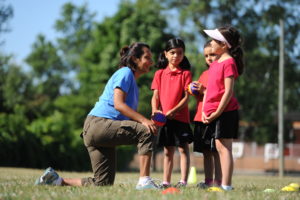 Typically, sport administrators devote most of their attention to the design and implementation of mentorship programs while the monitoring and assessment of these programs is neglected. Without evaluation data, we do not know what works, what doesn’t, and what recommendations participants have for improving mentorship. It is therefore critical to monitor mentor and mentee experiences throughout the duration of the mentorship relationship. Further, at their conclusion of the mentorship program, a formal evaluation should be conducted and may take the form of individual interviews, focus groups, or anonymous surveys.

At the conclusion of mentorship programs, sport administrators play a key role in celebrating and communicating the successes of the program. As most mentors volunteer their time to mentorship programs, recognizing mentors for their valuable contributions is important for the sustainability of future programs and may occur through a public recognition event, a certificate or plaque, or a story in the organization’s newsletter. Similarly, the mentees should be recognized for their commitment to professional development. Given the leadership roles of sport administrators in advancing women in coaching, communicating the success of the mentorship program with other organizations is important in hopes of other groups adopting mentorship as a process by which to advance women in coaching.

Table 2 – Role of Sport Administrators in Advancing Women through Mentorship 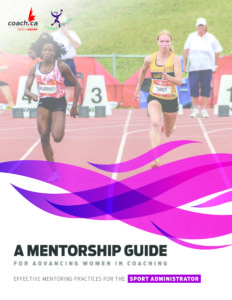 in coaching through the successful implementation of mentorship programs. While the recommendations above are based on the Female Coach Mentorship project, the findings can be applied to advancing women in other sport leadership roles, or to support the development of mentorship programs for advancing other underrepresented groups, such as Indigenous peoples, or members of other diverse ethno-cultural communities. Ensuring diversity within organizations is essential for authentic engagement of stakeholders, increasing creativity and problem-solving, recruiting and retaining staff, sustainable growth, and creating distinction, all of which will enhance the Canadian sport system for all.

Gretchen Kerr is a Professor and Vice-Dean in the Faculty of Kinesiology and Physical Education at the University of Toronto (Ontario, Canada). In addition to the study of athlete maltreatment, Gretchen’s research program focuses on advancing women in coaching. Along with her co-authors, she recently produced the Mentorship Guides for Advancing Women in Coaching for the Canadian Association for the Advancement of Women and Sport and Physical Activity and the Coaching Association of Canada. As a former high-performance artistic gymnast, Gretchen continues her commitment to the sport through her service as an Athlete Welfare Officer and a member of the Safe Sport Committee of Gymnastics Canada.

Jenessa Banwell is a PhD candidate in the Faculty of Kinesiology and Physical Education at the University of Toronto (Ontario, Canada). Her research focuses on women in coaching and the role of mentorship in contributing to the development and advancement of women coaches. Jenessa co-authored the Mentorship Guides for Advancing Women in Coaching recently published by the Canadian Association for the Advancement of Women and Sport and Physical Activity and the Coaching Association of Canada. She also has an extensive background as a former USport and NCAA soccer player, a sport she continues to coach at a competitive level.

Ashley Stirling is an Associate Professor, Teaching Stream, in the Faculty of Kinesiology & Physical Education at the University of Toronto (Ontario, Canada). In 2012, Ashley co-wrote a coach education module for the Coaching Association of Canada on creating positive and healthy sport experiences and she continues to research in the area of athlete maltreatment. More recently, along with her co-authors, she developed the Mentorship Guides for Advancing Women in Coaching for the Canadian Association for the Advancement of Women and Sport and Physical Activity and the Coaching Association of Canada. Ashley brings to her scholarship a background as a competitive swimmer.