April 17, 2018
by Katherine Tamminen (PhD), University of Toronto
View All Blogs and Articles 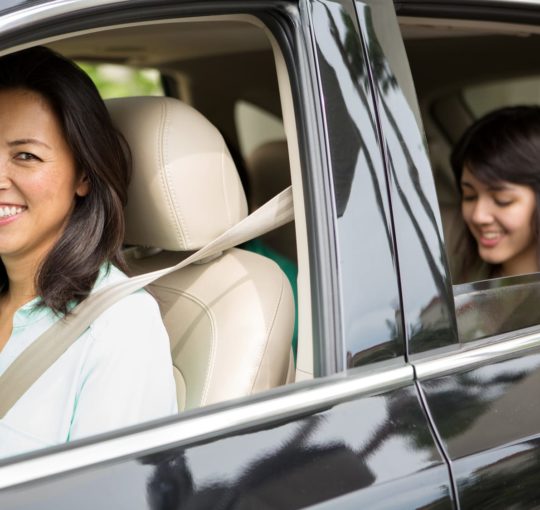 Parents[1] play an undeniably important role in the lives of young athletes. Parents have been described as socializers of athletes’ sport experiences – providing opportunities for participation, serving as role models, and helping athletes make sense of their sport experiences. Previous research about parent involvement in sport has examined the types of feedback that parents provide to athletes before, during, and after sport competitions. Not surprisingly, parents provide a wide variety of comments and feedback to athletes, including positive or negative feedback about their performance, asking questions to explore athletes’ sense of what went well and what didn’t go well in the game, and helping athletes to process the emotions resulting from the game. The types of comments and feedback that parents provide to their children may reflect their parenting goals –providing a lot of performance feedback because they want their child to improve, or emphasizing the important life skills that may be learned through sport.

One of the primary findings from our study was that the 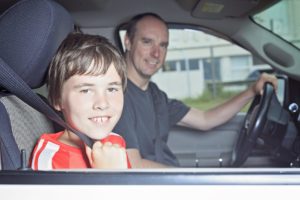 car ride home was not universally good or bad for athletes and their parents. Some athletes said they really enjoyed the car ride home and looked forward to the opportunity to debrief after games; while others described the car ride home as something they “endured” and tolerated, sometimes even dreading the idea of getting in the car with their parents after a game. Some athletes told us that when they made a mistake in a game, they immediately started thinking that they were going to “get it” from their parents in the car on the way home – meaning, they knew their parents would confront them about their mistake, even criticizing them for their poor performance.

The car ride home is a unique setting where parents and athletes discussed (or sometimes avoided discussing) the athlete’s performance, the team’s performance, teammates and opponents, coaches, other parents, and a variety of other topics. We found that the car ride home provided parents and athletes a degree of privacy to talk about things that may not come up in other settings, or that they may try to avoid discussing in front of other people. For example, parents said that performance criticism was often discussed during the car ride home in order to avoid potentially embarrassing their child in front of their teammates. Some athletes described how the nature of the conversation changed when both parents were present in the car, or when teammates or coaches carpooled home from competitions. In these cases, athletes said the conversation was often less critical and focused mainly on things the team and the athlete did well. Parents also discussed the importance of a private environment to talk with their child about their sport experiences. For example, some parents described the car ride home as a safe space where athletes would talk about stress, pressure, and concerns relating to coaches, teammates, and officials. In some cases the privacy in the car ride home meant that parents may be more critical toward their child. However, this privacy could also be valuable because it can allow parents and athletes a safe space to talk about concerns and develop a stronger relationship together.

“It’s about trying to make her better”

Athletes and parents both spoke about performance 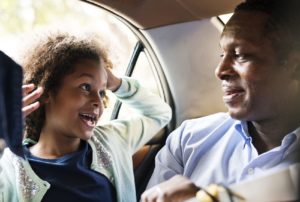 feedback during the car ride home, and they acknowledged it was often valuable to improve performance in the next game or practice. Several athletes said that they actively sought feedback from their parents, indicating they appreciated knowing what areas of their performance they could work on in the future. However, athletes also said that receiving criticism about their performance could be difficult to hear, even if it might be useful information. In these cases, athlete and parents spoke about having to take a balanced approach in providing positive feedback along with suggestions for improvement, and to avoid emotionally charged criticism toward athletes.

The ways that parents engage with their children during the car ride home has the potential to impact their child’s enjoyment and ongoing participation in sport. Some commonly-held advice for parents after competitions is to tell your child “I loved watching you play.” This is a great starting point, and the parents and athletes in our study provided additional suggestions for improving the car ride home:

[1] The research project described in this article included interviews with 26 biological parents. However, we believe the findings and recommendations are applicable to parents, guardians and other supportive adults.

Katherine Tamminen is a faculty member at the University of Toronto (Ontario, Canada) in the Faculty of Kinesiology and Physical Education. Her research in sport psychology examines young athletes’ experiences in sport, parent-athlete interactions, and stress and coping among athletes. Katherine works with athletes, parents, and coaches as a sport psychology/mental training consultant to help individuals improve their performance and overall experiences in sport.

Nova Scotia “Get More from Sport” campaign and video.