Changing the Culture of Hazing in Canada 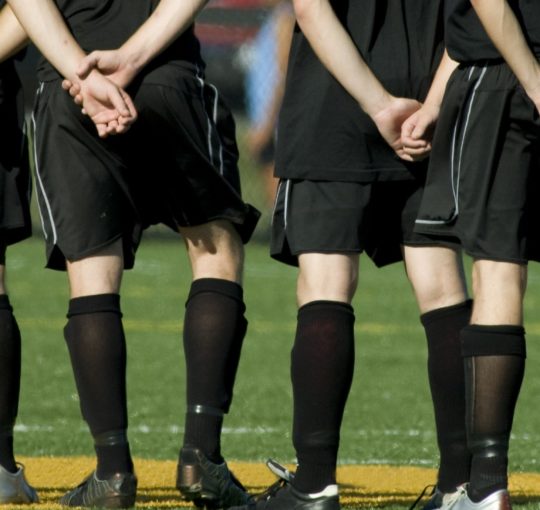 Allegations emerging in media reports from Toronto’s St. Michael’s College in the fall of 2018 have made hazing top of mind for athletic staff at Canada’s secondary and post-secondary education institutions. Unfortunately, it is not an isolated event. Reports of hazing have emerged from a number of Canadian institutions in the past decade, including Laurentian University (2016), McGill University (2015), and Dalhousie University (2014 and 2013).

Hazing is a cultural practice that has been established and perpetuated for decades with harmful repercussions within, but not limited to, the military, high schools, sport, fraternities and sororities. In 2016, we undertook a study of hazing practices and knowledges in Canadian university sport, surveying student athletes, coaches and athletic directors across the country. Until that time, little was known about the pervasiveness of hazing in varsity athletics. Findings revealed that  64% of Canadian varsity athletes were engaged in some form of hazing, and that new varsity athletes transitioning from high school fully expected to be hazed (for additional findings, click here). Similar studies surveying NCAA athletes found that upwards of 80% of all athletes experienced some form of hazing and only 20% described the experience as positive (Hoover and Pollard, 2000).

The Search for Solutions

A number of challenges occur in attempts to eliminate hazing in sport. These include: a vague definition of hazing; unclear and poorly enforced policy; a lack of education; the persisting belief that hazing contributes to group bonding, cohesion and team success; and a powerful code of silence surrounding hazing activities. This article will address each of these barriers, providing insight to help tackle the issues and create a new hazing-free culture in sport.

Hazing is often defined as “an event created to establish a team’s social hierarchy by humiliating, degrading, abusing and/or endangering newcomers regardless of a person’s willingness to participate in order to reinforce their social status on the team.”

However, research reveals significant differences in the meaning of hazing (Waldron & Kowalski, 2009). For example, athletes express that hazing could be good or bad, acceptable or unacceptable. Creating a shared definition of hazing will provide a foundation for shifts in policy, practice, and beliefs. 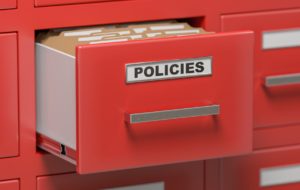 A good policy can provide support for organizational and cultural change. In Canada, most university and college athletic departments have policies that directly prohibit hazing practices. However, research revealed that hazing-related policy was often buried in broader codes of conduct or addressed in harassment and abuse policies, or that policies were poorly implemented and enforced.

Organizations are encouraged to create a specific hazing relating policy. The policy should include a clear definition of hazing like that provided above, with specific examples along the spectrum of hazing behaviour – these could range from being forced to sing/perform or wear something in public, to being forced to consume alcohol, to sexualized hazing. The policy should also provide clearly defined sanctions. These could include the suspension or expulsion of athletes, the cancellation of a team’s season, loss of funding, and the suspension of firing of staff, Finally, in conjunction with launching the policy, an open pathway for athletes and other stakeholders to report hazing infractions should be established. This could be a hotline or confidential email address where reports could be directed.

For successful implementation, policy must be supported by education and awareness initiatives. Education is essential to developing a deeper understanding of hazing, debunking myths that hazing contributes to team cohesion, and challenging entrenched and sometimes hidden practices. Educational efforts must be extended not only to athletes but to all team staff, administrators, organizational leaders, parents and fans. Efforts should also adopt an ongoing approach, similar to those taken to regulate the use and abuse of performance enhancing substances. Champions from across the stakeholder groups can help keep the issue top of mind and relevant.

Breaking the Code of Silence

A code of silence often surrounds hazing practices. As mentioned previously, our study revealed the expectation of new athletes entering university that they would be hazed. This perceived reality suggests that 1) young athletes are aware of hazing and may have experienced hazing prior to entering the post-secondary education system; and 2) that athletes knowingly enter a culture where they could be abused over the course of their varsity experience. New athletes joining an established team during their transition into university are at a vulnerable state in their psychological, physical and social development, and in their position on the team. Our findings indicated that most athletes identified that it would be highly unlikely that they would feel as though they could come forward with issues surrounding being hazed. Through our 20 plus years of research in this field, we heard stories of athletes who choose not to go to certain schools because of the hazing practices, and of athletes who left athletic programs because they were ostracized and marginalized as a result of hazing.

Also contributing to the code of silence surrounding hazing is its normalization. Hazing typically happens through a cyclical process, whereby first year athletes are hazed, then become the ones who haze through a “it was done to me, so I get to do it to them” mentality. Hazing thus becomes “normal” for athletes in that culture, and can often carry on for years. For example, in light of the recent St. Mike’s allegations of sexualized hazing, many former students have been coming forward with stories of the same thing happening to them, going back 30, 40, 50 years (e.g. https://toronto.citynews.ca/2018/11/17/st-michaels-college-school-hazing). 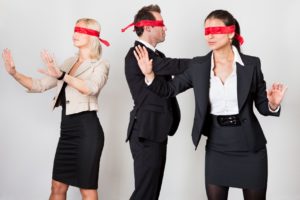 Finally, we found coaches and administrators often turned a blind eye or distanced themselves from hazing. However, our study indicated that coaches can be the largest influence in changing the culture of hazing when they are actively engaged in educating and working with team leaders to introduce alternative orientations. Coaches and other institutional staff have a responsibility to know what is going on within their teams – leaders must take a proactive approach to addressing the issues and leading the necessary cultural change. The more transparent this system can be, the better chance we have of cultural change.

Hazing practices are often justified by persisting beliefs about their centrality to building team cohesion. Yet our research revealed that hazing can have the opposite effective and can fracture relationships amongst teams and between players. In November 2018, former NHLer Dan Carcillo came forward in the media to speak of the psychological scars he carries as a result of being hazed while in the Ontario Hockey League. Educational and communication efforts that that debunk the mythical relations between hazing and team cohesion, and address the short- and long-term impacts on the physical and mental health of athlete, can open the doors to alternative practices.

Creating new traditions to replace hazing has benefits for all involved. The rite of passage and marking the transition onto the team is an important tradition to preserve, we just need to address the way it is being done and why. A variety of activities can be used to welcome new members while instilling a sense of pride and identity with each team’s unique signature. Athlete leaders and key staff should work together to design new activities to replace potentially harmful and damaging hazing activities – alternatives are limited only by the team’s imagination. Activities should include all team members and key staff, and support the development of healthy relationships by building trust, mutual respect, and the identification of shared goals and values that will provide a foundation for the season ahead. Administrators should designate resources to support these positive practices. 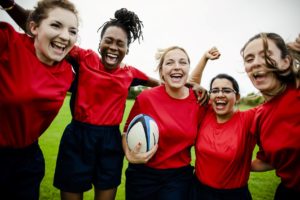 To truly shift the culture of hazing in Canada, we need to create a transparent and open culture where abuse and harassment cannot take place. Effective policy, knowledge and education, open dialogues, investment in healthy alternatives, and strong systems of support are paramount towards that end.

An important step towards change is a commitment from athletes, coaches, team support staff, administrators, alumni, parents, fans and the public to speak up to disrupt normalized hazing behavior and lend their support to positive practices that are proven to build team cohesion and support performance. In particular, sport leaders have a responsibility to recognize the serious nature of hazing and take action to ensure the safety of athletes within and beyond formal sport settings. The overall goal is to ensure that sport is a place where all athletes are treated with respect and dignity.

This resource provides a step-by-step workshop that can be led by coaches, administrators or even athletes, and includes power point slides, suggested group work and discussions, and team building activities. For more information contact Dr. Jay Johnson at the University of Manitoba – jay.johnson@umanitoba.ca

Dr. Jay Johnson is an associate professor in the Faculty of Kinesiology and Recreation Management at the University of Manitoba. His current interdisciplinary research explores the impact(s) of climatic change on our physical experiences and the interfaces with the environment. He has published extensively on hazing, including co-editing Making the Team: Inside the World of Sport Initiations and Hazing with Dr. Margery Holman.

Dr. Margery Holman, Associate Professor Emerita at the University of Windsor, spent a 42 year career in the Faculty of Human Kinetics with responsibilities in both athletics and Kinesiology. She coached university sport for approximately 25 years and has coached in the community at local, regional and provincial levels. Her academic focus has been on gender issues in sport and society.