2015 IIHF World Junior Championships and the use of Emotional Intelligence 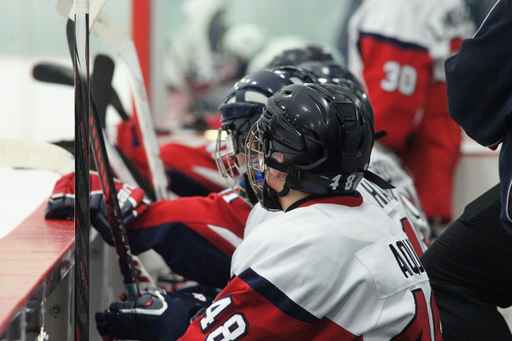 The 2015 IIHF World Junior Championship, which takes place from December 26, 2014 to January 6, 2015, will be showcasing some of the best young hockey plays under-20 years of age in the world. The tournament will have 10 national teams divided into 2 groups during the round-robin and will be hosted in the cities of Montreal and Toronto.  The Canadian junior team heads into this tournament after winning a bronze medal in 2012 and gold in 2009.

Over the years, the World Junior Championship has been a breeding ground of future NHL superstars and Olympians such as Wayne Gretzky, Mario Lemieux and Sidney Crosby.  The 2015 edition should be no different as the participating young players have very promising futures.

Although these players are very skilled and have high hockey IQs, one challenging factor is getting them to play as a group in a short amount of time. The pressures of representing your country and the emotions of learning a new or different system, your role on the team and understanding your new teammates can be exciting for some and frustrating for others. In this kind of situation, players who have a greater level of emotional intelligence are able to adapt fairly well.  They are able to recognize their emotional state as well as the emotional state of others and can relate well to other people.

Emotional intelligence, EQ, is defined as “the ability to monitor one’s own and others’ feelings and emotions, to discriminate among them and to use this information to guide one’s thinking and actions.” (Salovey & Mayer, 1989, p.189)

In an environment where players are learning new information, trying to play as a unit with their line mates and the pressure of winning for a hockey loving nation, players with high emotional intelligence should be able to recognize and regulate their emotions.  For those with low EQ, fear not, it is a behavior that can be taught and learned. In such situations, coaches play an important role in helping these athletes regulate their emotions. Encouraging athletes to express their emotions through open communications can help identify gaps and find solutions.

Getting athletes to recognize and regulate their emotions makes pressure filled situations more manageable. The ability for the Canadian junior hockey team to control their emotions during the tournament will play an important role in bringing home the gold. The IIHF World Junior Championship tournament should be an exciting and emotionally filled tournament and will be a great kick-start to the 2015 Year of Sport in Canada.