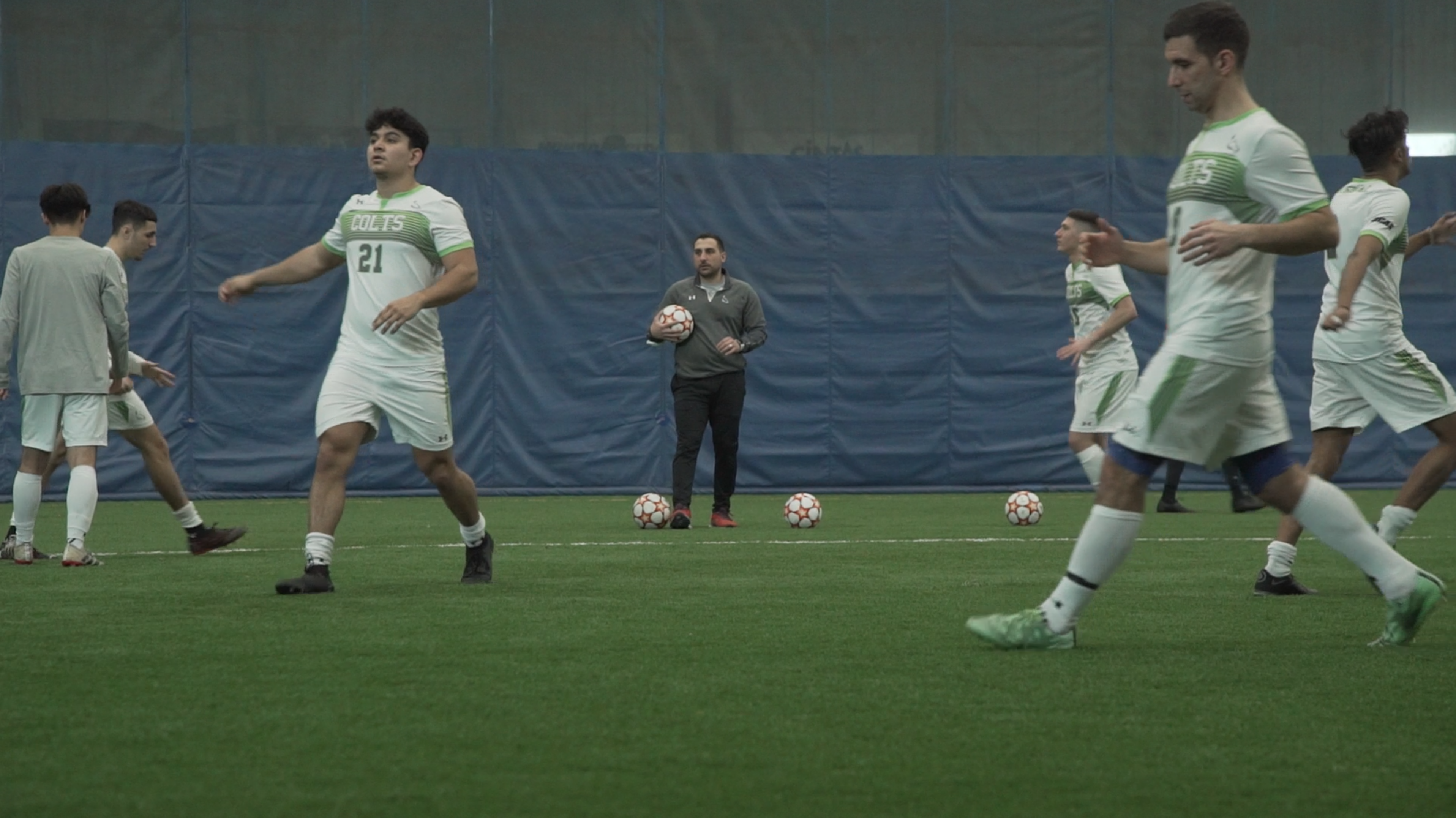 Released with the permission of Darcy Brioux – Manager of Athletics and Recreation at Centennial College.

The Centennial Colts are delighted to announce the hiring of David Lattavo as the new Head Coach for Colts Men’s Soccer.

Lattavo will be taking over the Colts Program after former Head Coach Ron Clarke stepped down to take on a new role as the assistant coach of the newly formed Electric City FC, a team playing in League 1 Ontario. As an Assistant Coach for the Colts Men’s Soccer Team for seven years, Coach Lattavo has developed a strong rapport with the Varsity team, Coaching staff and Student-athletes. He has an excellent record as a communicator, given his extensive background in education, being a Professor at the School of Engineering and Technology and Applied Science at Centennial College since 2015.

“We are thrilled to promote David to the Head Coach role with the Colts. He has been a Lead Assistant for many years and doing such a fantastic job with the team. David brings a special quality and professionalism to the team. This, along with his great leadership, recruiting and mentoring of the student-athletes, we are confident he will create a very successful soccer program at Centennial for years to come.” says Manager of Athletics and Recreation, Darcy Brioux.

This will be Coach Lattavo’s second opportunity at the helm of a club. From 2015 to 2018, he was the Head Coach for the U21 Men’s Team for Kleinburg Nobleton Soccer Club.

“I am very blessed and grateful for this opportunity to be Head Coach for Centennial College Men’s Soccer. I am also very excited to be working with elite-level players looking to win championships for Centennial College and represent the community of Scarborough Ontario. My goal is to create a successful winning program that the community can support with their family and friends. I would like to thank Darcy, all the Athletics and Recreation staff, previous players and coaches who have given me the necessary experience to earn this role.” says new Head Coach David Lattavo.

With Coach Lattavo now in place as the Head Coach, the Colts have their sights set on building a championship program for 2022 and beyond.