The Canadian Road Championships Head to Beauce Next Week

View All News
Cycling Canada – Saint-Georges, QC (June 20, 2019) – The biggest event on the domestic road calendar is returning to Beauce from June 28 – July 1 for the 2019 Canadian Road Championships for Elite, U23, Junior and Para athletes after a 4 year absence. Every year, the Road Championships attract Canada’s most prominent athletes who travel from all over the country to attempt to win the coveted maple leaf jersey.

“We are very excited to welcome the Canadian Road Championships back in Beauce and are expecting yet another strong field of riders to participate,” said Jolene Dupuis, Events and Officials Coordinator at Cycling Canada. “We have a great level of confidence with the organizer, who will be putting on the Tour de Beauce the week before the Championships. We are looking forward to some great racing throughout the Championships and hope to see some strong performances to bring in the Canada Day long weekend!”

The Championships will begin on Friday, June 28 with the Individual Time Trial for all categories, which will be held on the outskirts of Saint-Prosper, over distances ranging from 11 to 34 kilometres. Among the riders to watch will be Para world champion Mike Sametz (men’s C3), Elite women’s Team Time Trial world champions Karol-Ann Canuel and Leah Kirchmann and twelve-time national champion Svein Tuft.

Saturday and Sunday will see the Road Race titles awarded, beginning with the Para athletes (30.5 – 73.6 km) on Saturday morning, followed by the Junior men (108.5 km) and the U23 and Elite women (108.5 km) in the afternoon. The Para athletes will complete a 6.1 kilometre circuit in the city of Saint-Georges, while all the other riders will head out to Saint-Odilon and complete a number of loops before heading back to the finish line. On Sunday, the Junior women (78.1 km) will kick off the races, followed by the U23 and Elite men, who will complete a distance of 186.2 kilometres. 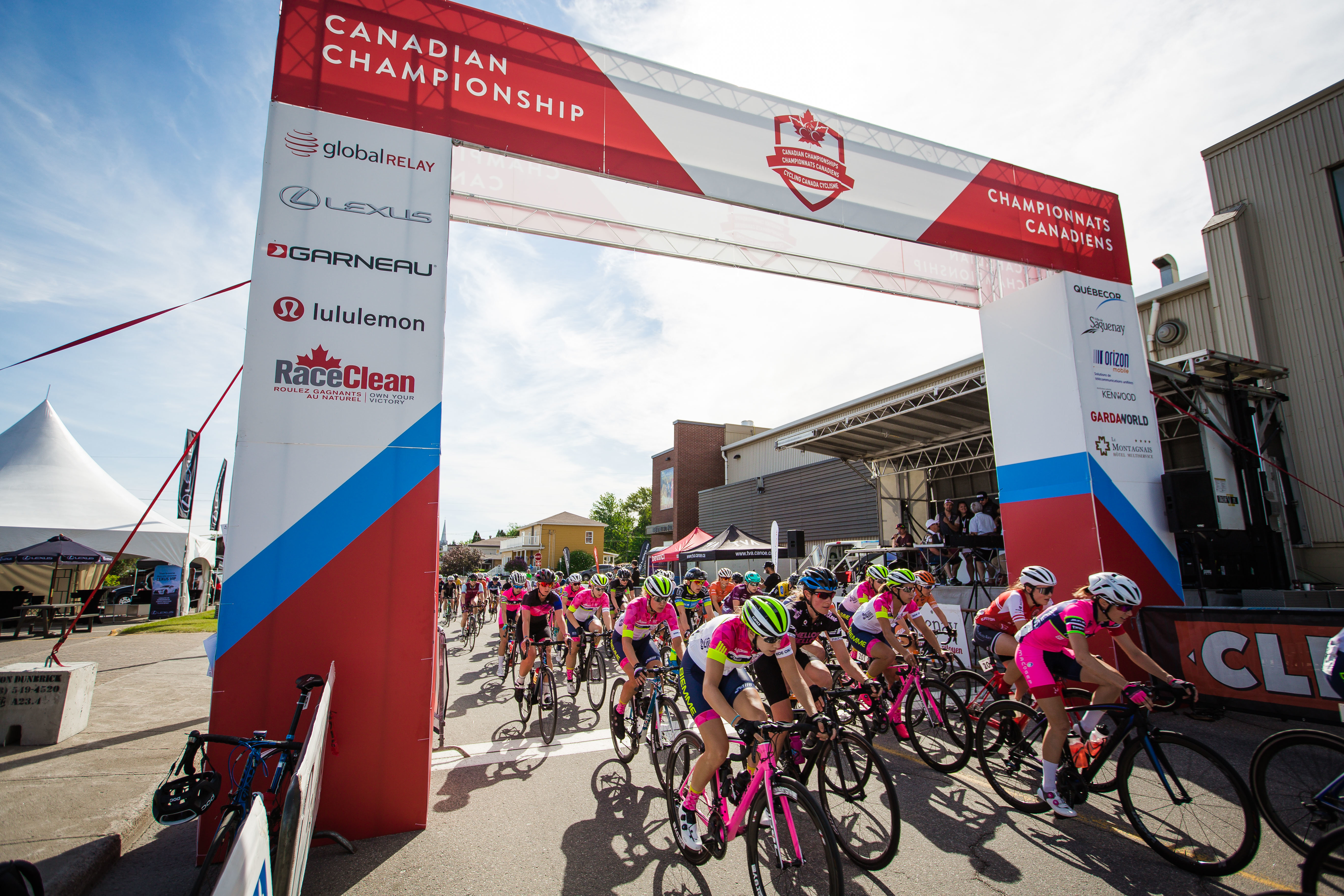 The men’s race should be a battle between Floyd’s Pro Cycling and Rally UHC Cycling, who will both be sending full teams. Israel Cycling Academy’s Ben Perry and Alex Cataford will also take the start.

The Championships will conclude on Monday with the Criterium, a fast-paced spectator favourite, taking place on a 1.3 kilometre circuit through the streets of St-Georges. Junior and Elite (including Under-23) women and men will race for between 30 and 60 minutes, with the finish usually coming down to a high speed mass sprint for the line.

Online registration will close on Friday, June 21, 2019, at 11:59pm (Eastern Time). More information regarding the event can be found here.