Cycling Canada – Milton, ON (April 15, 2019) – The Mattamy National Cycling Centre hosted a weekend of record-breaking performances for the 2019 Canadian U17/Junior/Para Track Championships that took place from April 12-14 in Milton, Ontario. A record 111 athletes from five provinces took part in the Championships, where five Canadian records were broken in individual and team events.

In addition to winning the prestigious maple leaf jersey of national champion, the Championships served as part of the selection process for the team that will represent Canada at the Junior Track World Championships later in the year.

Nine athletes won multiple titles, led by two Under-17 riders, each with seven titles in the ten events contested. Nicole Bradbury (NCCH Elite p/b MGCC) dominated the U17 women’s category with seven gold medals, a silver, a bronze and a Canadian record in the Individual Pursuit. Bradbury had won the first round of the Mountain Bike Canada Cup a couple of weeks earlier, so admitted she lacked some confidence going into the Track Nationals. “Coming back from mountain biking, I hadn’t been on the track in a couple of weeks, so I wasn’t quite sure how I would perform. My goal was to do well in the IP [Individual Pursuit] and break the record, and I had mostly been training for the endurance races.” 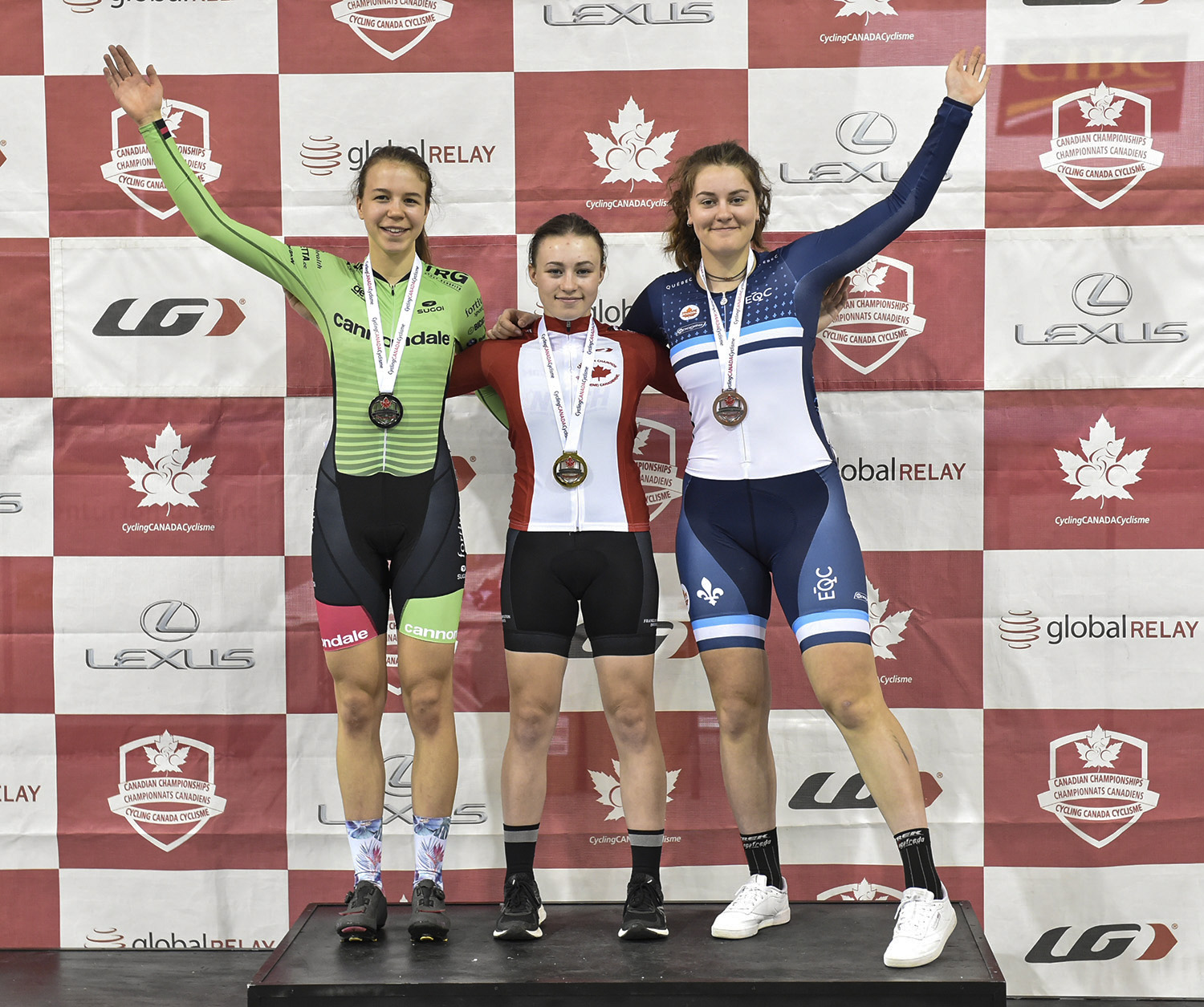 In the U17 men’s category, Dylan Bibic (Ascent Cycling p/b MGCC) also won seven gold, plus two silver and bronze, as well as setting Canadian records in the 200 metre time trial and the Team Sprint. Other performances worthy of note were the four gold medals each for Junior riders Madison Dempster (Team Ontario) in the women’s field and Riley Pickrell (Cycling BC) in the men’s. 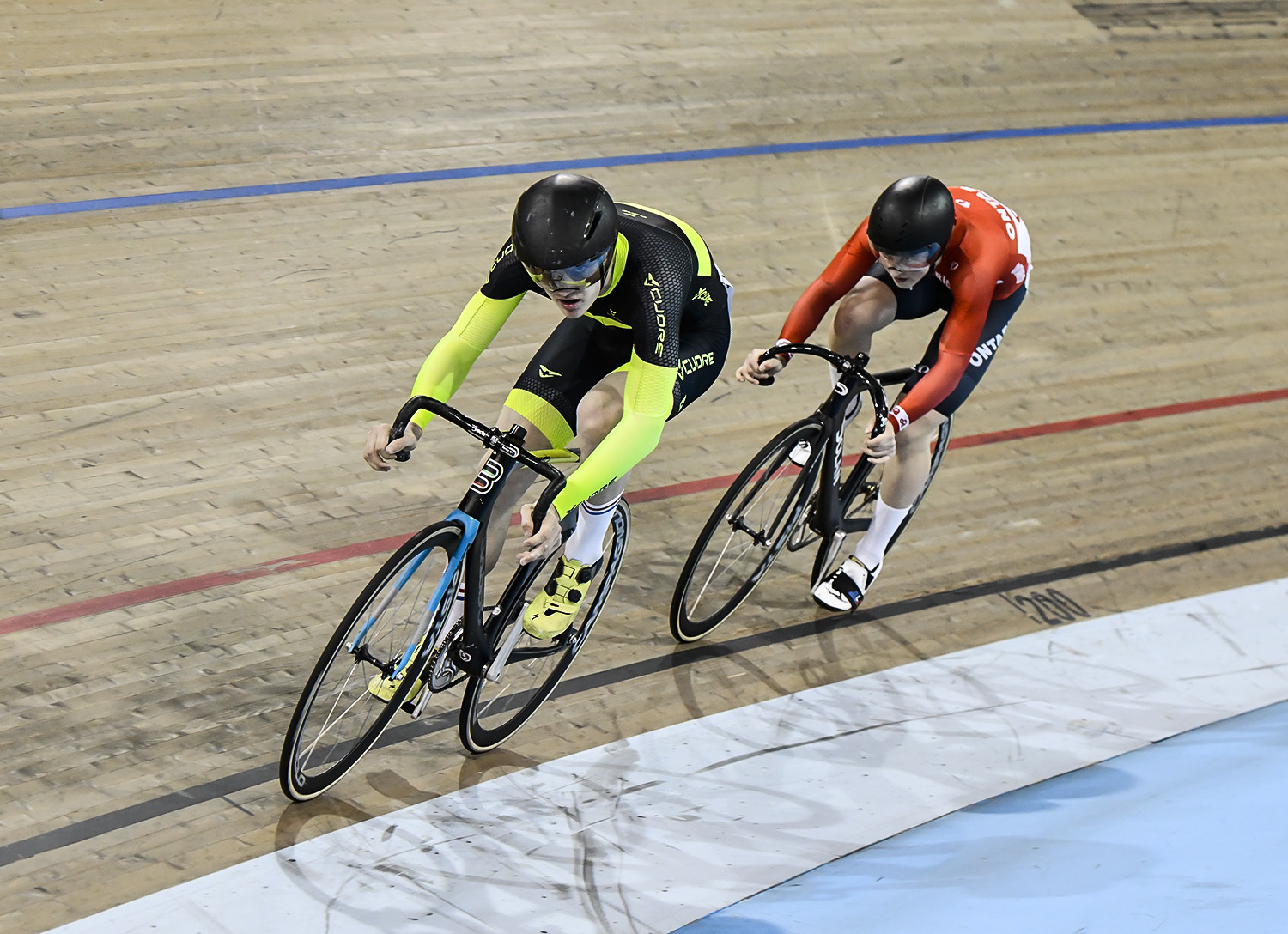 In the Para categories, national titles were awarded in the Individual Pursuit and 500/1000 metre time trials. Marie-Claude Molnar (Equipe du Quebec) took both titles in the women’s C4 category, with Megan Miller and her pilot Candice Moote (School for the Blind) winning the women’s tandem events, and Matthieu Croteau-Daigle and his pilot Benoit Lussier (Équipe du Québec) winning the men’s tandem events. 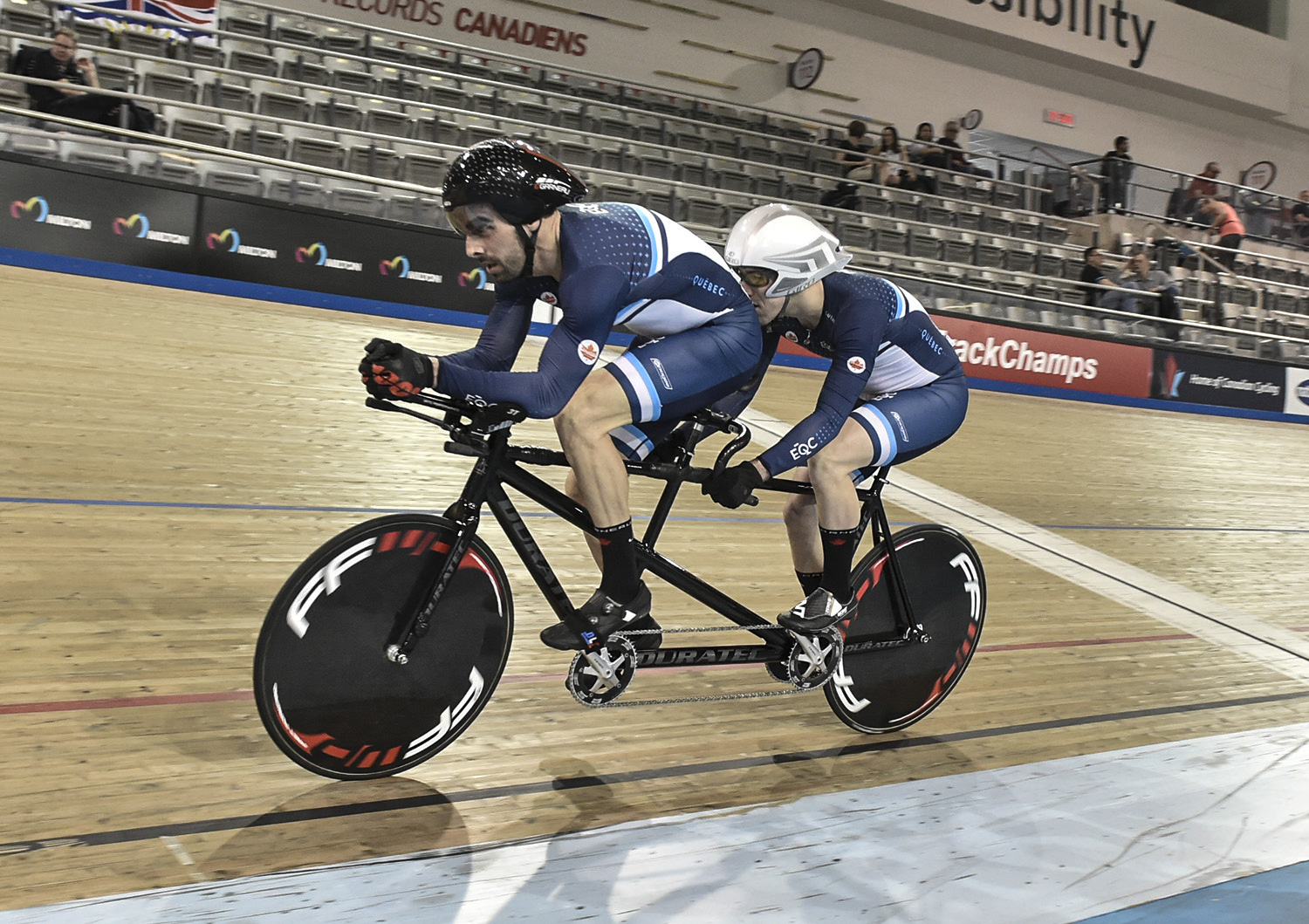