Pentathlon Canada, the National Sport Organization for the core Olympic sport of Modern Pentathlon, is pleased to announce the appointment of Shelley Callaghan as Executive Director. Her primary responsibilities include financial and personnel systems, fund-raising, and planning. Her role will be instrumental in ensuring that Pentathlon Canada has the infrastructure and support systems required to meet its operational goals and objectives, including the implementation and execution of Sport Canada funded projects in Safe Sport, Gender Equity, and Governance. 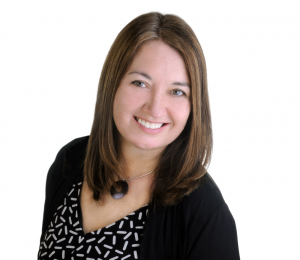 For over 20 years as the President of Purple Dog Consulting, Shelley has helped organizations determine where their assets lie and how to move forward based on positive changes.

Her background in sport consulting includes clients such as the Coaching Association of Canada, Canadian Women & Sport and Pentathlon Canada. Shelley lives in Ottawa with her husband, two dogs, two cats and many foster animals.

“On behalf of Pentathlon Canada, we warmly welcome Shelley to her new position as Executive Director. Our first-hand knowledge of working with Shelley on previous projects successfully paved the way for her next challenge, which we know she will approach with both her trademark professionalism and enthusiasm. Welcome aboard.”

Modern pentathlon, a core Olympic sport, is the only sport created specifically for the Olympics. It was developed by the founder of the modern Olympics, Baron Pierre von Coubertin, as the ultimate skill-and-strength test of a soldier. The sport debuted at the 1912 Stockholm Olympics and has featured in every subsequent edition of the Games. The women’s competition debuted in 2000. It is still the most varied and demanding multisport test in the Olympic family.

What does a Modern Pentathlete do?

Modern pentathletes compete in five sports: one-touch épée fencing, 200-metre freestyle swimming, equestrian show-jumping and lastly, a combined laser pistol shooting and running event (referred to as Laser Run). The final Laser Run event is incredibly exciting. Athletes are seeded in order of their total points accumulated from the three previous sports. The number of seconds each athlete starts after the highest-ranked competitor is determined by their points difference. Following a short burst run to the laser targets, the athlete must complete five shots on the target’s bullseye within 50 seconds. Next comes an 800-metre run. After three more Laser Run legs, the first athlete crossing the finish line wins. The relay events (men, women and mixed) include all five sports, adjusted for teams of two.