Lacroix coached Canada to Olympic medals in both short track and long track; Mathieu was one of Canada’s premier skaters in the 1920’s

OTTAWA, ONTARIO – Marcel Lacroix and Wilfrid Mathieu were announced today as this year’s inductees into the Speed Skating Canada Hall of Fame.

The Montreal born Lacroix, who coached Canada on the international stage in both short track and long track and contributed to six Olympic medals, was inducted as a builder. Meanwhile, Ottawa’s Mathieu – a national champion during the 1920s and major contributor to the growth of the sport in Eastern Ontario, was posthumously inducted as an athlete. 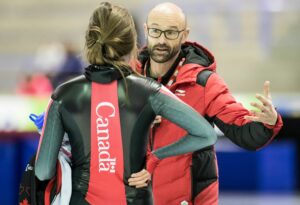 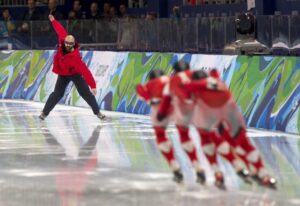 A native of Montreal, Marcel Lacroix has coached many of Canada’s brightest stars on the international stage over the years and is the only coach to have guided athletes onto the Olympic podium in both long track and short track speed skating, contributing to six Olympic medals from 1998 to 2018. His energetic approach to coaching, including his windmill gestures and rhythmic barks, made him almost as recognizable as the medalists he guided.

Lacroix got his first taste of Olympic success as a short track coach, where he helped the men’s relay team of Éric Bédard, Derrick Campbell, François Drolet and Marc Gagnon win Olympic gold at Nagano 1998. He would make the switch to long track soon after and would go on to accomplish even greater things.

At Turin 2006, he led American star Shani Davis to gold in the 1000m and to silver in the 1500m, while also helping Canadians Arne Dankers, Steven Elm, Denny Morrison, Jason Parker and Justin Warsylewicz earn silver in the team pursuit. Four years later at Vancouver 2010, he contributed to gold medal performances by Christine Nesbitt in the 1000m and Mathieu Giroux, Denny Morrison and Lucas Makowsky in the team pursuit. Lacroix retired from high performance coaching following Vancouver 2010 but returned to the national team program ahead of the Pyeongchang 2018 to guide the women’s middle and long distance skaters.

Lacroix has received numerous honors throughout his career, which include being named Coach of the Year by Speed Skating Canada in 2004, receiving the Coaching Association of Canada’s Jack Donahue Award as Coach of the Year in 2011 and being inducted into the Canadian Olympic Hall of Fame in 2014. In April 2020, after over 25 years as a part of the Calgary Olympic Oval family – including a decade as Director of High Performance, Long Track – he took his retirement. 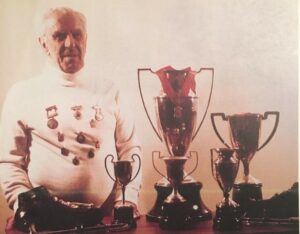 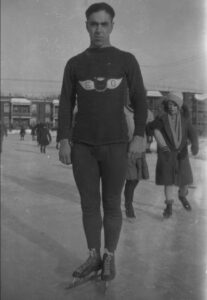 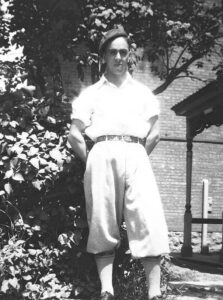 Ottawa’s Wilfrid Mathieu was a provincial, regional and national champion in long track speed skating during the 1920’s. As one of Eastern Ontario’s premier speed skater during this era, his resume details many other achievements and victories throughout Canada and the United States.

Skating for the Ottawa East Athletic Club, he would go on to earn multiple national titles, including winning both the 880-yard and three-quarter-mile races at the 1927 National Dominion Speed Skating Championship as a 17-year-old. Over his career, he also won the prestigious Spalding Cup, Brewer Cup and Rubenstein Cup. In the late 1920s and early 1930s, his name entered the speed skating record books several times for new club, regional, provincial and national standards.

After he retired from competitive speed skating, Mathieu became a coach, official and administrator for of the Ottawa East Athletic Club. He coached both his eldest sons and his daughter during these years and oversaw the organization of many regional meets.

In February 1982, a 72-year old Mathieu earned the bronze medal at the World Senior Citizen Speed Skating Championships, which were held on the Rideau Canal during Ottawa’s Winterlude festival. He accomplished the feat less than 6-months after major surgery. Mathieu passed away later than year.

In addition to his success on the speed skating oval, Mathieu became a national and world champion in snowshoeing, while also winning various titles in cycling, sailing, water polo and track and field. His incredible achievements were recognized by his community in 2019, when he was inducted into the Ottawa Sport Hall of Fame as an inaugural member of in the Legacy Category