Paulsen was a great engine of the Canadian driving community and exceptional example of all-around horsemanship. He served as President of the now-defunct Canadian Driving Society (CDS), where he started the Wheelhorse magazine in the late 1990s. The American Driving Society, Inc. has since adopted Wheelhorse as the name for their newsletter as a nod to their Canadian brethren and reminder of Paulsen’s legacy.

Paulsen’s presence was perhaps felt most strongly in his home province of Manitoba, where he helped found the Manitoba Driving Club in 1990. Birds Hill Provincial Park also benefited greatly from his talents and dedication; Paulsen served a term as President of Friends of Birds Hill Park and was a major promotor of The Birds Hill International Combined Driving Event (CDE).

Standardbreds were Paulsen’s favourite breed. He was active in Standardbred racing and competed with them in CDEs across North America with his son as navigator. Additionally, Paulsen was polo fan and founding member of the Springfield Polo Club.

In his professional life, Paulsen was a prominent engineer who worked on water pump projects around the world.

Paulsen is survived by a large, loving family and many friends. His adventure-loving spirit and generosity will be missed by many.

In lieu of flowers, donations in Paulsen’s memory may be made to CancerCare Manitoba or to the Winnipeg Ostomy Association in support of the Ostomy Youth Summer Camp. 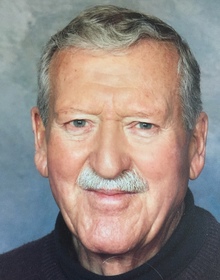 PHOTO – Equestrian Canada extends heartfelt condolences to the family and friends of John Paulsen of Oakbank, MB, who passed away peacefully on Aug. 22, 2020, at the age of 86.
PHOTO CREDIT – Courtesy of Diana Paulsen