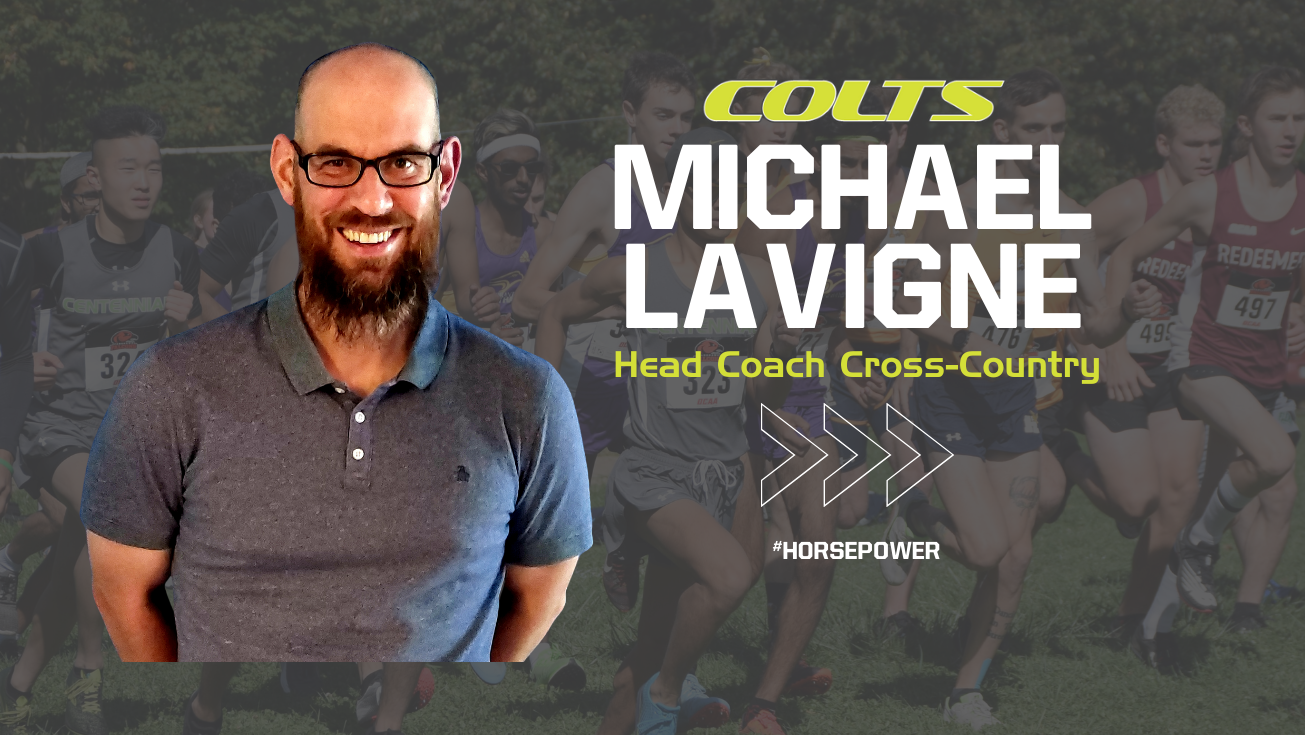 Coach Lavigne has built an impressive resume over his 16+ year coaching career, and that success has been greatly attributed to his four pillars of Coaching – Respect, Dedication, Commitment and Enjoyment.

From 2006-to 2017, he was the Head Coach of Men’s & Women’s Cross Country & Indoor Track at George Brown, leading the Huskies to 10 National Cross Country Championship appearances, 13 OCAA (Ontario) & 10 CCAA (Canadian) Cross Country medals in 11 years. During this time he coached 24 All-Ontario and 9 All-Canadian athletes, becoming the only team in the CCAA history with both male and female Cross Country All-Canadians three years straight.

“As we continue to build our championship program, we must find coaches with strong technical backgrounds and that have the experience to take us to the next level”, says Darcy Brioux, Manager of Athletics and Recreation. “Having Michael come on as our Head Coach is everything we could have asked for when we set out to find a new Head Coach. He has over a decade of experience coaching in the OCAA, and he’s won at this level. He has all the credentials we were looking for, and he’s someone we know will have a positive effect on our culture.”.

In addition to his new role as Head Coach for the Colts Varsity Cross-Country Team, Coach Lavigne is also the Lead Junior Development Coach for the Toronto Olympic Club.

“2022 has been an exciting year so far with the birth of my first child, coaching a new club team, leading an athlete to an OFSAA medal, being named as a Head Coach for the Ontario Summer Games, and now becoming Cross Country Head Coach for Centennial College!” says Head Coach, Michael Lavigne, “Coaching has afforded me many great experiences with travel and meeting amazing people, and it all started in the OCAA! I’m excited to be back where my coaching journey began 17 years ago, and I look forward to building and growing the program at Centennial College! I look forward to getting to know the athletes and helping them achieve their athletic and academic goals.”

With a new Head Coach in place, the Colts will look to return to nationals for the first time since 2019.