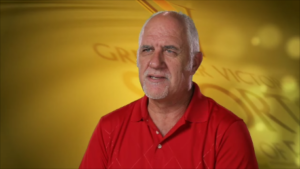 This weekend marked the end of term for a devoted volunteer at Archery Canada. Allan Wills has been a long-serving and committed volunteer to the sport of archery in numerous capacities, both in Canada and internationally. Now, after 35 years serving on the Board of Directors of Archery Canada, he has completed his service and stepped down effective August 7, 2021, at the conclusion of the AGM. Mr. Wills has been a board member since 1985 and President of Archery Canada from 1991-2003 and from 2009 to present.

With Mr. Wills stepping down, the Board of Directors have formally appointed current Director-at-Large Aaron Bull to the vacant position of Archery Canada President on August 7 and until the next President election date in 2023.

Mr. Wills will continue to advise the Archery Canada Board over the next year and remain involved with the Foundation as the Chair of its board committee. We thank him for all that he has done for Canadian archery and wish him all the best in the years to come.

His contribution to the sport has received its fair share of recognition over the years, earning an impressive array of awards. Among these, in 1992 he was awarded the Canada 125 Medal for contribution to archery. In 2012, he was one of the 41 recipients selected by the COC for the prestigious honour of being presented with the Queen Elizabeth II’s Diamond Jubilee Medal. That same year, he was also inducted into the Greater Victoria Sports Hall of Fame. World Archery has awarded him the special Bronze Plaquette for his role as Chairman of the XXXIX World Championship 1997 Organizing Committee – only the 3rd time these Championships had been held in North America and first time in Canada. Following his Diamond Jubilee medal, World Archery praised him for “his strong leadership and direction, [for which] both Archery Canada and archery in Canada have and continue to grow and prosper. There is no doubt that the body of work that Al Wills has undertaken and contributed, to Archery Canada and the Canadian archery community, is extraordinary.”

Al has been an active archery judge in his province and club, judging local and provincial archery tournaments. For the majority of his time on the Board, Mr. Wills resided in British Columbia and was active with the BC Archery Association, who had supported him for the role as President, and who continue to value his involvement in the sport. “The archery community in British Columbia has been fortunate to have such a passionate and devoted individual residing in our province and promoting the sport,” said Sonia Schina, Executive Director of BC Archery. “We have benefitted from Al’s years of service with national and international organizations, and know that BC Archery can always rely on him to help with any projects. We are thankful for all he has done.”

His passion for the sport is infectious; his contribution to the sport has been far-reaching and second to none. He has always demonstrated a keen and genuine passion and love for archery, and in his many volunteer roles he has handled his responsibilities with tireless enthusiasm. Archery Canada has seen many accomplishments in the time that Mr. Wills has been involved at the Board. He has seen the capacity of Archery Canada grow over the years, helping to hire a professional staff to further develop the sport administratively and technically. He was a founding member of the Canadian Archery Foundation, which will begin to fulfill its mandate this year through new grants to support Canadian archers.
-30-