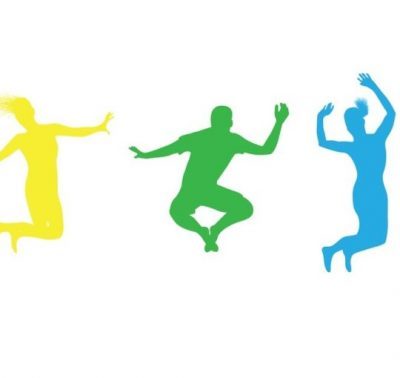 This study aims to gain a better understanding of the sports experience of lesbian, gay, bisexual and transgender (LGBT) athletes. There is very little Canadian data so far on the reality of LGBT athletes. However, all existing studies on the subject look at the difficulties faced by LGBT athletes, such as rejection by peers, harassment, name-calling, giving up the sport, stress and under-performance.

For this project, we have the following objectives: 1) describe the positive and negative experiences of LGBT people on sports teams, 2) measure the attitude of heterosexual members of sports teams toward LGBT athletes, 3) identify and understand barriers to and elements facilitating the participation of LGBT people in sports, 4) determine the prevalence of homophobia on sports teams, and 5) describe the impact of homophobia on LGBT athletes.A total of 1,008 Canadian athletes aged 18 to 30 answered an online questionnaire, including 724 female athletes (71.86%), 282 male athletes (27.94%) and 2 intersex athletes (0.20%).

The study confirms that homophobia is still present in Canadian sport and that it affects all athletes, regardless of their sexual orientation. Indeed, 30% of heterosexual athletes, 67% of LGB athletes and 85% of trans athletes experienced at least one homophobic episode. The most frequent forms of LGBT-phobia that were reported were verbal insults, disparagement and offensive remarks. LGBT athletes who are subject to this treatment say they feel pressured to stay in the closet (not reveal or talk about their sexual orientation), are verbally insulted and are ignored or excluded by their peers.

Nevertheless, there is an improvement. Indeed, 97% of heterosexual athletes say they are very comfortable or comfortable with having LGBT teammates. The athletes who took part in the study also indicated that sports culture is changing in keeping with Canadian culture. Finally, athletes indicated that schools, coaches and parents need to be made aware early on so that LGBT-phobia is taken seriously in sports environments, so as to ensure that sports events are more welcoming.

For the next project stage, we will conduct a series of interviews with LGBT athletes who indicated their interest in the online questionnaire. The interviews will enable us to describe more accurately and in greater detail the reality of LGBT athletes in their sports environments with respect to LGBT-phobia.

According to the athletes who were consulted, LGBT-phobic behaviour can largely be explained by the attitude of teammates (openness or not to the presence of LGBT athletes), social media (outing an athlete, disparaging LGBT athletes) and the type of sport (e.g., “all figure skaters are gay”).

Nevertheless, there is an improvement. Indeed, 97% of heterosexual athletes say they are very comfortable or comfortable with having LGBT teammates. The athletes who took part in the study also indicated that sports culture is changing in keeping with Canadian culture.

Still today, young people who are part of the LGBT minority experience discrimination and LGBT-phobia in sports. Although Canada is a world leader in terms of LGBT rights, our study shows that young athletes are still subject to LGBT-phobia in the sports world. In light of these figures from young athletes (aged 18 to 23, accounting for 85% of respondents), Sport Canada needs to support and encourage the organizations it funds to actively engage managers, coaches, technical directors and athletes in creating inclusive and welcoming sports environments, namely by adopting and promoting clear anti-homophobe and inclusive policies with respect to LGBT members.

Although only 13 trans athletes answered our questionnaire, 11 of them had been subject to trans-phobia. This clientele thus seems especially vulnerable. Future policies must include this population.

Sports culture is especially difficult to change. Our study clearly showed that LGBT-phobia is linked to the type of sport, among other things. Still today we associate certain sports with the presence or absence of homosexual people: female versus male sports, individual sports versus team sports, stereotypically female sports versus stereotypically male sports, sports with predominantly homosexual participants. How can we change the culture and the perceptions of stakeholders in the Canadian sports system in spite of this culture and deeply rooted stereotypes and biases?

A list of sport organizations, governments (units, branches or sectors) and/or groups that may benefit from the findings and describe those benefits here.