Posted on December 6, 2017
View All Blogs and Articles 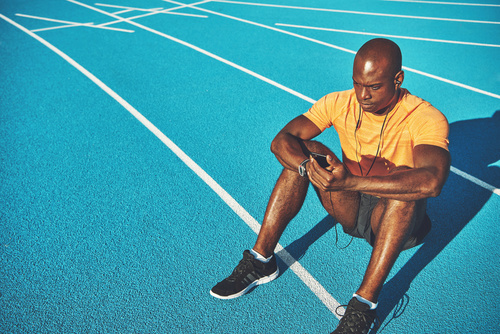 SIRC Highlights from the Study

According to Hanin’s model of individual zones of optimal functioning (IZOF) “a psychobiosocial state is manifested in eight interrelated form modalities: cognitive, emotional, motivational, and volitional (psychological component); bodily-somatic and motor-behavioral (biological component); operational and communicative (social component)”. Based upon past research it is assumed that there is a higher probability of successful performance when the intensity of functional states is high and dysfunctional states are low. To enhance performance, athletes need to be aware of what constitutes their individual optimal and dysfunctional zones of intensity for each of the eight components of their psychobiosocial state and to know how to move into or out of those zones before and during performance.

The use of music in a pre-performance routine is a method of control athletes can use to help establish their pyschobiosocial state in the right zone. However, it has been acknowledged that there must be a component of intentionality when selecting the music used. An athlete usually has an association between the music selected and a previous experience therefore using it for a specific purpose, using it as a regulation strategy and to elicit a specific performance, believing that the music will lead to improved performance. “For the selection process to be effective, the athlete must have knowledge of desired outcomes for the music use and utilize this information to guide their choice of musical pieces”.

The study examined 17 swimmers from a Canadian university that had provincial, national, and/or international competitive experience. Sprint swimmers were studied because the “effect of music tends to last for a short time after the listening period … and it has a greater effect on short-term maximal effort performances”. Questionnaires were used to measure and evaluate psycobiosocial states, subjective ratings of performance and subjective ratings of effectiveness of pre-performance routines were developed and scored each on a 10-point Likert scale, an interview was performed to assess swimmers’ beliefs on the different types of music selected for their pre-performance routine, and finally a semistructured post-intervention interview was performed to assess participation in the study. Control and experimental groups were compared.

Highlights from the findings: