Getting to the Core of Athlete Performance 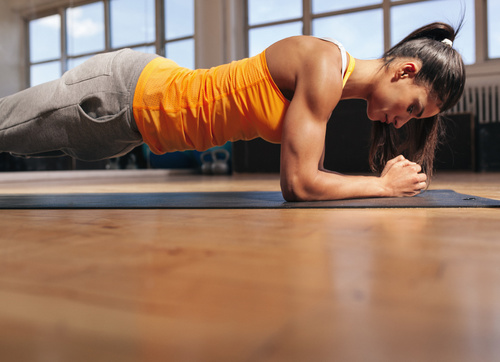 Core strength and stability training is performed by most if not all competitive athletes these days. In fact it is one of the few training forms that is effective for all sport disciplines. The core is central to all athletic movement, whether it is generated from the area or passes through it. It is the central part of the body that transfers power. If your core is weak or inflexible then this impacts how well your body functions through movement and makes them less powerful. For an athlete, keeping a strong and balanced core becomes an essential element in their success in sport.

What is the core?

While there has been a number of research studies done to determine the role of the core in athletic performance, defining what the core is has been inconsistent and there is no one standard definition of what is being referred to. Definitions of the core area also change depending on the context (e.g. performance vs rehabilitation, elite sport vs. health care, etc). While some refer to it as the region between the diaphragm and the pelvic floor, others refer to the sternum to the knees. Most generally agree that it includes the trunk area with emphasis on the lumbo-pelvic region. The core system consists of three subsystems, the passive (ligaments and bones), active (muscles and tendons) and neural structures. These subsystems work together on an ongoing basis to provide stability and movement to the body. No one subsystem acts or works separate from another; continuous interaction among all 3 subsystems is needed to maintain stability. However, while it is important to make sure all these subsystems are working cooperatively, targeted training can be performed on in individual subsystems to improve their individual functions.

When reading articles and research, terms such as core strength and core stability are often used, and have been considered interchangeable depending on different contexts. Also, research has yet to determine a universal standard of assessment or testing. This doesn’t mean that we can’t depend on what is being presented, it just means that we should be mindful of contexts when we are reading research and recommendations.

What does the core do?

At its most basic, your core stabilizes your body and allows for movement in any direction because it includes postural muscles and global movement muscles. With a strong core you transfer power from the ground to move your arms or legs without wasting energy. The combination of three functions, strength (least important), muscular endurance and sensory-motor control (most important) contribute to core stability. Having muscular strength and muscle endurance means that the potential for movement exists, and increasing both of these areas contributes to capacity of the movement. Sensory motor control brings together all the feedback from the sensory system and the central nervous system of the body to coordinate the right muscles, activated at the right time with the right force, amount and duration to create effective and efficient movement.

Having a strong core boosts balance and stability. It helps stabilize the spine and aids in shock absorption especially evident in many athletic movements. Having a weak, tight or unbalanced core can reduce the effectiveness of any movement and can increase the risk of injury.

Why should an athlete be concerned with their core?

There are 3 core contexts that are the focus of core strength and stability when it comes to athletes:

It is important to also keep in mind that research does indicate that “core strength and stability training in isolation will not fully address any of these three areas, it must be performed in conjunction with other training and/or rehabilitation forms” to be at its most effective.

Using core training with athletes address so many areas of performance to create a strong foundation for sport success. Maintaining consistent training of flexibility, strength, endurance, and muscle control through the core helps prevent imbalances that can contribute to injury and supports strong and coordinated movements to boost athletic performance. Integrating core training into an athletes overall training plan contributes to the overall athletic development.