August 9, 2017
by Lily Dong, SIRC
View All Blogs and Articles 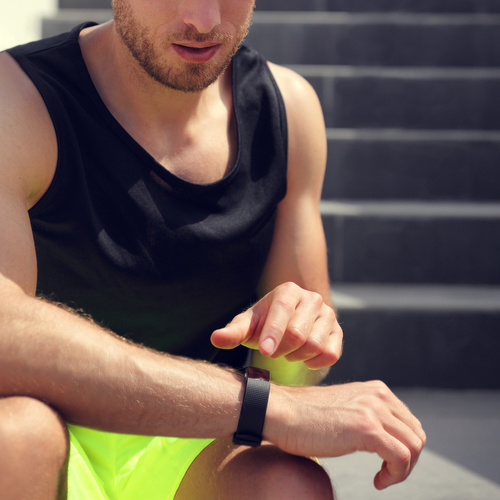 Fitness trackers have become increasingly popular among both people who are new to exercise, and those who have been long-time athletes. Current wrist-worn trackers can function as watches, heart rate monitors, sleep trackers, calorie counters, GPSs, and even as phones, opening up a market that seems inconceivably far from the original pedometer. However, the 10, 000-step goal often encouraged by manufacturers does not have a scientific founding and recent research suggests that these trackers lack accuracy in certain measurements.

The Problem with Counting Steps
Most popular fitness trackers have a step counter as their predominant feature, displaying how close users are to their goal on the screen or its lights, vibrating in celebration when users have hit the magic number. Despite the popularity of the 10, 000 steps per day doctrine, the majority of national and international health authorities don’t prescribe a daily step recommendation – in Canada, for example, adults should aim to get 150 minutes of moderate-to-vigorous physical activity a week. The whole concept of the 10, 000 step goal and counting steps to measure fitness or physical activity could be flawed for several reasons:

Heart Rate and Calorie Measurement Accuracy
If not for the step-counter, users may use a fitness tracker as a heart rate monitor. Others use the calories burned feature when trying to lose weight. A study published in late May, 2017 compared the accuracy of seven different wrist-worn fitness trackers. They measured heart rate and energy expenditure (calories burned) of subjects when walking, running, and cycling and compared it to gold standard measurements.

Is There a Way to Use Fitness Trackers Positively?
Despite it all, fitness trackers can still be helpful tools to get active, particularly for people new to exercise. For some, making challenging step goals can be motivating to get more movement into their day. It’s important to keep in mind that step counts alone aren’t an accurate representation of your entire physical activity picture. They can provide a general idea of how much you’ve been moving, but reaching your step count goal or not does not determine how active your day has been, nor the quality of your exercise. Ideally, after getting into the groove of regularly getting active, incorporating a variety of activities will make for a well-rounded, healthy lifestyle.