Skip to main content
Home In Search of Inspiration: Re-thinking the Potential for Demonstration Effects

In Search of Inspiration: Re-thinking the Potential for Demonstration Effects

July 13, 2020
by Luke Potwarka, University of Waterloo
View All Blogs and Articles 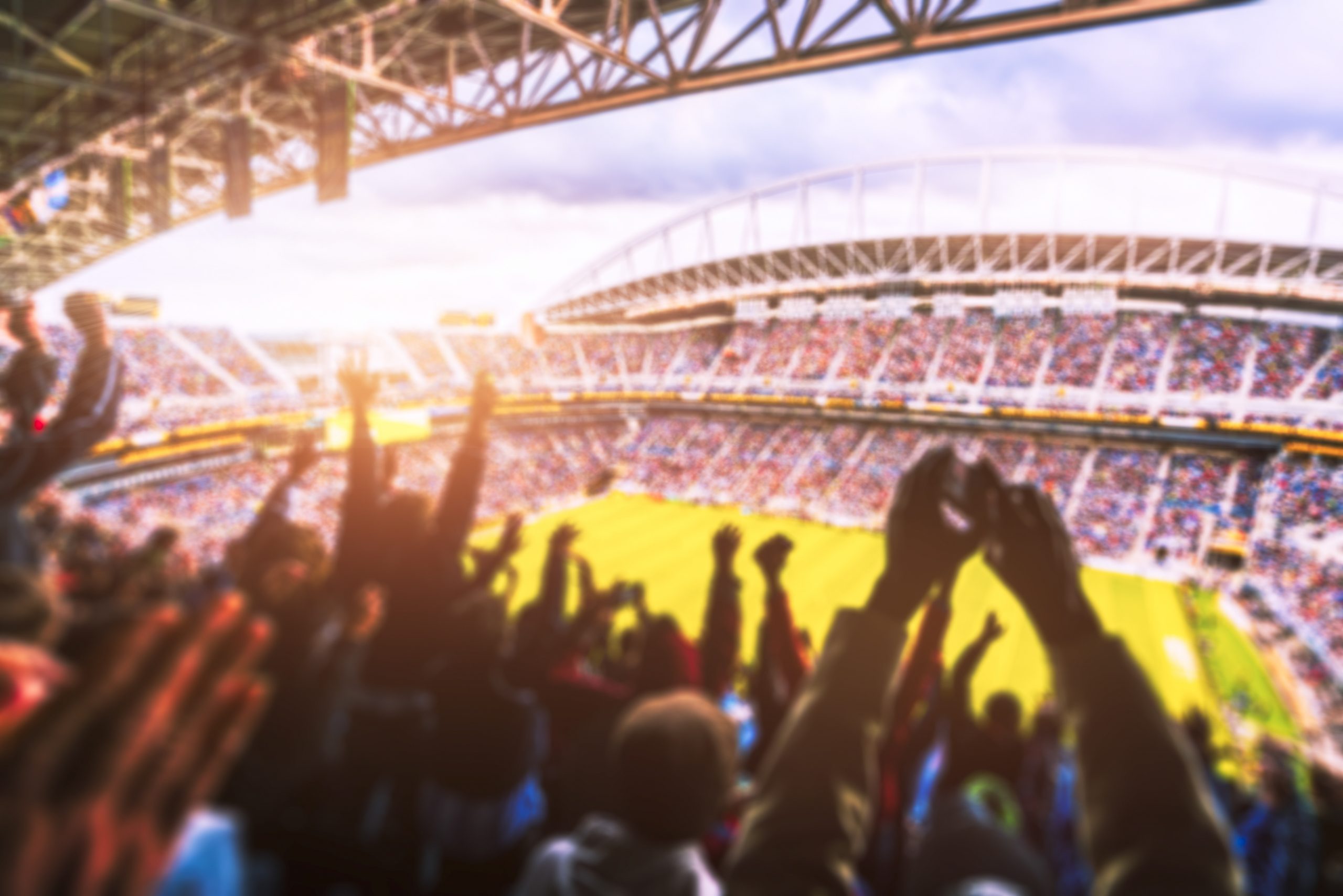 Major sport events in Canada and around the world have been cancelled in the wake of the COVID-19 global pandemic. For sport administrators, researchers and policymakers, this pause represents a unique opportunity to reflect on the desired impacts and legacies of future sport events.

Event bids are often full of claims about the positive impacts of event hosting, both social and economic. In particular, sport events are often praised for the ability to increase sport and physical activity participation in host and non-host communities. Increases in participation are related to a “demonstration effect” or “trickle-down” effect, which refers to a process by which people are inspired by elite sport, sports people, or sports events to participate themselves (Weed, 2009). The demonstration effect can be measured in terms of new participants in a sport, an increase in participation frequency, participants returning to a sport after a long hiatus, or participants switching from one sport to another. In recent years, many researchers have dismissed such claims, arguing that there is no reliable evidence to support the existence of demonstration effects.

However, the question of the “existence” of demonstration effects may be far more nuanced than simply claiming they do or do not exist. It may be time for researchers to temper the debate about the existence of demonstration effects, and instead focus their efforts on investigating the mechanisms and conditions by which sport events are most likely to bring about desired participation impacts. The resulting evidence can help set expectations, assess investments, and guide legacy investments.

A realist synthesis approach to understanding complex phenomena explores a wide range of evidence to answer the question “what works for whom under what circumstances?” rather than “what works?” (Coalter, 2007). From this perspective, event impacts (e.g., increased sport or physical activity participation) are best understood as a result of the interaction of a particular combination of circumstances.

What follows is a discussion of some of the conditions that may be necessary for a major sport event to have a positive impact on sport and physical activity participation. By no means is this an exhaustive list of empirically supported conditions. The intention is to start a discussion about re-thinking what might be necessary conditions for demonstration effects to occur. 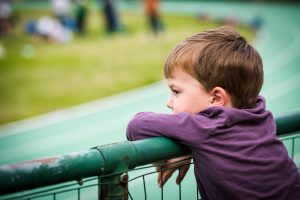 Evidence to suggest that sport events will influence sport participation is limited when considering an entire host population. “One-size-fits-all” approaches to analyzing data may be masking evidence of demonstration effects present within particular sub-populations. Recently, for example, research has suggested that demonstration effects might be more pronounced among youth populations. For instance, Aizawa et al. (2018) found that the long-term impact of the 1964 Tokyo Olympic Games was more pronounced among those who were youth at the time of the event compared to other generations. Similarly, Carmichael et al. (2013) observed that students and those in part-time employment positions were more likely to participate in moderately intense activities after the London 2012 Olympic Games than people who were employed full-time. As people age, they may give a higher priority to areas of education, work, and family than to nonworking and sport-related activities (Aizawa et al.).

Research into the demonstration effect has often drawn conclusions based on analyses of national and provincial/territorial-level participation data. Until recently, participation data are rarely delineated or examined within the local regions that house event venues. The notion of the “epicentre” effect suggests that when searching for evidence of a demonstration effect, researchers should first consider available participation data at local and regional levels, and then move outward and consider data at provincial/territorial and national levels (Potwarka & Leatherdale, 2016). Examined this way, participation impacts might be greatest near venue locations. For instance, Potwarka and Leatherdale (2016) observed no statistically signiﬁcant changes in the rate of moderately active/active youth in Canada or the province of British Columbia from before to after the Vancouver 2010 Olympic Games. At the regional level however, the authors reported a signiﬁcant increase in the rate of moderately active/active females from pre-event to post-event years in Richmond, BC. Interestingly, Richmond was home to the newly constructed Olympic oval, which saw a record number of medals for Canadian women speed skaters and was accessible for public use after the Games. 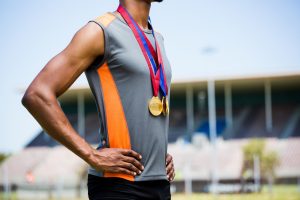 Virtually every study of demonstration effects has examined participation impacts solely within host nations and communities, however demonstration effects have the potential to be a truly global phenomena. Millions of people from outside host communities and around the globe tune in to watch athletes from their own communities compete for Olympic and Paralympic medals. Potwarka et al. (2019) examined population-level changes in physical activity in the hometowns of Canadian athletes that won medals at the London 2012 Olympic Games. The authors reported statistically significant increases in physical activity levels among youth living in five (of 26) hometown health regions between the pre-and post-event time periods under investigation. No significant changes in participation were observed in any of the 26 control regions (i.e., regions that were not home to an Olympic medalist). People may perceive a special connection with elite athletes from their hometown because they share similar access to sport-related opportunities, coaches, and activity promoting infrastructure in the built environment.

Research has consistently shown that demonstration effects are most likely to occur within people and spectators who are already active sport participants and spectators (Funk et al., 2011; Aizawa et al., 2018). In particular, investigations of demonstration effects have revealed that people who are fans of the sport or have knowledge of the sport before experiencing live competitions were much more likely to intend to participate in the sport after watching it (Teare et al., in press; Wicker & Sotiriadou, 2013).

Moreover, what people think about, and what they feel while immersed in a spectator experience, can have a profound influence on post-event decisions to participate. In particular, fantasizing being an athlete participating in the action; intense absorption in the spectator experience; critically judging the performance and skills of athletes; and appreciating the grace and beauty of the sport itself, can influence the likelihood of feeling inspired while watching sport events (Potwarka et al., 2018). Feelings of inspiration while watching an event may play a key role in developing behavioral intention, and reduce feelings of inadequacy that can discourage participation (Potwarka et al., 2018). In an inspired state, spectators can become compelled to achieve new sport participation goals (Thrash & Elliot, 2003). In this way, inspiration can be thought of as an appetitive motivational state, which involves feelings of energy, confidence, and enthusiasm that lead to post-event participation (Thrash & Elliot, 2003). 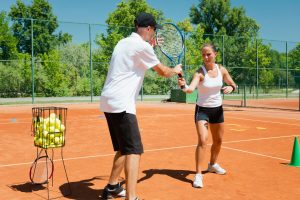 The demonstration effect literature consistently reminds us that the potential for demonstration effects is greatly reduced without carefully planned and executed event leveraging strategies (Misener et al., 2015). Leveraging is based on the premise that increased participation levels are more likely to result from the combined influence of staging an event and the implementation of interventions designed to promote sport opportunities (Coalter, 2007). In other words, a demonstration effect must be combined with opportunities to try the sport on display if there is to be a behavioral impact beyond just influencing people’s intentions (Chalip et al., 2017; Weed et al., 2012). Few sport events have included the design, implementation and evaluation of programs that encourage people to try a new sport (Taks et al., 2017). Researchers are beginning to examine the potential influence of exposure to particular event leveraging initiatives deployed before, during or after events on stimulating sport participation. Potwarka et al. (2020), for example, found that receiving a voucher for a free session to try the sport of track cycling stimulated participation among spectators with both low and high intentions to participate in the sport post-event. (Learn more about this research in the SIRC blog.)

Summary and Recommendations: Toward More Inclusive Understandings of Demonstration Effects

Legacy investments and event leveraging initiatives strategically targeting local sport organizations, community sport and physical activity infrastructure, and youth populations might help demonstration effects occur. Moreover, local and national media must continue to promote and cover exceptional athletes in communities around the world. These narratives can highlight athletes’ connections and experiences participating in their local communities. To maximize the likelihood of participation impacts from sport events, event stakeholders may also consider offering post-event trial opportunities and designing vicarious and immersive spectator experiences. Efforts should be made to make sport events more accessible to spectators by educating them about the nuances and rules of the sport before and during competitions. Doing so may create more engaged and inspired spectators.

Further research is needed to examine demonstration effects relating to non-mega sport events and ParaSport events (Misener, 2015; Taks et al., 2015). Moreover, attention must be directed at non-participants and those who are systemically excluded from participation opportunities because of race, ethnicity, gender, sexual identity, socio-economic status, and ability/disability. Efforts must be made to remove barriers to post-event participation.

There may also be a need to build international research collaborations aimed at interrogating demonstration effects. To this end, it may be wise to establish a repository of national and more localized sport participation surveillance data, including demographic information, which could be shared among scholars and sport managers around the world.

In addition to further establishing conditions and mechanisms which might underpin the demonstration effect phenomena, researchers and event stakeholders should focus efforts on issues related to capacity and retention. While staging sport events might help get participants “in the door,” considerably less is known about evidenced-informed strategies to help nurture and maintain newly formed relationships with participants (Bakhsh et al., 2020). If sport researchers and event stakeholders wish to realize the full potential of demonstration effects, they must ensure spectator and participation opportunities before, during and after events are welcoming and accessible for everyone.

Dr. Luke Potwarka is the Director of the Spectator Experience and Technology (SEAT) Lab and an Associate Professor in the Department of Recreation and Leisure Studies at the University of Waterloo. His research examines the behavior and experiences of sport spectators, with a specific focus on the role elite sport events play in inspiring grass roots participation.