Concussions in sport — we can do better 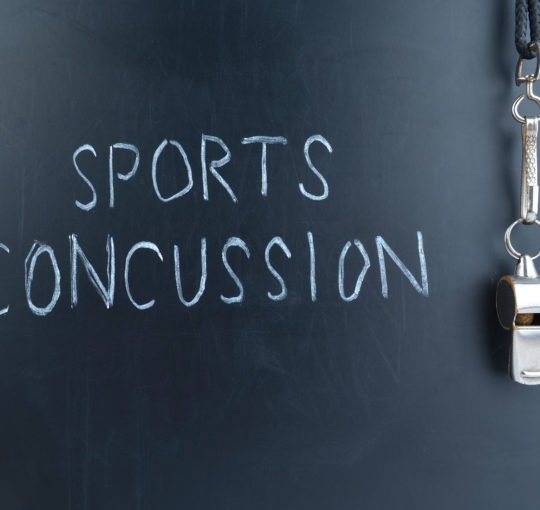 In his teens, Eric Mihalovic was a promising young hockey player. He was tough, a solid player with good hands. “I don’t think we even called the first one a concussion,” he said. “I was hit and my head bounced off the boards. I was 15.” Blurry vision in class and trouble concentrating were nothing compared to the pervasive “shake it off” attitude that was the 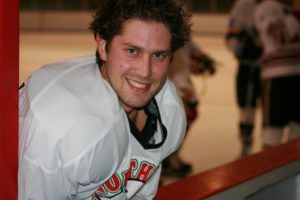 norm in sport only 15 years ago. He was back on the ice the next day. “I had about three more concussions by the time I stopped playing hockey in college in 2004 after a big concussion,” he said. “The thing is, I don’t know how many official ones I’ve had because we didn’t call them concussions until the last the one that ended my career. I didn’t get cleared as symptom-free until 2007.”

Mihalovic had difficulty concentrating, failed courses, eventually having to take reduced course loads in CEGEP and at University. He couldn’t party with his friends either. Eventually he recovered and began to make what had been a passion, coaching sprint canoe/kayak, into a career.

“It’s not a contact sport, and so other than walking into a boat on a rack, it’s hard to knock yourself out coaching,” he said. “But I was biking next to my athletes and took my eyes off the path for a second and hit a fence. It was June 2016. I missed the whole season and wasn’t back until March 2017. I continued coaching, but with symptoms. I wasn’t cleared for full-time coaching until November 2017, 18 months after the accident.”

Mihalovic has recovered, and despite getting fatigued quickly when 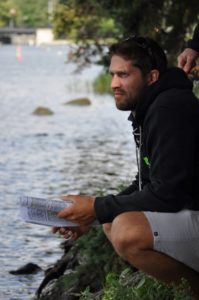 stressed, he realizes that he was lucky. Rowan Stringer, a teenage Ottawa area rugby player, wasn’t. She died when she returned to play a week after sustaining a concussion. The tragic part about both stories, is that they were avoidable.

It’s stories like these that are why SIRC was asked to develop a national concussion awareness campaign. With the right information, in the right hands, we can mitigate risk and avoid tragedy.

Sport is important to Canadians. It is part of who we are. From playgrounds to international podiums, millions of Canadians participate in sport every day. It is well known that the health and social benefits of participating in sport far outweigh potential risks. But the chances are you know someone who has been through an experience like Mihalovic’s. The bottom line is that when it comes to safety in sport, especially around concussions, we can always do better.

It’s not just that we can do better, but that we must do better. And the good news is, we are.

Canada is quickly becoming a leader in concussion prevention and management. In light of new international research on concussion identification and management, the federal government, through the Public Health Agency of Canada and Sport Canada, along with provincial and territorial governments, have created a thorough, science-based framework, Concussion in Sport – Framework for Action. Out of that framework, public safety charity Parachute Canada developed the Canadian Guideline on Concussion in Sport, which includes the latest protocols.

With those key pieces complete and Parachute Canada helping sports customize protocols, Canada is now poised to ensure every athlete in every match in every sport is covered by a robust science-based concussion policy. More than 40 of the nearly 60 sports funded by Sport Canada have policies and protocols in place. The sports without policies are quickly realizing that it’s simply good risk management to have a plan of action for concussions, even if there is little obvious risk.

After all, as Mihalovic’s story illustrates, even if the risk of concussion is seemingly nil on the field of play, concussions can happen anywhere: A coach riding a bike next to their athletes can fall; a rower can hit their head in the boat bay; an official can slip on a spilled glass of water. Sport is made up of unexpected moments, good and bad. Being prepared is simply being smart.

The key to protecting as many in sport as possible is ensuring that everyone involved — volunteers, officials, coaches, parents, athletes, medical staff, science staff administrators — know how to react if there is a concussion. It’s not that everyone needs to know the protocols, but everyone needs to know they exist and where to find them. That way, when an accident happens, the reaction is swift, educated as opposed to rumor or myth, and most importantly, everyone knows their role.

As SIRC spoke with sport stakeholders during the research phase for a new national concussion awareness campaign, we kept hearing that what people wanted was consistency and alignment. Every sport will have its nuances, but the basic elements of every concussion protocol should be the same. A key piece that we heard, from the community level through the university and senior national team level, was the desire for a clear line of authority on return-to-play. Who has the authority to pull an athlete from competition? Who can bring them back into play? Is it the coaches? The parents? A general practitioner? Or should it be an expert from a concussion clinic?

This is a critical piece of any concussion protocols. Who is in charge? The ideal situation is to always err on the side of caution. A win or a medal is never worth a life, no matter the level. But concussion diagnosis is often difficult and rarely a simple yes or no. If a 30-year-old athlete is finally at the Paralympics about to compete for the gold medal after 15-years of hard training, do they get pulled because they might have a concussion, but aren’t exhibiting any symptoms? 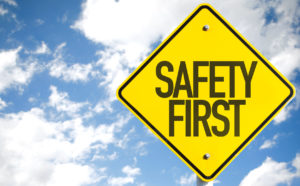 Hopefully that situation can be avoided, but the only way the athlete will be able to live with that decision that pulled them from a championship game, is if they have a clear set of protocols in place ahead of time.

The lesson we’ve seen from athletes over and over again is that if a concussion is mismanaged or ignored it can derail years of training, or, as in the tragic case of Rowan Stringer, take a life. But, if concussions are treated like a visible injury, such as a broken bone, and given time to heal and rest, return-to-play comes faster, and athletes are safer.

“We focus on the actual hits, but that’s not the scary part,” Mihalovic says. “The recovery is scary. Many people, including myself, are afraid they’ll never be normal again and develop anxiety and depression. Thank goodness we have more options and awareness now. But return-to-work and -play is an individual process. So “when in doubt sit ‘em out” is what I live by now.”

The biggest problem isn’t the concussions, but a failure to recognize and respect a concussion injury as seriously as we do other injuries. That must change

The fact is that sport has never been safer. Advances in medicine, equipment and awareness have all contributed to making sport an excellent choice for youth and adults. The reality of concussions is that, just like any other injury, the overwhelming majority of people fully recover when it is properly identified and managed.

Thomas Hall is an Olympic bronze medalist who represented Canada for 15 years. He served as interim-Executive Director of AthletesCAN, the association of Canada’s national team athletes. Tom is now managing Game Plan, Canada’s total athlete wellness program and he is also pleased to be working with SIRC on the Concussion project. He is a writer and Vice President of CanoeKayak Canada.